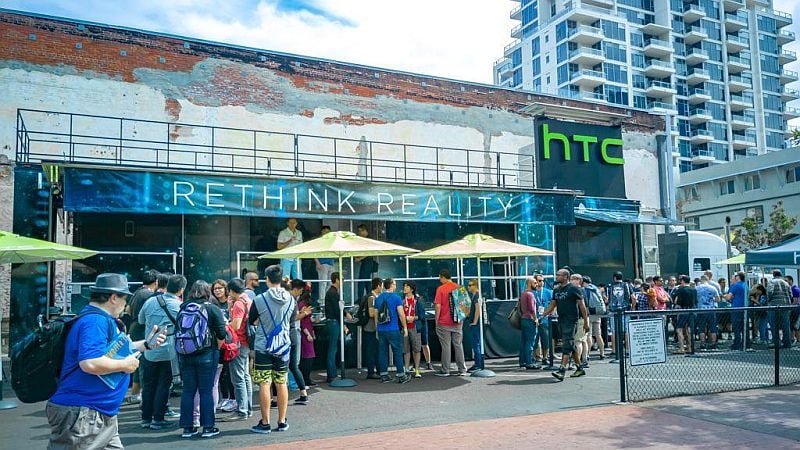 Taiwanese handset maker HTC is set to launch a new VR headset in Japan on Thursday. The new HTC Link VR headset is said to be compatible with the company's recently unveiled U11 smartphone. A report cites HTC to claim that the new VR headset will be exclusive to Japan only.

UploadVR reports that HTC confirmed the exclusivity for the Japanese market. The report adds that the manufacturer pointed out that the new HTC Link isn't a Vive product.

Based on preliminary leaks, the VR headset will support six degrees of freedom (6DOF) tracking which is rumoured to be a highlight feature. It is also said to come with camera and controllers which will have lights on them which could be tracked using an external sensor, a similar setup earlier seen on Sony's PlayStation VR.

For innards, the HTC Link is likely to feature two 3.6-inch displays with 1080x1200 pixels screen resolution with a refresh rate of 90Hz. It is said to come with 110 degree field of view and weigh roughly 554 grams. For content, HTC is said to have tied up with Ghost in the Shell.

The report notes that HTC Vive and Lenovo had last week at I/O 2017 announced their partnership for Daydream-based standalone VR headsets. The new headsets will also support 6DOF tracking when they release this year, which is perhaps why the company has chosen to limit the HTC Link to select audiences.

HTC earlier this month announced its HTC U11 flagship smartphone with the Edge Sense feature. Pricing starts at EUR 749 (roughly Rs. 53,000) for Europe, and in the US at $749 (roughly Rs. 48,000), where it's up for pre-order. Some of the highlights of the HTC U11 were the latest Qualcomm Snapdragon 835 SoC, its liquid surface design, and multiple AI assistants.