HTC Being 'Very Careful' With Its Still-in-Development Smartwatch: CEO 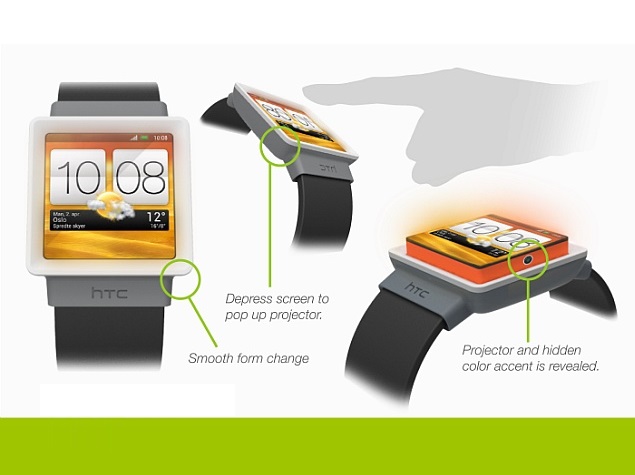 HTC, which has been rumoured to be working on a smartwatch since early last year, finally confirmed the existence of it at MWC by saying that it is "working on it" and is been "very careful" about its development.

Speaking to CNET at MWC 2015 on Tuesday, HTC CEO Peter Chou said, "We try to be very careful instead of just putting out whatever, so we keep working on it." But he didn't shed any details about the upcoming HTC smartwatch.

Multiple HTC executives also told NDTV Gadgets at MWC that the company has had a smartwatch ready for 'several years' but it does not feel the product is ready to be released to the public.

In September, CNET citing sources had reported that the HTC smartwatch will be arriving to the markets in "early 2015", which could run a customised version of the Android Wear.

Last year, just before the MWC, Bloomberg had reported that the Taiwanese smartphone-maker might showcase three of its wearable devices during the event, of which two will be smartwatches and one will be a wristband focusing on playing music tracks. But we saw nothing that year, and instead HTC unveiled its first wearable fitness tracker, the HTC Grip this year at MWC.

The HTC Grip is powered by UA Record, a health and fitness network from Under Armour designed for athletes and fitness enthusiasts. It will be first available in North America beginning Spring 2015 in Deep Teal/ Lime colours at select retailers. Company says it will also reach the rest of the world at a later date.

The HTC Grip smartband runs on the company's own RTOS operating system, and runs on a STM32L151QDH6 SoC. The smartband features GPS and Bluetooth 4.0 and is compatible with devices running Android 4.3 and higher, and iOS 7 and higher.

It features a 1.8-inch (32x160 pixel) PMOLED mono flexible display with capacitive touch input. It comes with 16MB of storage, and 8MB of SRAM. The 100mAh rechargeable battery on HTC Grip is rated to deliver up to 2.5 days of battery life, and 5 hours with GPS activated. Other sensors onboard include a sensor hub, g-sensor, gyroscope, compass, GPS, and light sensor.