In addition to the Honor Watch Magic 2, the Honor FlyPods 3 has been unveiled at the event that carries a price tag of CNY 799 (roughly Rs. 8,100). Details about the availability of the headphones are yet to be revealed.

The Honor Watch Magic 2 comes in a stainless steel build and features 42mm and 46mm case options. The 42mm variant has a 1.2-inch circular AMOLED display, while the 46mm option sports a 1.39-inch display. There are also distinctions on the battery life front. The 46mm option is claimed to deliver up to 14 days of battery life, whereas the 42mm variant is touted to offer a seven-day battery life.

The Honor Watch Magic 2 is powered by HiSilicon Kirin A1 SoC. The smartwatch also works with Huawei TruSleep 2.0 technology that is designed to track and diagnose six common types of sleep disorders. There are also Huawei TruRelax and TruSeen technologies to monitor your mental and physical health. Further, the smartwatch is water-resistant up to 50 metres and can record your heart rate underwater.

When connected with a compatible smartphone, users can also make or receive phone calls via Bluetooth headphones or by using the built-in speaker and microphone. The smartwatch also has preloaded apps including Weather, Alarm, Timer, and Find My Phone. Moreover, there is 4GB of onboard storage that can be used to store up to 500 songs.

Aside from the Honor Watch Magic 2, Honor at its event in Beijing unveiled the Honor FlyPods 3. The new headphones have a noise cancellation design and a Transparency mode that gets activated with a long-press gesture. Further, the Honor FlyPods 3 have three built-in microphones and custom 10mm driver unit. 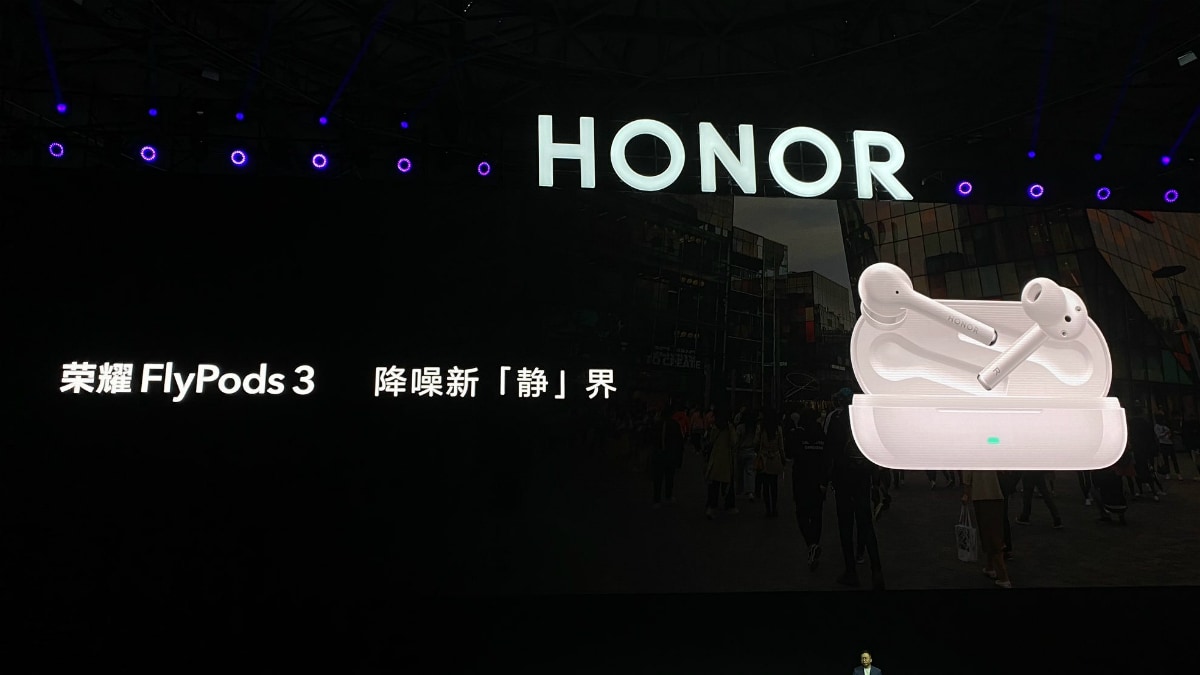 Honor compares the performance of the Honor FlyPods 3 with the Apple AirPods Pro and Sony WF-1000XM3. However, the company is yet to bring the headphones to the masses.