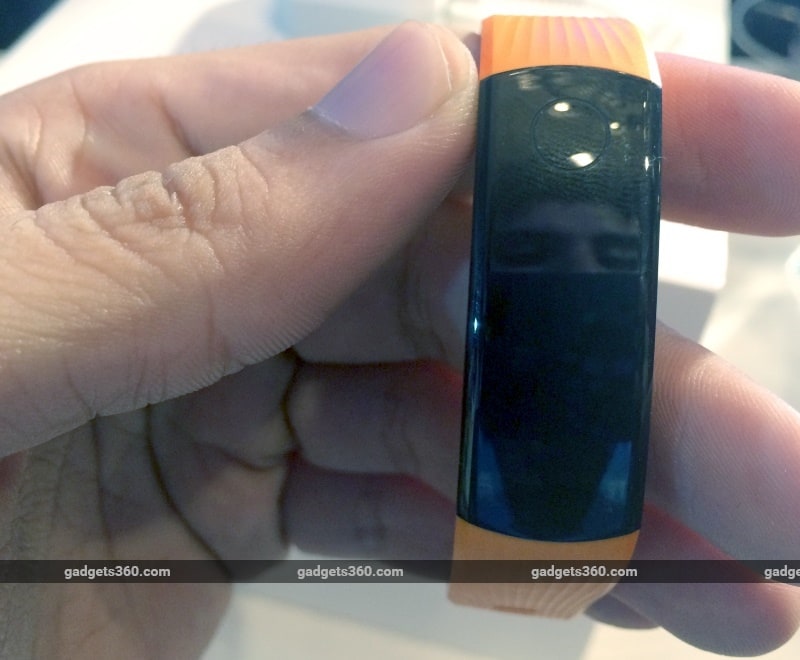 Huawei Terminal brand Honor at an event in New Delhi on Wednesday launched the Honor 8 Pro (Review) in India at a price of Rs. 29,999. However, Honor took some time to announce another product - a new fitness band called the Honor Band 3. The Honor Band 3 is a water-resistant fitness wearable that comes with heart rate sensor with continuous monitoring. It will be exclusively sold on Amazon India later this month in Dynamic Orange, Navy Blue, and Carbon Black colours. Its price has not been disclosed by the company yet.

Originally showcased at Honor 9 launch event held in Berlin in June, the Honor Band 3 sports a design very similar to most of the Fitbit bands. It has a 0.9-inch (128x32 pixel) vertical PMOLED display that shows data related to heart rate monitoring, workout sessions, running, cycling activities, and smartphone notifications as well. It comes with a 16mm wide strap that's made of thermoplastic polyurethane. As we mentioned, it comes with a heart rate sensor capable of measuring heart rate in real time. In addition, it packs in an infrared sensor, pedometer, and a 3-axis accelerometer to map real time data of your sleep schedule patterns, walking steps, calories, distance, and running. All this data can also be accessed on the smartphone via Honor's app.

As for the connectivity, the Honor Band 3 comes with Bluetooth v4.2 LE that will enable pairing with the smartphones running Android 4.4 or higher and iOS 8 or later. The fitness band is also water-resistant up to 50 metres and 5 atmospheric pressure under the water. This property enables a new feature called the swimming mode that will track swim time and calories burnt in the activity. It is powered by a 105mAh battery that is rated to last up to 30 days on a single charge, as claimed by the company.