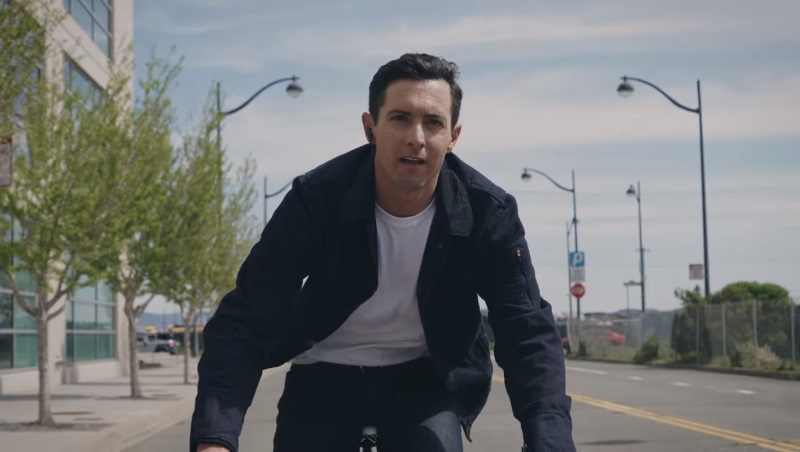 Following their announcement from last year, Google and denim jeans company Levi's have developed a new jacket that lets users interact with their smartphones by swiping at the garment in various ways.

Called the Levi's Commuter Trucker Jacket, the garment is aimed at cyclists who may be too busy riding and concentrating on their surroundings to reach into their pockets and fiddle with their phones.

The jacket is apparently waterproof - except for a detachable electronic smart tag that activates a wireless connection between the clothing and a mobile device.

"If you get this thing dirty, you put it in the washing machine," said Paul Dillinger, company head of global product innovation, during Google's annual developer conference in Mountain View, California this week.

The garment is powered by Google's Project Jacquard technology developed by the internet giant's Advanced Technology and Projects (ATAP) group.

The Commuter Trucker Jacket will be available in a limited beta this fall, before making its way to stores and levi.com in Spring 2017.

In a press statement, Levi's describes the technology:

"It all starts with a conductive yarn woven into the fabric - in the same way traditional materials are made - to create an interactive textile that links seamlessly with services and applications through interactive touch. The digital connectivity is provided through a smart tag, and apart from this detachable tag, the whole interactive garment is washable and durable like regular denim. Simple inputs like swipes or taps on the jacket can connect to the device's functionality to control music and silence calls, where the touch then registers wirelessly to a phone or tablet... Jacquard is a platform, and with the Levi's Commuter Trucker Jacket , you decide what it does for you. A fully integrated app will allow the user to program the level of interaction with their device, and what features are most important to them adjusting music volume, silencing a call, or getting an estimated ETA to their location."