The Garmin Forerunner 945 smartwatch holds the ability to 'store up to 1,000 songs'. 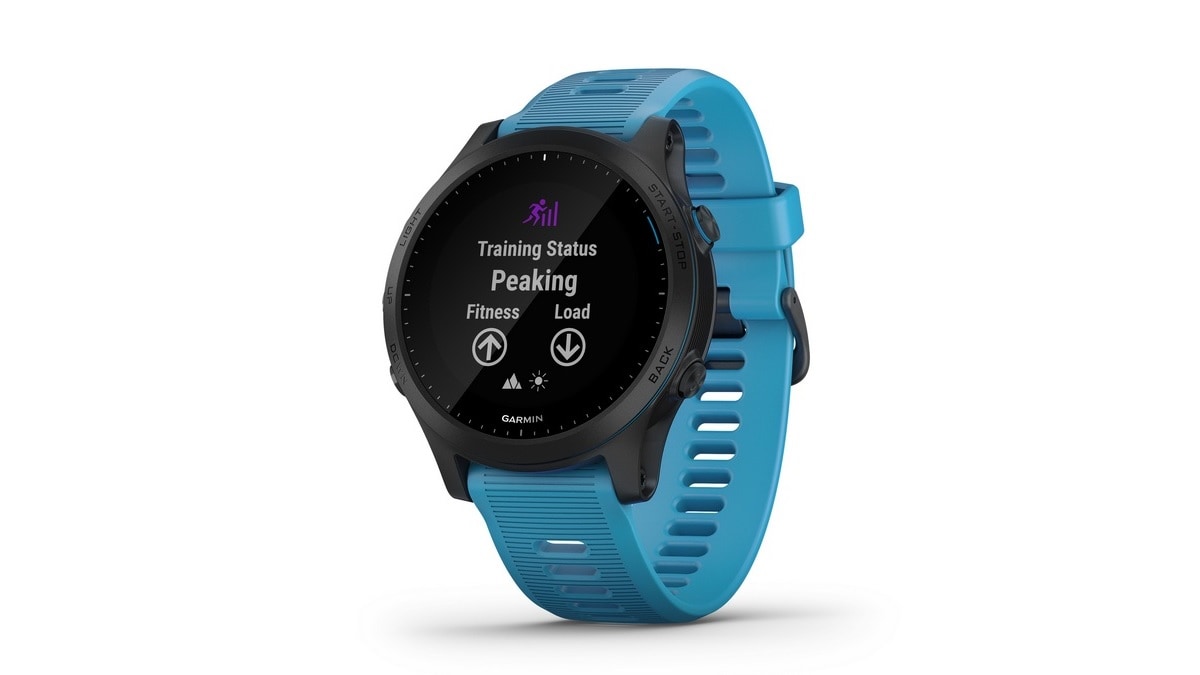 Refreshing its flagship Forerunner series, US-based wearable major Garmin on Monday launched its Forerunner 945 wearable in India at Rs. 59,990, a premium GPS-enabled smartwatch from the company focused on fitness.

"With the launch of Forerunner 945, we aim to add more thrill and adventure for the running community. The watch comes with exciting features like premium music services, VO2 max, aerobic and anaerobic training effect and incident detection," Ali Rizvi, National Sales Manager-Garmin India, said in a statement. The smartwatch has a battery life of up to 2 weeks in smartwatch mode, up to 10 hours in GPS mode with music, up to 40 hours in GPS mode, and up to 60 hours in Ultratrac mode.

The Garmin Forerunner 945 smartwatch holds the ability to 'store up to 1,000 songs' for phone-free listening and even syncs one's favourite music from select streaming services like Spotify or allows transferring music from a computer to the user's device.

Another feature with the Forerunner 945 series is the Body Battery feature which helps optimise body's energy. The Body Battery energy monitoring uses collected data to gauge one's energy reserves at any moment so that the user can plan the day accordingly.

Earlier this month, Garmin launched the Forerunner 245 and Forerunner 245 Music GPS-enabled smartwatches in India, priced at Rs. 29,990 and Rs. 34,990 respectively.