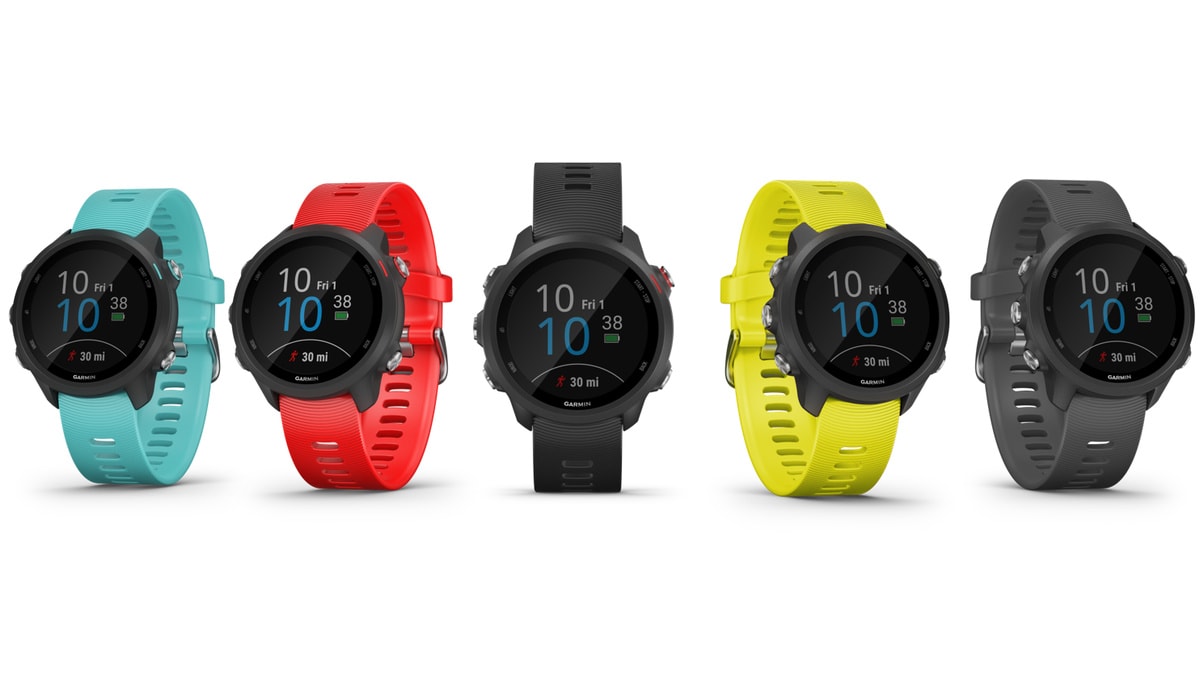 The Garmin Forerunner 245 and Forerunner 245 Music GPS-enabled smartwatches are touted to be lightweight, sport five buttons, and come with an always-on, sunlight-readable display. Other key features of the two smartwatches include all-day activity tracking, smart notifications, wrist-based heart rate monitoring, and new safety and tracking features that allow users to share their real-time location with chosen contacts in case they need help. The smartwatches are also compatible with the Garmin Coach app, allowing users to train for a 10km or half-marathon with the help of three new running coaches - Jeff Galloway, Greg McMillan, and Amy Parkerson-Mitchell.

Other Forerunner 245 and Forerunner 245 Music features VO2 Max monitoring, training status with adjustments for heat and recovery time, as well as aerobic and anaerobic training effects. A Running Dynamics Pod or compatible heart rate strap can also be added for users to see additional dynamics. Also available is a wrist-based Pulse Ox sensor that will help gauge how oxygen is being absorbed. As we mentioned, the two watches are touted to feature up to 7 days of battery life in smartwatch mode, up to 24 hours in GPS mode and up to 6 hours in GPS mode with music. The Forerunner 245 Music holds up to 500 songs and lets users sync playlists from select preloaded music streaming services, like Spotify and Deezer, or transfer music from a computer.

Finally, the touted Body Battery feature on the Garmin Forerunner 245 and Forerunner 245 Music is said to help optimise the body's energy. The energy monitoring feature uses "collected data to gauge one's energy reserves at any moment, so that the user can plan their day accordingly, optimising times for activity and rest."

Commenting on the launch of these new models of the Forerunner series, Ali Rizvi, National Sales Manager - Garmin India said, "The Forerunner series is the flagship series for Garmin, which has been highly appreciated by the running fanatics. Adding more value to the series, Garmin India today launched the Forerunner 245 and Forerunner 245 Music for all those enthusiasts who wish to combine intelligence, style and futuristic features, all in one. With features like body battery, VO2 max, incident detection, race predictor etc., this Forerunner series will prove to be the perfect running partner to deliver an enhanced running experience to the users."