The highlight of the new Forerunner wearables is they feature Glonass and GPS. Both the Garmin Forerunner 230 and Forerunner 235 (seen above) smartwatches are shock resistant and water resistant up to 50 metres. The wearables can track various activities including running, sleeping, counting steps, calories, and distance covered. They can also show maps on the display apart from running matrices like pace, speed, and distance.

The company says that both the Garmin wearables are compatible with Android, iOS, and Windows 10 Mobiles devices and can be connected to a smartphone via Bluetooth. The wearables can notify about the incoming call, text, calendar reminders, and more from the connected smartphone. Both feature accelerometer sensors. 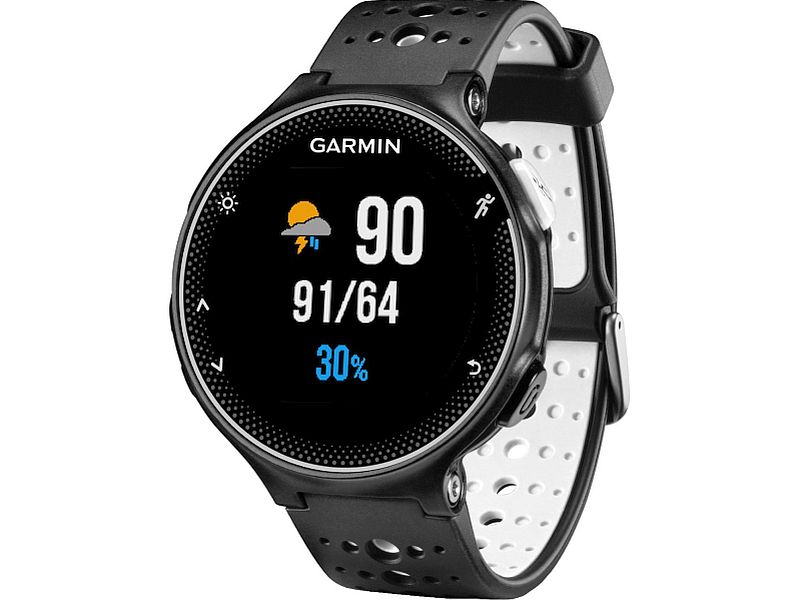 The Garmin Forerunner 230 (seen above) features a 1-inch screen with 215x180 pixels resolution. It is said to offer up to 5 weeks of battery life in Watch mode and up to 16 hours in Training mode. It measures 45x45x11.8mm and weighs 41 grams.

The Garmin Forerunner 235 sports 1.23-inch display with 215x180 pixels resolution. For battery life, the wearable is claimed to offer up to 9 days with regular use including watch, activity tracking, notifications, and heart rate measurement while just up to 11 hours in Training mode. It measures same as Forerunner 230 but weighs 42 grams.