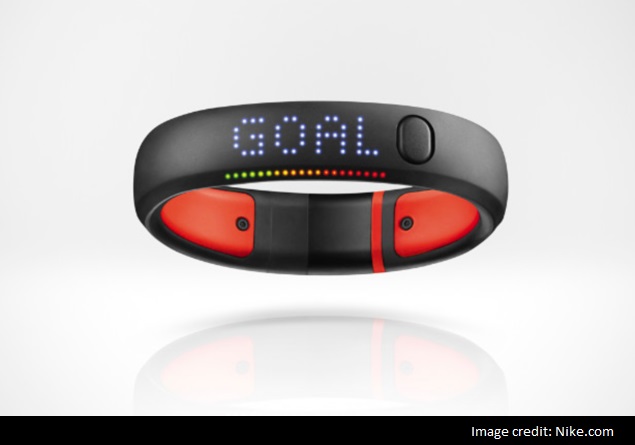 But we had done essentially the same thing. We spent the day walking around San Francisco together - the same number of miles, same number of hills - but for whatever reason, our FuelBands were out of step. His registered thousands of steps more than mine did.

That's the uncomfortable truth about many of the fitness wristbands you see people wearing. They don't really work - or at least not as well as their manufacturers would have you believe.

So maybe it is no surprise that Nike laid off a big part of its FuelBand team this month. As other companies dive into wearable devices, Nike is pulling back. Why? Nike told me the FuelBand would remain an important part of its business, but the company would be focusing on apps, not hardware.

The reality is that many devices claiming to monitor fitness and health probably overpromise and underdeliver. Jim McDannald, a podiatrist and health and fitness technology writer at The Wirecutter, a technology testing website, said many of these devices were more about marketing than medical understanding.

"People are getting fitness-tracker fatigue," McDannald told me. In large part, it's because many of these devices are simply inaccurate. You may have burned more - or fewer - calories than they say. Or, in my case, walked more steps.

"Even a cheap pedometer is more accurate than these wristband trackers," McDannald said, though he acknowledged that wristbands do push people to get up off the couch.

And don't get him started on sleep trackers. His take on those devices: "ridiculous." The only one he has found that works well is the Basis B1 band, which has a built-in heart-rate monitor. The rest, he said, rely mostly on guesswork.

Tell me about it.

I've tested the Jawbone Up, which can track your movements and your sleep. While the step-counter is one of the best I have seen, after I spent a restless night searching for sheep to count, the band told me I had slept for a blissful eight hours.

Whatever their accuracy, these monitors have plenty of takers. According to a report by Canalys, the market research firm, more than 17 million wearable devices, including smart watches and fitness bands, are expected to be sold in 2014 alone. The report estimated that hardware makers would sell 23 million by 2015 and more than 45 million by 2017.

To see if this was a hardware problem with a software solution, I recently tested two apps, Breeze and Moves, that claim to track the number of steps you take using a sensor in an Apple iPhone. One day, Moves said I had walked 3,070 steps, while Breeze said I had taken 3,363. Same iPhone, different results.

Some devices promise more, claiming to monitor vital health signs. Healbe, for instance, says that its GoBe band can read glucose levels through the skin.

I asked the marketing team for the company, which recently raised $1 million in financing, how the wristband could accurately monitor blood sugar without drawing a drop of blood. They acknowledged that the product wasn't completely precise.

"We're not touting this as a medical device," said a spokesman. "We don't want diabetics using this product."

Fine. But the company's sales page makes several promises that espouse the device's accuracy. Some people have questioned the GoBe, noting that many of its claims appear scientifically impossible.

One company everyone seems to be waiting for in this field is Apple. It has been working on a wrist device that is expected to integrate health statistics and tracking.

As I reported with my colleague Brian Chen, a group of Apple executives met with directors at the Food and Drug Administration in December to discuss mobile medical applications, according to the FDA's public calendars, which list meeting participants.

"These technologies will have enormous potential over time, but I think their full potential will take many years to realize," said Dr. David Blumenthal, a former adviser to President Barack Obama and president of the Commonwealth Fund, a New York-based foundation that focuses on health care. "In pioneer analogies, we're just landing on Plymouth Rock."

And for the moment, at least, the accuracy of many health wristbands is not exactly rock solid.

How to build your own Nasa-approved Mars Rover
Samsung lures developers with $1.25 million prize for Gear App Challenge