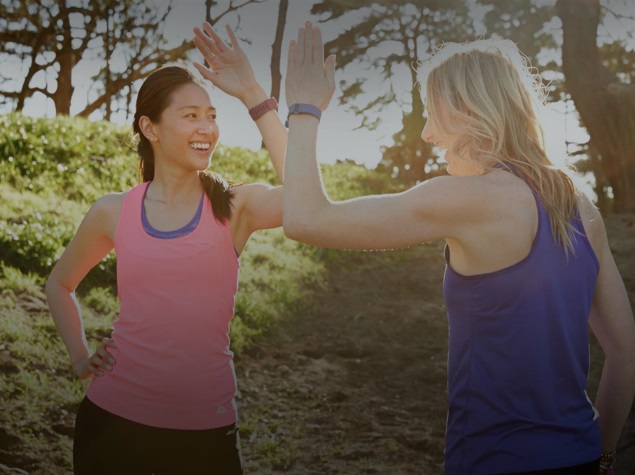 It demonstrates growing end-user interest and the vendors' ability to deliver a diversity of devices and experiences, he added.

"In addition, demand from emerging markets is on the rise and vendors are eager to meet these new opportunities," he said.

Samsung had a 5.3 percent share with 0.6 million units, while Jawbone held 4.4 percent of the wearables market with 0.5 million units.

"What remains to be seen is how Apple's arrival will change the landscape. The Apple Watch will likely become the device that other wearables will be measured against, fairly or not," Llamas said.

This will force the competition to up their game in order to stay on the leading edge of the market, he added.

"As with any young market, price erosion has been quite drastic. We now see over 40 percent of the devices priced under $100 (about Rs. 6,400), and that's one reason why the top 5 vendors have been able to grow their dominance from two-thirds of the market in the first quarter of last year to three-quarters this quarter," IDC Senior Research Analyst (Worldwide Mobile Device Trackers) Jitesh Ubrani said.

Despite this price erosion, Apple's entrance with a product priced at the high-end of the spectrum will test consumers' willingness to pay a premium for a brand or product that is the centre of attention, he added.

Elaborating on Xiaomi's quick rise to near the top of the market, he IDC report added, "Xiaomi started off the year by blasting through the one million unit mark with its Mi Band for the first time, a significant feat made all the more impressive considering the device just started shipping during the second half of 2014."