Smartwatch pioneer Pebble announced Wednesday it was shutting down, with tech wearables giant Fitbit acquiring some of its assets including key personnel. Upcoming Pebble hardware, such as the Pebble Time 2 and Pebble Core smartwatches, will be cancelled, while the further fulfilment of Pebble 2 orders will cease. Refunds will be issued to Kickstarter crowdfunding backers.

"Due to various factors, Pebble is no longer able to operate as an independent entity. We have made the tough decision to shut down the company and no longer manufacture Pebble devices," Pebble founder Eric Migicovsky said in a statement.

(Also see:  Fitbit May Buy Pebble, but Can It Really Make a Killer Smartwatch?)

Pebble, one of the early makers of connected watches which has sold some two million devices since launching in 2012, said that "many members of Team Pebble will be joining the Fitbit family to continue their work on wearable software platforms."

A separate statement from Fitbit said it had acquired "specific assets of Pebble, including key personnel and intellectual property related to software and firmware development," but not the company's hardware product.

Terms of the deal were not announced, but earlier reports pegged at at under $40 million (roughly Rs. 270 crores).

"With basic wearables getting smarter and smartwatches adding health and fitness capabilities, we see an opportunity to build on our strengths and extend our leadership position in the wearables category," said Fitbit chief executive James Park. 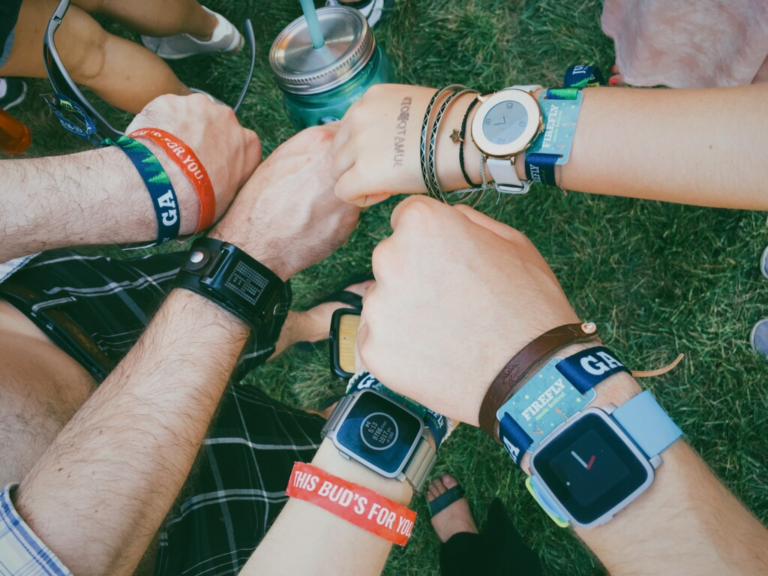 "With this acquisition, we're well positioned to accelerate the expansion of our platform and ecosystem to make Fitbit a vital part of daily life for a wider set of consumers, as well as build the tools healthcare providers, insurers and employers need to more meaningfully integrate wearable technology into preventative and chronic care."

Pebble was among the early developers of smartwatches, raising money on the Kickstarter crowdfunding platform. Its 2015 drive raised a record $20.3 million.

The deal comes with Fitbit leading the pack of connected wearables makers, but with its stock slumping.

Fitbit shares rose slightly to $8.02, well off its highs last year above $50.

A report this week from research firm IDC shows Fitbit with 23 percent of the global wearables market in the third quarter, shipping some 5.3 million devices including fitness bands and smartwatches.

IDC said 85 percent of the market remains "basic" wearables with a single function such as fitness tracking, with sluggish growth in the market for more complex devices that have their own applications like the Apple Watch.