Crowdfunded Headphones Will Monitor Your Health While You Work Out 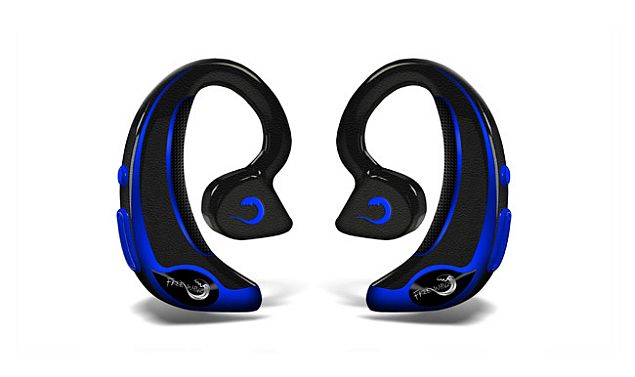 Every week, we're looking for new projects on crowdfunding websites like Kickstarter and Indiegogo, to find the most innovative and exciting new projects available. That's because in the last couple of years, some of the most exciting developments in technology have come, not from the established players but from small teams with big dreams, like the Pebble smartwatch and the Oculus Rift. We're watching out for what comes next.

One such project is the FreeWavz smart earphones. There was a rumour (later debunked) for a while that Apple was going to release a new type of headphone with a fitness monitor built in. While Apple might not have gone for this idea, we still believe that it was a very interesting solution that felt less cumbersome than other ideas for wearable health devices. That's why we're excited about the FreeWavz, which, terrible name aside, seem to be a pretty good concept.

The headphones have an in-ear over the ear clip design, which should stay in your ears even in the middle of an active workout. Since they're connected to your phone over Bluetooth, there are no wires either. They are also, thankfully, water resistant so even if you sweat while working out, you won't damage your headphones.

That in itself is pretty good, but there is no shortage of Bluetooth headphones these days. What sets the FreeWavz apart though, is that they are able to measure multiple health and fitness related metrics, and deliver the results as voice reports, as and when you want them. They've also got an external microphone, which is used to allow you to hear environmental sounds - so they're safe to wear and listen to while jogging or running as you'll still be able to hear things around you.

The headphones use a pulse oximeter and 3-axis accelerometers to capture fitness data and can measure things like your heart rate, the oxygen saturation in your blood, steps climbed, act as a pedometer, and more.

The headphone also comes with a companion app, where you can control things like the ambient audio level (so for example, working out at home could be zero environmental sound, while going for a jog could be 75% environmental sound) and also telling the device what activity you are going to be doing. Riding a bicycle and running have different impact on your body, and through the app, you're able to more accurately track this.

The headphones will work with Android devices with support for Bluetooth LE, and iPhones from the 4S and up, and with the iPod Touch 5th generation. Each earpiece has a 100mAh battery, and should run for approximately 8 hours, after one hour of charging.

Overall, this sounds pretty great, and you can see the video explaining things in more detail below.

The project will be accepting funds till August 7. If you'd like to read about more projects from the world of Crowdfunding, click here.