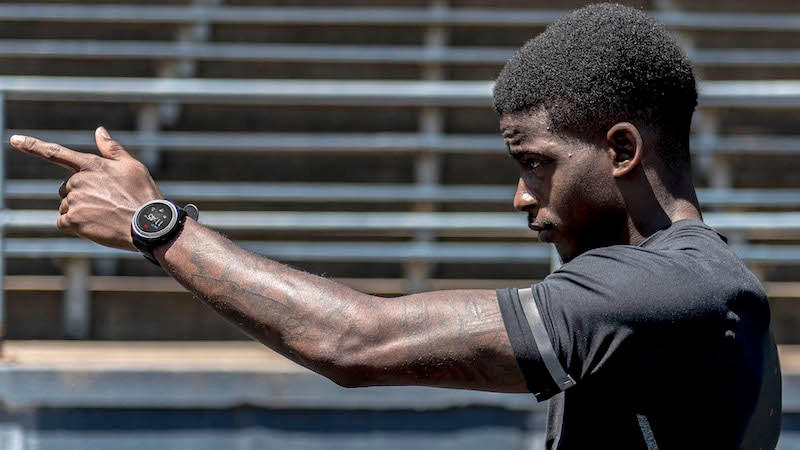 Intel, a giant in the world of chip makers, and New Balance, one of the world's largest sports brands, have teamed up to launch a fitness-oriented smartwatch. The New Balance RunIQ is an Android Wear smartwatch that has several features for runners.

The chipmaker claims that this watch has been designed for runners, by runners. The feature set seems to vouch for that with some of the highlights being its ability to sync with Strava, which is perhaps the most popular running app in the world. New Balance RunIQ will let you share workouts directly to Strava.

The watch has GPS, which is a basic requirement for running watches as you can map your run and get a reasonably accurate reading of your pace. The inclusion of a heart rate monitor is another big plus for runners. New Balance RunIQ runs Android Wear so this is perfect for people who have Android smartphones. Although Android Wear has support for iPhone, it's quite rudimentary and won't be a great experience overall.

The smartwatch also lets you store and sync music downloaded from Google Play Music and that limits its utility outside of the US and a few other countries where the streaming service works. If that's a dealbreaker, you could look at alternatives such as the TomTom Spark Cardio+Music As for its specifications, the New Balance RunIQ runs the Intel Atom Z34XX processor, and sports a 1.39-inch AMOLED screen, 512MB RAM, and 4GB storage. The watch is priced at $299.99 (roughly Rs. 20,000) and is up for pre-orders from Thursday, January 5. It'll be available worldwide from February 1, 2017.