Samsung in September during IFA 2015 launched the Tizen-based Gear S2 smartwatch. At that time, Samsung said the watch worked with Android devices running Android 4.4 KitKat with more than 1.5GB of RAM. Now the South Korean tech giant at CES 2016 has announced that the smartwatch will soon be compatible with iOS devices as well.

The company said the Gear S2 support for iOS is undergoing development for now and will finally roll out later this year. No other details were mentioned.

To remind users, Android Wear in September got support for iOS devices. Samsung also announced two new variants of the Gear S2 Classic, which was launched alongside the Gear S2 in September last year. The first variant of the smartwatch comes with 18K Rose Gold plating, while the second version is platinum-plated. The Rose Gold variant comes paired with an Ivory genuine leather band, while the Platinum version will arrive with a Black genuine leather band. 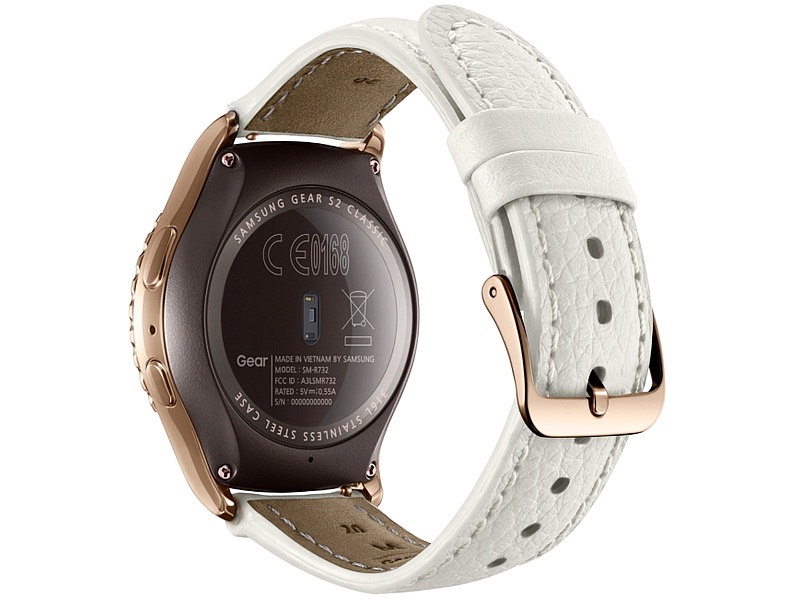 The company says both the iterations of the Gear S2 Classic will be available starting February this year and will feature similar innards as the original version. In addition, the new Gear S2 Classic smartwatches will house some new watch faces as well featuring Peanuts characters along with art works from Keith Haring, Jean-Michel Basquiat, Jeremyville, and Burton Morris. The company has partnered with some "exclusive designers" for some premium watch straps. Although the prices of the Rose Gold and Platinum variants were not revealed by Samsung, it is for sure that both will cost more than that of the original Gear S2 Classic.

The latest Samsung Gear S2 and Gear S2 Classic are the first Samsung smartwatches with circular designs. Both the Samsung Gear S2 and Gears S2 Classic smartwatches feature a 1.2-inch circular Super Amoled display with a screen resolution of 360x360 pixels and a pixel density of 302ppi. The new wearables are powered by a dual-core 1GHz processor. Tizen OS-based smartwatches come with 512MB of RAM and 4GB of storage. Both the devices are IP68-certified which means they are dust and water resistant. The Gear S2 and Gear S2 Circular feature accelerometer, gyroscope, heart rate, ambient light, and barometer sensor. The smartwatch supports wireless charging and pack a 250mAh battery with a typical usage of 2-3 days.