Blocks Wants to Be the World's First Modular Smartwatch 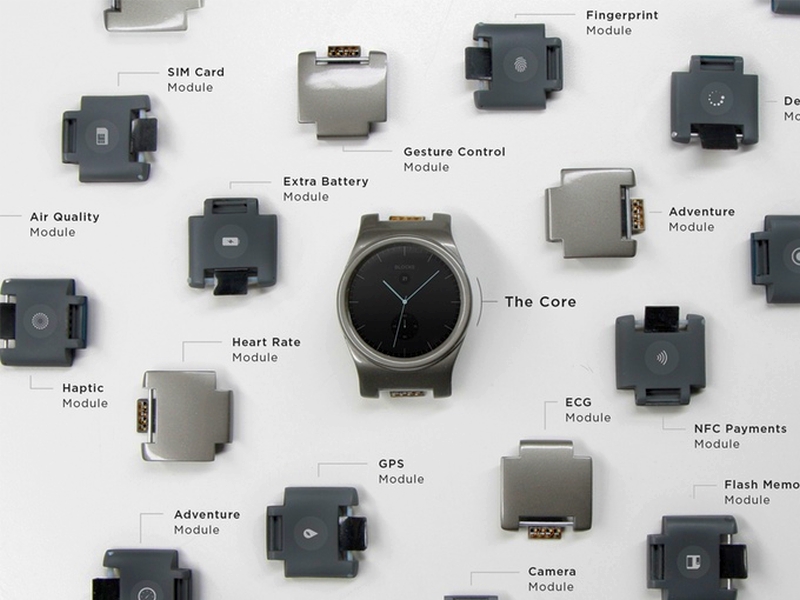 The idea sounds similar to Google's Project Ara, the modular phone prototype which is now expected to launch sometime in 2016.

The Blocks smartwatch has a core which is a basic smartwatch, and then, for the strap, you can put in other parts, such as a SIM card module for data connectivity without a phone, a fingerprint module for extra security, or modules for measuring your heart rate, an ECG, adding an extra battery, NFC for payments, or a GPS module, to name a few.

The idea is that you can pick and choose which modules you want, and customise your experience with the Blocks watch. Launched on Tuesday, the watch hit its funding goal of $250,000 (approximately Rs. 1.6 crore) in less than an hour; now, it's nearly hit double that amount, with over a month to go before the project stops accepting funding.

The idea of an upgradable smartwatch sounds quite appealing, and the company states that it will keep developing new modules and releasing them over time. It's also planning on releasing a software development kit and a module development kit, to enable third-parties to come up with solutions that can make the Blocks smartwatch more useful.

The modules themselves are built around the Block 'core', the central watchface that supports features like smartphone notifications, activity tracking, and voice control, with a round colour touch screen. The company is also working on square and e-ink cores, which will also be compatible with existing modules.

The Blocks will be compatible with both iOS and Android, and is IP67 certified, which is to say, dust and water resistant.

You can see the full explanation in the video below:

For now, you choice of modules is limited to an extra battery pack, heart rate monitor, GPS, NFC, and a combined altitude, pressure, and temperature module. The next batch of modules will include a SIM module, fingerprint scanner, LED torch, and a programmable button, with future plans for other modules such as an air quality monitor or a camera. The modules are individually being sold for $30 (approximately Rs. 1,950), for now.

Despite all this, it's important to mention that making a modular product that's still small enough to be mobile is a big challenge. It's something that even Google, with all of its resources, is struggling with - Project Ara was supposed to have launched by now, and has been delayed to sometime in 2016. If you're planning on backing this project, then you need to be clear that there is a real chance it won't actually work out. Don't back this project unless you're okay with taking that risk.

For example, there's the GlowGene, a DNA altering kit that any mad scientist would be proud of; the Sensel Morph can give Force Touch support to your old iPad; and the Impact Wrap turns your punching bag into a connected gadget.