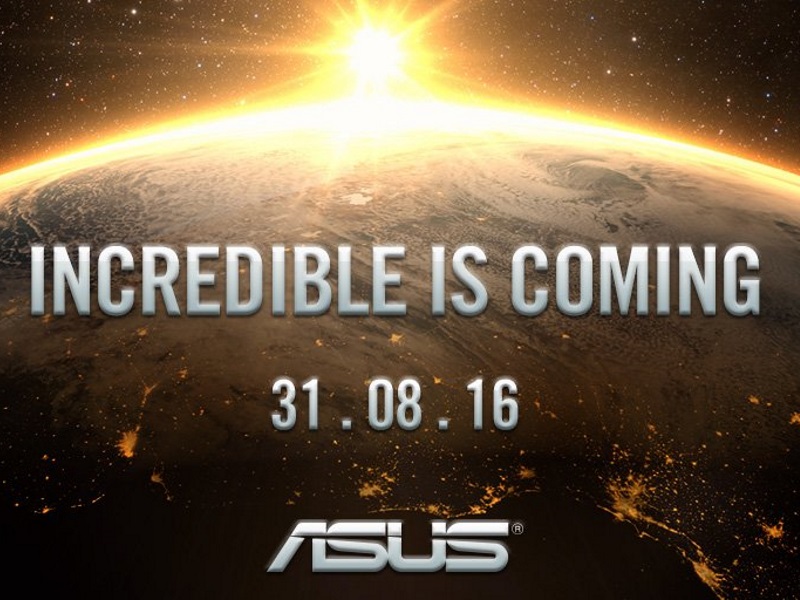 Highlights
Last week some images of alleged Asus ZenWatch 3 were leaked and unlike its earlier models, the upcoming generation of the company's Android Wear-based smartwatch series was suggested to have a round shape. Now, Asus has gone ahead and posted a teaser image on its Twitter account that says "Incredible is coming" and below this message, the date August 31, 2016 has been mentioned by the company, along with the IFA 2016 hash tag.

The teaser suggests a launch by the company and considering that ZenWatch 2 was launched around same time last year, it will not be a far-fetched thought to link the teaser with the launch of next iteration of the smartwatch. However, Asus can easily launch a smartphone, a tablet, or even a laptop at its pre-IFA 2016 event.

At this time, there is no conclusive evidence to prove which devices will be launched at the event. Therefore, we will have to wait for an official word from the company regarding the matter. IFA 2016 kicks off on September 2, and lasts till September 7.

The alleged Zenwatch 3 images were leaked on Chinese website ePrice (via GSMArena) and showed accessories along with the watch.

ZenWatch 2 was launched at the IFA trade show in two variants with display resolutions of 320x320 pixels and 280x280 pixels. The watch was launched with an Amoled display and had a 2.5D curved Corning Gorilla Glass 3. The smartwatch was launched from Rs. 11,999 in India.

In our review of the ZenWatch 2, we said that it was priced extremely competitively and was the most affordable Android Wear smartwatch that you could buy at the time in India. We also said that it offered everything that Android Wear is capable of and more.
Affiliate links may be automatically generated - see our ethics statement for details.
Comments