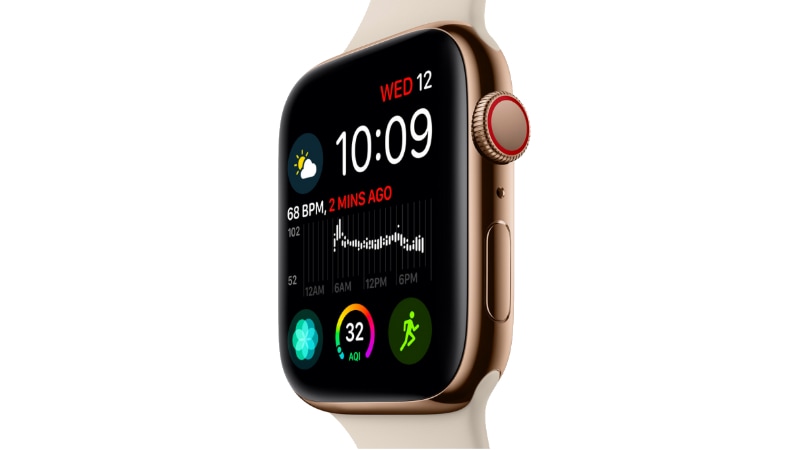 Apple is expected to release a fix for watchOS 5.1 soon

Apple just announced its latest MacBook Air, Mac mini, and iPad Pro models at an event held in New York on Tuesday. With the launch of its latest premium iPad Pro tablet series, Apple also released its latest iOS 12.1 and watchOS 5.1 software updates. The latter, however, seems to have not been received well as several users are reporting that their Apple Watch Series 4 units have seemingly been “bricked” after installing the update. Apple has currently suspended the update and is working on a fix to roll out watchOS 5.1 to all eligible Apple Watch models soon.

First spotted by the folks over at 9to5Mac, this issue has been reported by multiple users on platforms like Twitter and Reddit. Within hours of the release, one user took to Reddit to post a photo of their Apple Watch Series 4 that shows the Apple logo and has seemingly not waken up since installing the update. This post attracted dozens of other users who report the same issue on different configurations of the wearable. Restarting the smartwatch does not appear to help the plagued users.

In a statement to CNET, Apple responded, “Due to a small number of Apple Watch customers experiencing an issue while installing watchOS 5.1 today, we've pulled back the software update as a precaution. Any customers impacted should contact AppleCare, but no action is required if the update installed successfully. We are working on a fix for an upcoming software update.”

While no clear timelines have been given, we can expect the fix to arrive in the next week or so considering how swift Apple usually is with these things. Despite that, pushing a considerably major software update has its consequences especially considering the wearable is one of the most popular in the world. That said, a number of users on social media have claimed that their units worked perfectly fine after the update leading us to believe that the bug is limited to a certain number of users.

As for what's new in watchOS 5.1, Apple brings support for fall detection, Group FaceTime audio, new emoji, refreshed watchfaces, and addresses certain issues. Bugs in the Walkie Talkie app and the Activity app have been fixed with this iteration of the software.