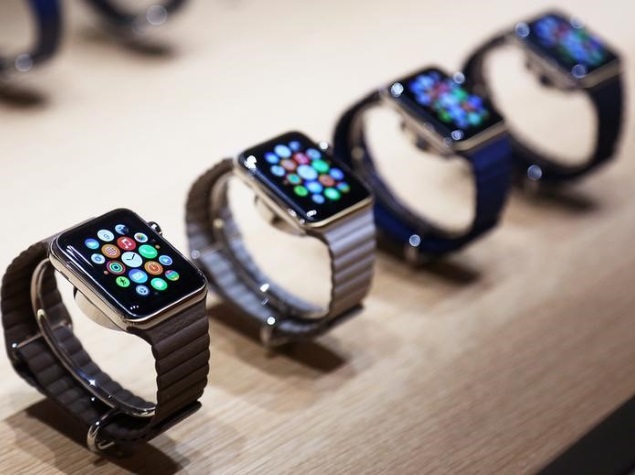 Wearable technology devices are seeing a growth surge that is likely to continue over the next few years, helped by the soon-to-be-released Apple Watch, a market tracker said Monday.

IDC said it expected some 45.7 million wearable tech gadgets to be shipped globally this year, up 133 percent from 2014.

Propelling the market higher will be devices like the Apple Watch, along with other smartwatches like Motorola's Moto 360, and Samsung's Gear watches.

Wrist-worn wearables, including bands, bracelets, and watches, will account for more than 80 percent of the market over the coming years, IDC said. But it also sees strong growth in smart clothing -- shirts, socks, hats, and other products with computing power -- along with connected eyewear and earwear.

"Smart wearables are about to take a major step forward with the launch of the Apple Watch this year," said IDC analyst Ramon Llamas.

"The Apple Watch raises the profile of wearables in general and there are many vendors and devices that are eager to share the spotlight. Basic wearables, meanwhile, will not disappear. In fact, we anticipate continued growth here as many segments of the market seek out simple, single-use wearable devices."

IDC analyst Ryan Reith said that fitness bands, the early leader in wearables, have come down in price and are now being bundled with smartphones at little cost.

"The explosion of wearable devices was clearly led by fitness bands, which until recently commanded prices that provided comfortable margins, but those days are changing," he said

"The market is quickly shifting toward higher-priced devices that offer greater functionality."

IDC said it sees "smart wearables" with the ability to run outside applications grow 510 percent this year to 25.7 million units, while "basic" wearables will grow some 30 percent to 20 million units.