Apple Watch Series 5 was unveiled by Apple at its Special Event on Tuesday. Alongside, Apple announced the iPhone 11, iPhone 11 Pro, iPhone 11 Pro Max, and a new 10.2-inch iPad. The Apple Watch Series 5's biggest highlight is its always-on display Retina display, using an LTPO OLED display panel. This feature makes it stand out compared to all previous generations of Apple Watch models, and lets users see the smartwatch display even without lifting their wrists. Meanwhile, the company is, for the first time, also providing a titanium case option. Also new is an International Emergency Calling feature, letting users place an emergency call in a foreign country. Read on for details on Apple Watch Series 5 India price, sale date, features, and specifications.

The Apple Watch Series 5 (GPS) will go up for pre-orders today from Apple.com and in the Apple Store app, with availability beginning Friday, September 20 in the US, Puerto Rico, the US Virgin Islands and 38 other countries and regions. This availability was detailed for the Apple Watch Series 5 GPS model, while the GPS + Cellular model will be up for order in 22 countries and regions on September 20.

The Apple Watch Series 5 will be available in two sizes of cases – 44mm and 40mm – and features a ceramic and sapphire crystal back finish. Both are 10.7mm thick, and feature a digital crown with haptic feedback. It is powered by Apple's new 64-bit dual-core S5 processor, said to be up to 2 times faster than the S3 processor. The W3 wireless chip provides connectivity. There is 32GB of storage on the smartwatch. 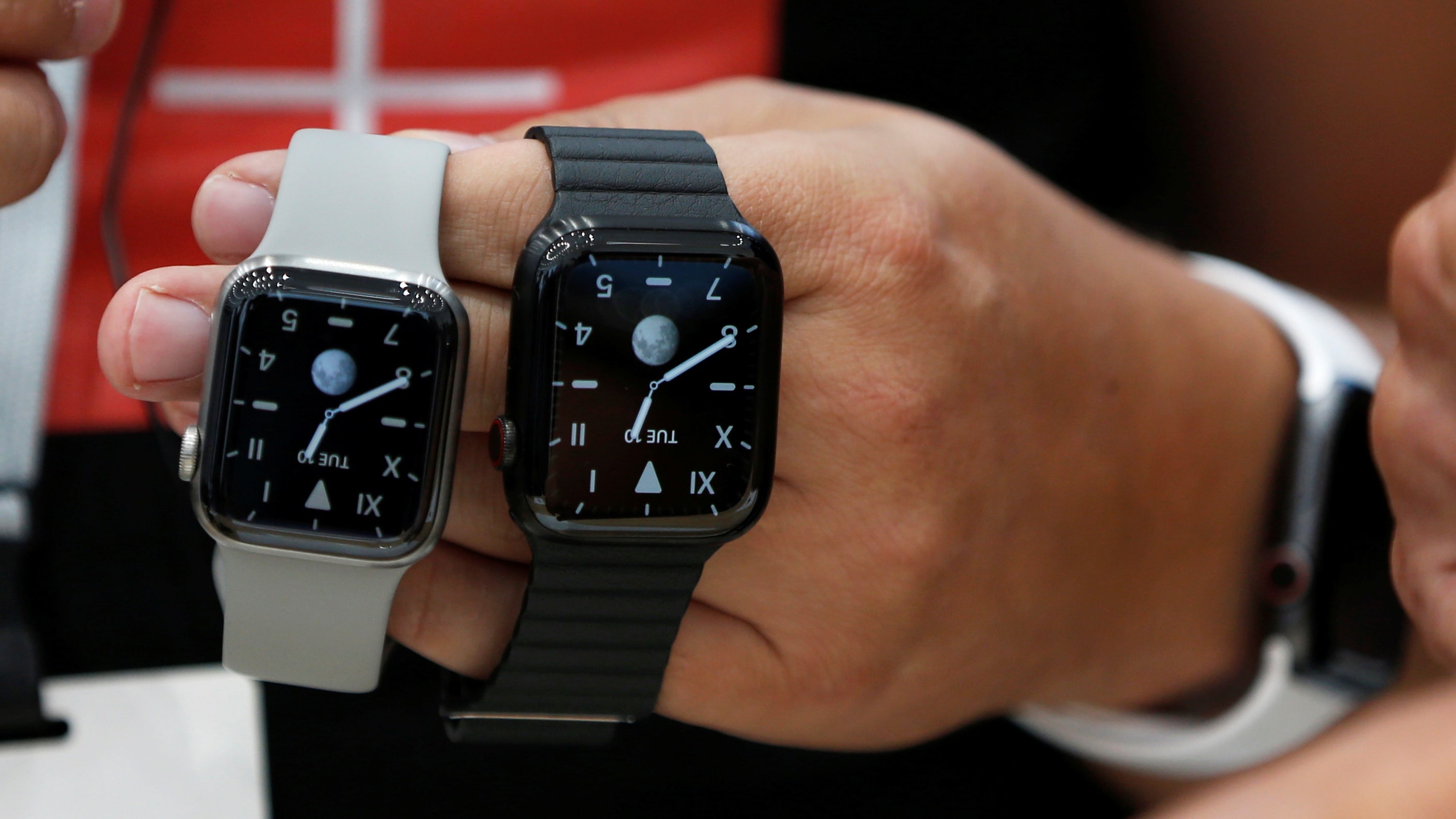 Detailing the Apple Watch Series 5 cases and finishes, the company said “Apple is introducing a new case material made of titanium, a prized material in watchmaking that has superb strength-to-weight ratio and is lighter than stainless steel. Available in two beautiful brushed finishes, the natural titanium has a custom-engineered surface which helps maintain its colour and resist staining, while the space black titanium achieves its deep colour from a diamond-like coating (DLC).”

It adds, “Classic styles like the stainless steel case in Gold, Silver, and Space Black remain, while the aluminium case in Silver, Gold, and Space Gray is now made for the first time from 100 percent recycled 7000 series aluminium. This fall, the highly scratch-resistant and beautiful white ceramic case is also available, along with a new sport loop and a wide range of great new band colours, which work with any generation of Apple Watch.”