Apple Watch Series 4, the next-generation smartwatch by the Cupertino company that is expected to debut on September 12, could come with a circular design. The design of the Apple Watch hasn't been changed since the launch of its first iteration back in April 2015. However, an image claiming to show off the design of the upcoming Apple Watch highlights a circular build. This looks similar to the Galaxy Watch that Samsung unveiled last month. The new leak notably contradicts the recent leak that was showing a rectangular design of the new Apple Watch, similar to its previous generations.

The image, as posted on SlashLeaks, shows some sketches that highlight a rounded dial with thick bezels. This is said to be of the Apple Watch Series 4 that is arriving alongside the 2018 iPhone lineup next week. The image also suggests that the smartwatch will carry Bluetooth, Wi-Fi, and NFC support and feature a 1.3-inch AMOLED display with 360x360 pixels resolution.

Alongside the image that can't be verified formally, the SlashLeaks post says that Apple has suggested the circular looks of the Apple Watch Series 4 through its official invite that shows a ring. The invite could, however, be highlighting the venue that is the Apple Park campus that comes as a giant circular building. 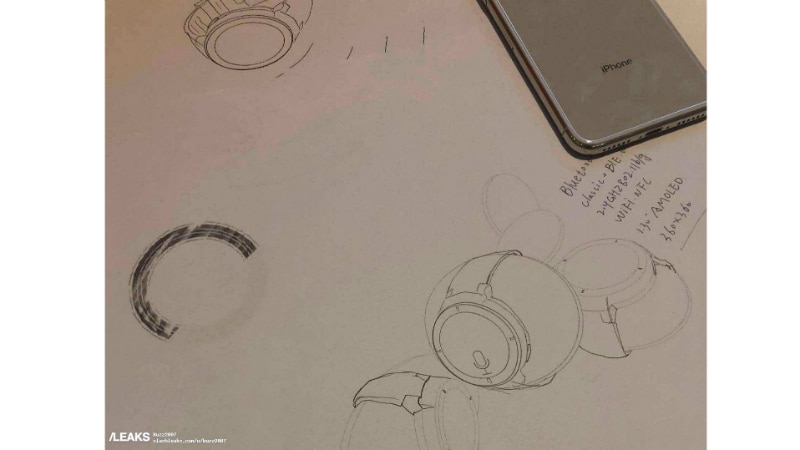 The marketing render that surfaced online last week showed that the Apple Watch Series 4 will continue offering a rectangular design instead of the more traditional circular design. Retaining the original design will also help accessory makers to have unified references for building wrist straps and cases for the new and existing Apple Watch models.

If we look at a report by analyst Ming-Chi Kuo, the Apple Watch Series 4 will come with 15 percent larger display options and a longer battery life than its predecessor. It didn't reveal whether the size of the overall chassis will grow to fit the larger displays or there will be thinner bezels to make room for the more screen area.

We need to wait until September 12 to see what exactly Apple is planning this year for smartwatch lovers. Meanwhile, it is safe to expect some more rumours and leaks.