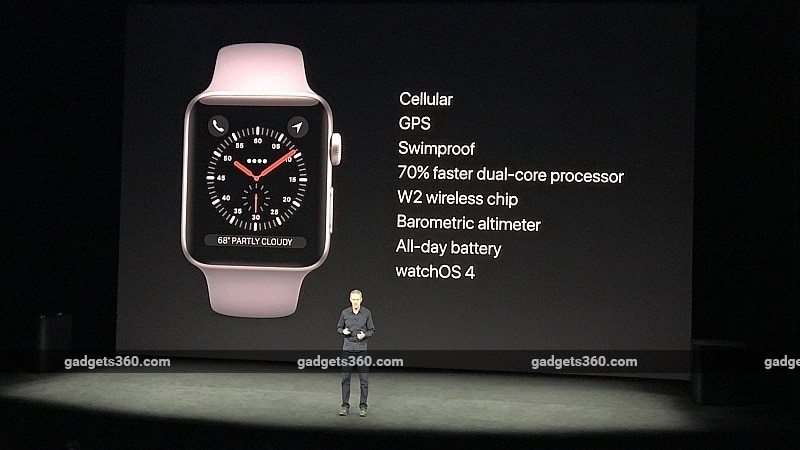 The Apple Watch Series 3 that the iPhone-maker unveiled at Steve Jobs Theater in Apple Campus on Tuesday, is the most advanced smartwatch in the world, Apple CEO Tim Cook said. The top feature of the Apple Watch Series 3 is cellular connectivity, which enables users to make and receive phone calls. But if you're in India and planning to purchase the watch, you won't be getting that feature.

The Apple Watch Series 3 won't be the first smartwatch which would miss out on supporting cellular connectivity feature due the infrastructure limitation in India. Last year, Samsung launched the Galaxy Gear S2, a smartwatch that also lets customers make phone calls, without such capability in the country.