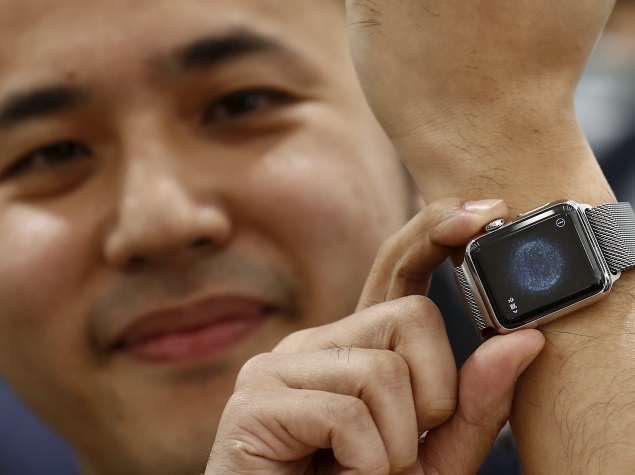 For all its critics, the Apple Watch has received a positive response in the market, if the latest consumer satisfaction survey data is to be believed.

According to a survey done by Wristly Apple Watch Owner Network, the Apple Watch received an overall satisfaction score of 97 percent. The survey noted that is the the highest ever rating for any first-generation Apple product, higher than the original iPhone and the iPad.

The rating was derived by adding the percentage of customers "Very Satisfied/ Delighted" (66 percent) and "Somewhat Satisfied" (31 percent). The survey showed that 2 percent of the customers were "Neither Satisfied or Dissatisfied" with the Apple Watch, while 1 percent were "Somewhat Dissatisfied". 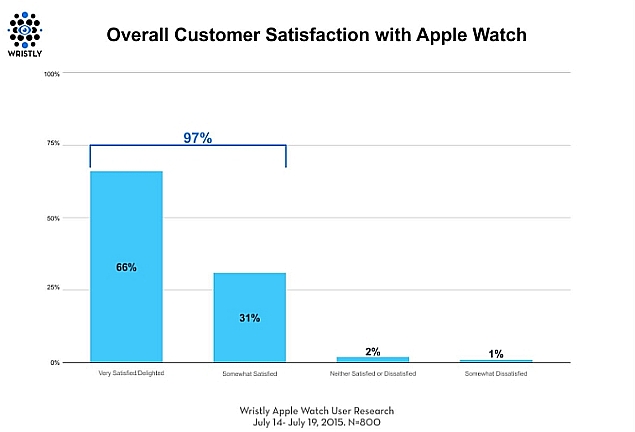 "What has been fascinating about the Wristly Apple Watch Panel is how diverse it is across the adoption cycle spectrum. We have those on the bleeding edge of adoption all the way through mainstream consumers who aren't buying it for the sake of Apple fanaticism or love of tech and gadgetry but because they saw the utility and usefulness of the product right off the bat. They are all represented in our panel," the report said. 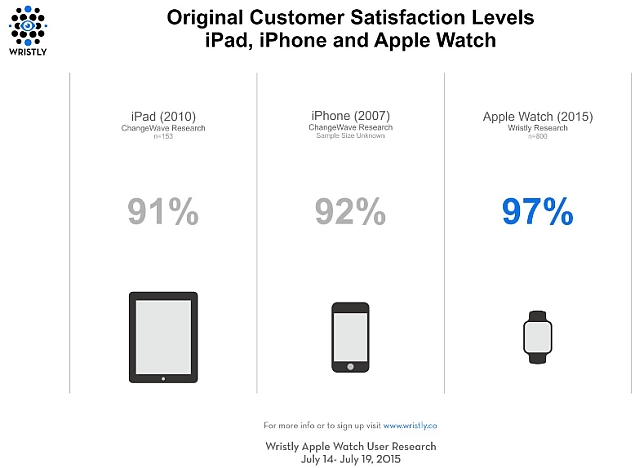 That'll be music to the ears of Tim Cook, as Apple Watch is the first big launch by Cupertino under his leadership. Now all eyes would be on Apple Watch sales figures when Apple's quarterly earnings come out.