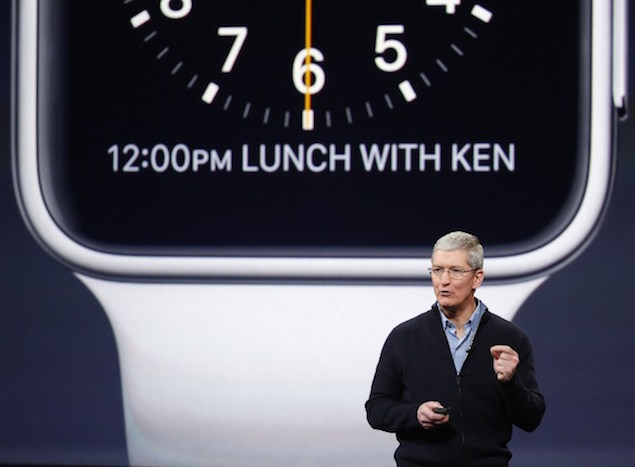 Apple Inc launched its long-awaited watch on Monday, including yellow or rose gold models with sapphire faces costing up to $17,000 (roughly Rs. 10.5 lakhs), but some investors questioned whether Chief Executive Tim Cook's first product would be a breakaway hit.

Apple's first new device since Cook became CEO will be available for order on April 10 and in stores on April 24, including chic boutiques in Paris, London and Tokyo.

In a nod to both fashion and technology, Cook shared the stage with model Christy Turlington Burns, who used it to train for a marathon, and Apple engineers who showed how to send drawings, pictures and even heartbeats with the watch.

Apple shares barely budged, however. Investors and analysts agreed that Apple would sell millions to fans but questioned whether it had a "killer app" that would engage a broader audience. Apple in September gave a sneak peek of the watch which included many features shown on Monday.

"I think there's a niche market for these kind of Apple tech people who love Apple and will buy anything they come out with. But I just don't know if it's going to be the power product that everyone's looking for," said Daniel Morgan, senior portfolio manager at Synovus Trust Company in Atlanta, Georgia, who described Wall Street as "scratching its head".

Members of the style establishment, in Paris for shows from the glittering likes of Chanel, Givenchy and Hermes mostly said they saw the watch as a gadget, not this season's must-have accessory.

The Edition price tag which is inexpensive compared with a Patek Philippe Nautilus at just over $42,000 (roughly Rs. 26 lakhs) on 11main.com, inspired plenty of jibes on social media, including many who questioned whether it would become outdated and compared the price to a car's. "Wonder what kind of gas mileage it gets," asked Twitter user Christopher Caruso.

Nevertheless many made clear they wanted it. "My birthday is gonna rock this year... :-) #applewatch," wrote Jay Runquist. 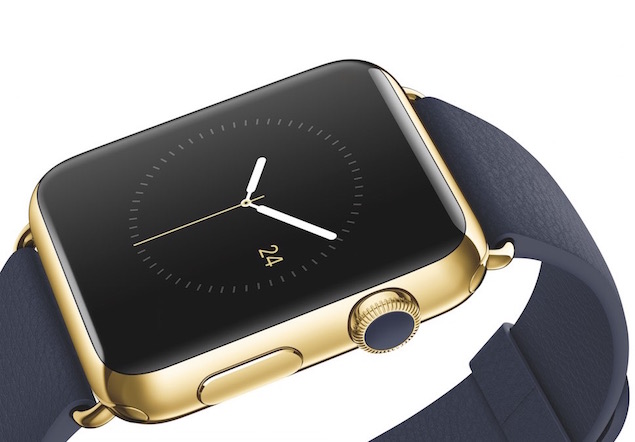 "I have been wanting to do this since I was five years old," said Cook.

The different models reflect different materials. A $17,000 Edition in the smaller, 38-mm size, has a case made from a customised version of 18-karat rose gold, which is especially hard, along with a sapphire display. It comes with a magnetic charging case.

A $349 Sport model the same size has an aluminium case, a 'sport band' and a magnetic charging cable, and no case.

All the watches share digital faces that can look like traditional time pieces, show the heart beat of a friend, and display photos and interfaces for apps.

"Apple's been very good at personalizing its products," said Angelo Zino, an analyst at S&P Capital IQ, who said the "intimacy" of the watch was appealing. He saw 10 million in sales this year.

In the presentation, Cook described the watch handling many functions currently associated with the iPhone, which tethers wirelessly to the watch and connects it to the Internet.

The watch will track exercise and remind wearers of events with a tap on the wrist.

Cook also laid out other product successes and launched a new MacBook notebook computer that starts at $1,299 and weighs as little as 2 pounds.

Every major car brand had committed to delivering Apple's CarPlay entertainment system, and the new iPhone 6 and iPhone 6 Plus have 99 percent customer satisfaction rates, he said. The Apple Pay payment system is now accepted at 700,000 locations, and Time Warner Inc's HBO in April will debut its streaming HBO NOW service on Apple TV.