Apple to Launch Its First Wearable Device in October: Reports 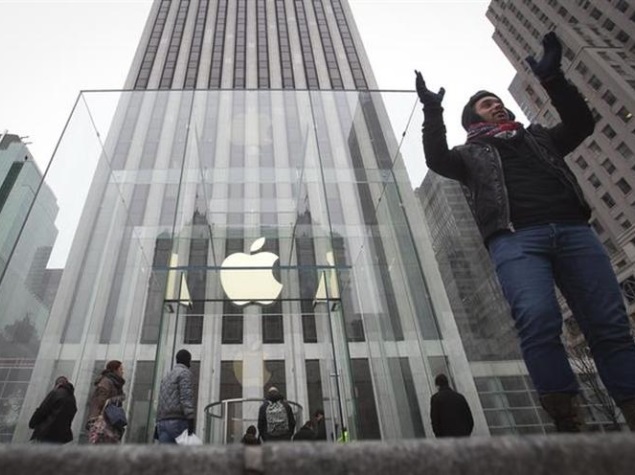 Apple is preparing to sell its first wearable device this October, aiming to produce 3 million to 5 million units a month in its initial run, the Nikkei reported on Friday, citing an unidentified parts supplier and sources familiar with the matter.

Specifications are still being finalised, but the devices are likely to sport curved OLED (organic light-emitting diode) displays and sensors that collect health data from blood glucose and calorie consumption to sleep activity, the Japanese news service cited industry sources as saying.

Though the details of services have yet to be released, specs for the new product are being finalised, according to industry sources. It will likely use a curved organic light-emitting diode (OLED) touchscreen and collect health-related data, such as calorie consumption, sleep activity, blood glucose and blood oxygen levels. It will also allow users to read messages sent by smartphones.

Apple appears confident of the new product. According to a parts manufacturer, it plans monthly commercial output of about 3-5 million units, which exceeds the total global sales of watch-like devices last year. This confidence is backed by its partnerships with high-profile hospitals - it has teamed up with the Mayo Clinic and the Cleveland Clinic, U.S. health institutes based in Minnesota and Ohio, respectively, to develop specific ways of analysing the collected data and applying it to actual health management.

Meanwhile, a report in Re/code corroborates this view:

People familiar with Apple's plans tell Code/red the company hopes to schedule a special event that month to show off the device, which is designed to make good use of the HealthKit health and fitness information-gathering app it recently showed off at WWDC. Could things change between now and fall? That's certainly possible. But right now October is the target date.

The industry has long expected Apple to unveil some sort of smartwatch, following the release of Samsung Electronics' Galaxy Gear watches.