Amazfit Pop Pro is teased to come with inbuilt GPS and NFC support. 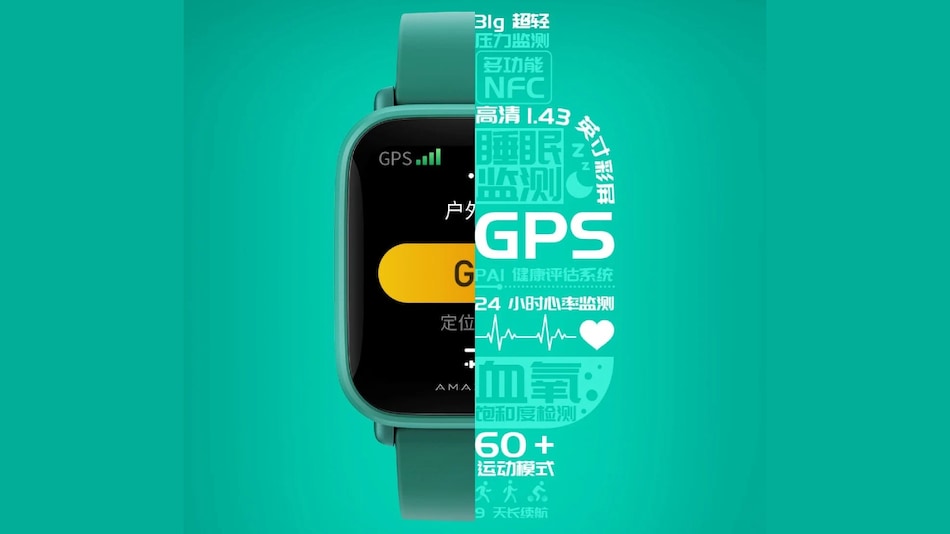 Amazfit Pop Pro is teased to feature a 1.43-inch display

Amazfit Pop Pro smartwatch is all set to launch in China on December 1. Huami has released a teaser poster confirming the arrival of the new wearable and has also teased key specifications and design. Amazfit Pop Pro, judging by the name, will be a slightly more premium variant of Amazfit Pop launched last month. In terms of design, Amazfit Pop Pro looks to be identical to Amazfit Pop, with the teaser hinting at a teal colour strap option and a square-shaped dial.

The Amazfit Pop Pro teaser poster was shared on Huami's Weibo account. The post confirms that the smartwatch will be launched in China on December 1. Amazfit Pop Pro is seen to sport a square dial with a colour touchscreen display and a silicone strap on the poster. Key specifications and features of Amazfit Pop Pro have also been teased, and it is set to offer NFC support and come with inbuilt GPS. The latter will prove to be the biggest differentiator between the upcoming Amazfit Pop Pro and the vanilla Amazfit Pop model.

The teaser poster also suggests that the Amazfir Pop Pro smartwatch will weigh only 31 grams and offer PAI (Personal Activity Intelligence) index calculation to help asses overall health of the user. It is confirmed to feature a 1.43-inch OLED display and have over 60 sports modes to choose from including running, walking, and cycling. The poster teases 24x7 heart rate monitoring support as well as a microphone on board for voice commands.

Huami should reveal all specifications of the smartwatch on December 1, along with pricing and sale details. Amazfit Pop Pro will likely be priced higher than Amazfit Pop that is priced at CNY 349 (roughly Rs. 3,900) in China. Huami has not shared whether it will be bringing Amazfit Pop range to markets outside of China, including India.

Instagram Seen Blocking #Sikh Hashtag Yet Again for Some Users