Xiaomi Wants to Enter Your Home (Spoiler: Not With Its Smartphones)

Xiaomi may be best known as India’s leading smartphone brand, but the Chinese company doesn't want to be just a smartphone company. The Beijing-headquartered company at its "Smarter Living" event in Bengaluru on Thursday launched a list of connected devices that aim to become an essential part of your daily life. To recall, among other products, Xiaomi launched the Mi Band 3, Mi Purifier 2S, and Mi Home Security Camera 360 to expand its presence in the consumer IoT market. The company also brought its first line of Android TV-based Mi TV models to bring Google services such as Google Play and YouTube to a large number of TV viewers in the country. Raghu Reddy, Head of Category and Online Sales, Xiaomi India, tells Gadgets 360 that the aim of launching new devices is to make its customers' lives "a lot simpler." However, the ultimate objective is to go beyond smartphones.

Xiaomi entered the Indian smart TV market in February by launching the Mi TV 4. After the first Mi TV model, the company expanded its presence by bringing the cheaper Mi TV 4A. The original models came with a proprietary PatchWall interface. But to bring Google services on board, the company has now moved to Android TV. Sudeep Sahu who is the Product Manager for Mi TV in India tells Gadgets 360 that bringing Android TV to Mi TVs was like building product from scratch.

Sahu at the company's event in Bengaluru showcased the Google Assistant integration that comes through Android TV support. "The way the voice search is integrated, you'll not find it in any other smart TV," he claims. "We are calling it Google voice search [instead of Google Assistant] because we thought it's much more relatable and recognisable for common people over Google Assistant that is more suitable for geeks like us who are in the industry or understand what the Assistant is."

While Android TV on the new Mi TV models make them look similar to other Android TV offerings, PatchWall helps Xiaomi deliver a unique experience. Notably, both experiences come under one roof, and users can switch from Android TV to PatchWall with a press of a button. "It's a win-win situation for both platforms," affirms Sahu. "For Android TV, we didn't want to just take a stock experience as what will be the difference in that case between a Mi TV and any other TV that runs Android TV. So PatchWall for us is going to be the differentiator." 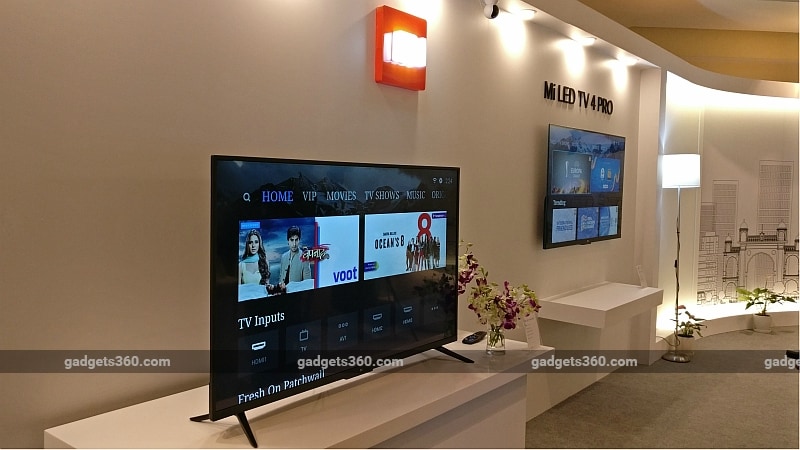 Having said that, Xiaomi is set to continue its focus on improving PatchWall interface as well. "In PatchWall, we've already done the work for content partners. Hence, PatchWatch is important," states Sahu. The company is also in plans to bring the new Android TV experience to older Mi TV models. Sahu tells Gadgets 360 that the move for existing TV models would be harder than bringing the fresh experience on new hardware as there are some technical challenges. "The first major challenge is chip support," he notes. "The chip in the existing Mi TV models is not certified from Google. But we're trying to get exceptions for that. It will be an industry-first. Also, if you want Android TV, you need to have Bluetooth, minimum RAM capacity, and minimum storage. As we go around, we have to change the rules. This will be something like the Mi Mix."

Sahu tells Gadgets 360 that the existing 32- and 43-inch Mi TV models are likely to receive the Android TV experience sometime early next year. This will sit alongside the existing PatchWall experience.

However, for Xiaomi, it is not Android TV update that is the major focus to take its TV game in India to the next level. The company is in plans to bring more local content on board. "We have about 15 language support — but there are some languages in which we have not enough content. So our next goal is not just to increase the count but the quality also," says Sahu. The content team at Xiaomi India has eight people who all help manage building partnerships and relationships around local content.

Local manufacturing could also come as the second big change over time to bolster the existence of the Mi TV family in India. Sahu refused to give clarity around the manufacturing of Mi TV models in the country, though. "We don't have any update on that," he says, adding, "But of course, at some point of time, we'll do the localisation from the manufacturing point as well."

A greater push into homes
Alongside having major plans towards Mi TV models, Xiaomi is venturing into home automation and bringing a smarter living experience, starting with the Mi Purifier 2S and Mi Home Security Camera 360. 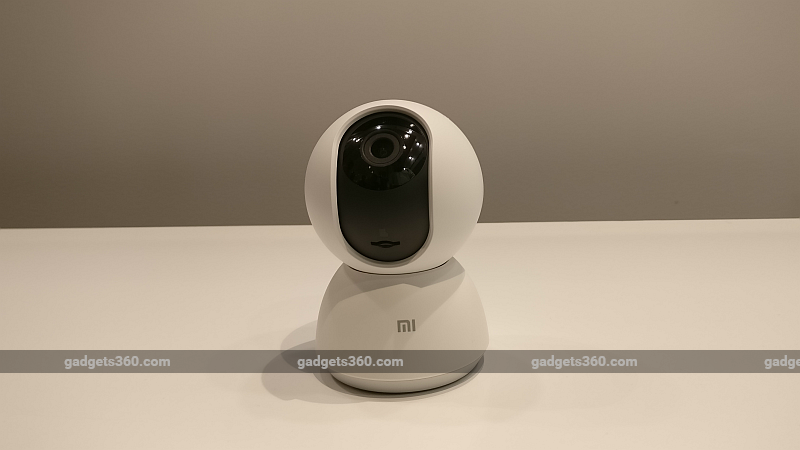 "The consumer IoT market in India is still in its nascent stage," says Reddy, "You'd expect only the advance set of customers who are online all the time and using everything online. But as you bake in more and more convince and usability, it will start populating down towards a lot many more customers. The trick is in how do you make it usable."

With Experience Stores, Xiaomi Wants You to Decide What Products It Should Launch in India

Xiaomi is set to explore different avenues to create awareness around its new connected devices. "Mi Homes will obviously be the channel where we are set to showcase the entire bit," says Reddy. "In the past, we did do a few mall activities to show people the effectiveness of our products. We'll continue to evaluate all those opportunities in different ways."

As data security is a prime concern in case of connected devices, Xiaomi late last month announced that it has started migrating data of its Indian users to local cloud infrastructure backed by Amazon Web Services (AWS) and Microsoft Azure. "We take user privacy very seriously and hold ourselves accountable to the highest standard possible and leaving no stone unturned," Reddy tells Gadgets 360.

Market analysts are optimistic about Xiaomi's latest move. "In India, Xioami is amongst the initial brands who are exploring their space in the consumer IoT category," says Jaipal Singh, Associate Research Manager, IDC. "This surely provides a first mover advantage to them. As India grows further in adopting the consumer IoT devices, they can add more products to this market. Also, they are known as a value for money brand and brand which with a young fan following, this provides an added advantage to experiment with more categories."

According to a recent report by IDC, Xiaomi has tripled its shipments in the Indian smart TV market in the second quarter of 2018 and became the leader in the market category that includes smart TVs, streaming sticks, and smart set-top boxes.

"Smartphones have reached their summit, the market has plateaued, and it is business prudence to go beyond a single device of opportunity," Kawoosa tells Gadgets 360. "This will help the company in ultimately creating services and gradually shift towards an Internet Company, which is what Xiaomi always has been saying it is up to."

Counterpoint Research Associate Director Tarun Pathak points out that one of the key challenges for Xiaomi is that some of its IoT devices need to be tweaked as per local needs and preferences. "This will require dedicated local strategy going forward to scale it up,” he says. "Moreover, as the segment is fragmented there should be efforts involved in educating users about the benefit of such devices."

Xiaomi Wants to Enter Your Home (Spoiler: Not With Its Smartphones)
Comment