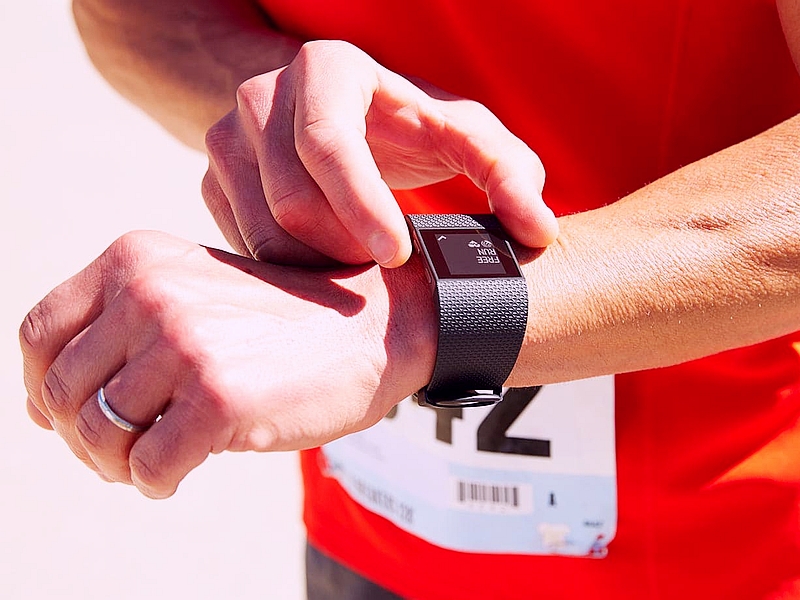 It might be tempting to get one, now that the weather's nice and you're spending more time outdoors. A Fitbit or an Apple Watch, for instance, could prove useful if you're new to exercise or looking to increase physical activity. They nudge you to keep moving throughout the day and track workouts like running and cycling. Many devices also measure heart rate and sleep.

But if you're a procrastinator or have trouble staying motivated, a tracker can easily end up in a drawer. If you're already athletic or fairly stable in your routine, it might just tell you the same thing over and over again, which won't help much.

I speak from experience, having worn as many as seven trackers simultaneously to test them out. So know what you're getting - and what they don't do - before you spend as much as a few hundred dollars on one.

Counting steps
Fitness trackers typically use arm swings to gauge how far you've walked or run and push you to reach, say, 10,000 steps a day. Many also track floors climbed and calories burned.

They can keep you on track if you're new to physical activity - if you're the type to go for a walk at 11pm just to meet that daily goal. But a tracker won't do much if you keep telling yourself, "tomorrow."

Once you hit that goal consistently, you might be inclined to leave your tracker in a drawer . But if you're competitive, Fitbit and other companion phone apps will let you enlist peer pressure by joining groups that track, challenge and taunt each other to meet and exceed those arbitrary goals. Some devices, like the Apple Watch, will also step up your goals as you improve.

Of course, this count isn't perfect. Trackers might give you bonus steps for doing the dishes or even, um, punching someone, as they're measuring arm movements. A bike ride also won't reward you with steps, though some devices will credit you with calories burned.

Heart beats
Mid-range and higher-end trackers offer heart-rate monitoring, but these aren't medical devices approved by the US Food and Drug Administration.

Measurements can vary wildly at times - one I tried briefly recorded a deadly 243 beats per minute, and another a sub-normal 43 - but most readings are close enough to give you a general sense of your workout intensity. A higher heart rate means your workout is tougher - though heavy breathing and fatigue will also tell you that.

For workouts
These devices are awful at translating steps to miles, and very few let you calibrate your tracker by checking it against a known distance. GPS in higher-end trackers help, but that drains the battery more quickly, so many long-distance runners might see their trackers die before they're finished.

Most GPS fitness trackers also aren't as versatile as a GPS device fine-tuned for running, cycling, golfing or whatever your sport is. And while trackers are typically water resistant, few work for swimming.

A tracker lacking sports-specific features can still be useful. You might run three miles with a GPS running watch and use the tracker to make sure you're not sitting the rest of the day.

How's your sleep?
Most trackers also monitor sleep, though Apple and Android smartwatches require third-party apps. If you toss and turn a lot, the tracker will mark you as a light sleeper. If you get up to use the bathroom, the tracker will note that, too.

But is it useful? While a tracker might deem you a light sleeper, it can't guide you to better sleep. All it can do is recommend more sleep.

Do you have a desk job?
Even if you meet step goals, prolonged sitting can be unhealthy, too. Many devices now have reminders to get up and walk around, though they're useless if you keep ignoring the prompts. Sometimes they even nag you while you're in bed - which is especially irritating if your tracker is also on your case about getting more sleep.

Your phone
Many key features are already available on phones. The iPhone has Health built-in for counting steps, while you can get Google Fit for Android. You can also download Moves for either system. Beyond steps, GPS apps such as Strava will track running and cycling workouts.

A tracker could still be a worthwhile investment for some people. The phone won't record sleep or remind you to take breaks, nor will it record steps when your phone sits on a desk. Microsoft's Band 2 adds a UV sensor to warn you when you need sunscreen, while the Samsung's Gear Fit2 can track squats and other strength training.

The key is whether you'll use it. If you can't even motivate yourself with a phone, a tracker is just a waste of money.

Pokemon Go Needs These 6 Features for Continued Success in India and Elsewhere
WhatsApp for Android Beta Gets Call Back, Voicemail Features