This year, we saw many smartphone manufacturers pledging to Make In India, mostly subcontracting the assembly work to Foxconn's plant in Sri City, with others setting up facilities of their own. There are also several hardware startups that have emerged in the last five years. Some of these have seen funding rounds come their way this year. Nasscom's latest startup landscape report counts over 30 hardware startups, over 35 players in the IoT space. In this roundup, we list some of the notable device startups to have emerged out of India. 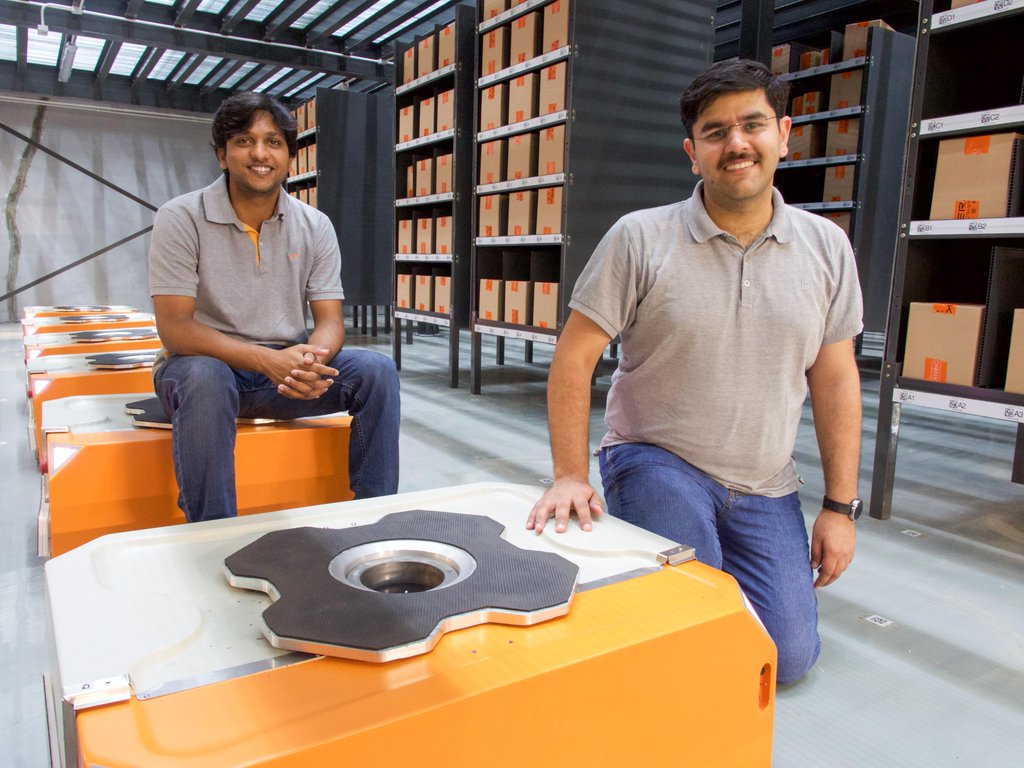 Founded by BITS Pilani alumni, and the creators of AcYut, India's first indigenously developed humanoid robot. GreyOrange has two product lines that it provides to India's e-commerce and logistics companies - Butler, a fleet of mobile robots that can move materials in the warehouse, and Sorter, a fully automated sorting system to consolidate and route packages. The four-year-old company raised $30 million (roughly Rs. 192 crores) in its Series B in August, and it has offices in Hong Kong, Gurgaon, Mumbai, Delhi, Bengaluru, and Hyderabad.

2) Ather Energy
This two-year-old startup is expected to launch its first product, the S340 electric scooter in early 2016. The S340 is powered by Lithium ion batteries, and will be priced under a lakh, with an estimated range of around 50-100 kilometres. Ather energy raised seed funding from Flipkart founders and secured a $12 million (roughly Rs. 80 crores) funding round in its Series A from Tiger Global in May 2015. 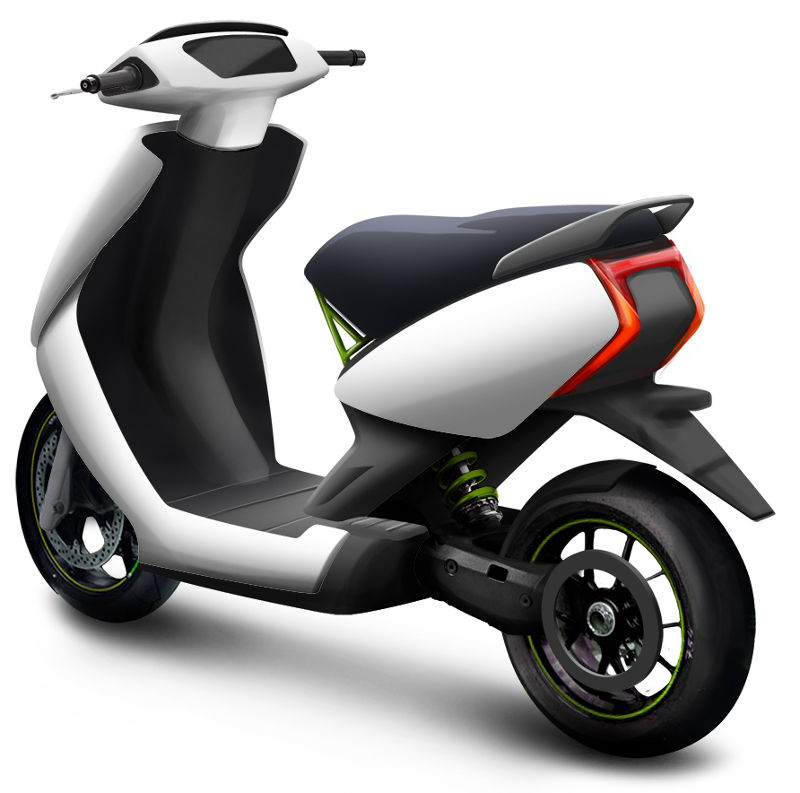 3) Goqii
Goqii retails its fitness band with a subscription plan, combining it with a platform that provides users access to fitness services and karma points. Goqii's subscription plans start at Rs. 3,999 for three months, and the company plans to expand its operations to global markets with its recent Series A, where it raised Rs. 89.4 crores. 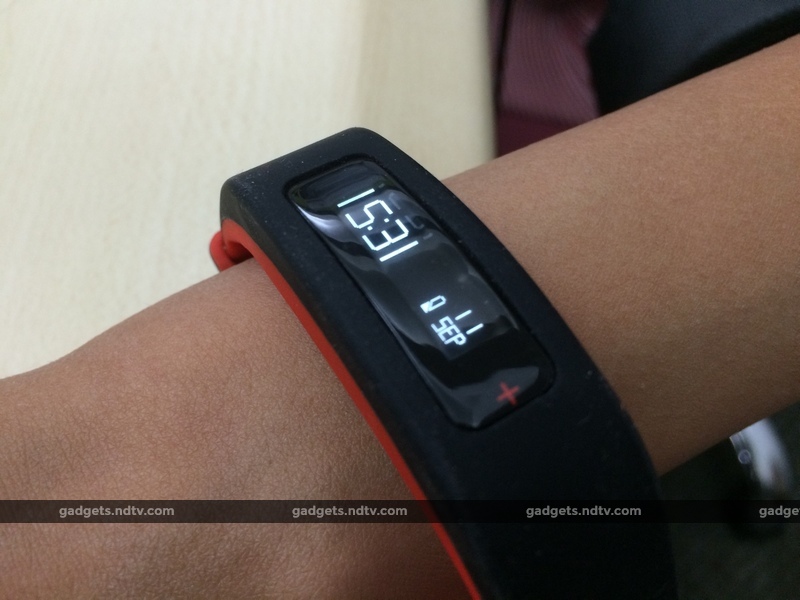 5) Lechal
Started initially as a navigation for the visually impaired, Lechal ships its haptic footwear for men and women globally, along with pods, which can be clipped to any existing footwear one might have. The Lechal pods connect to smartphones via Bluetooth, keeping track of calories burnt, and provides navigation cues to the wearer based on haptic feedback. 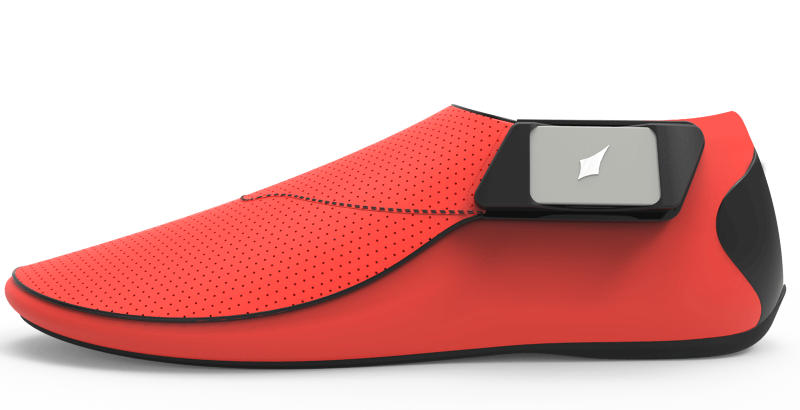 6) Ezetap
Ezetap's card reader turns smartphones into mobile point of sale solutions, and works on basic 2G networks. Ezetap added four major mobile wallets players to its payments solution in October, when it quoted a coverage of 70,000 service points across the country. Ezetap has raised $25 million (roughly Rs. 161 crores) in its Series C round in August this year, and partnered with some of India's largest banks and companies, like SBI, HDFC, Citibank, American Express, Amazon, Bajaj Allianz, and Airtel. 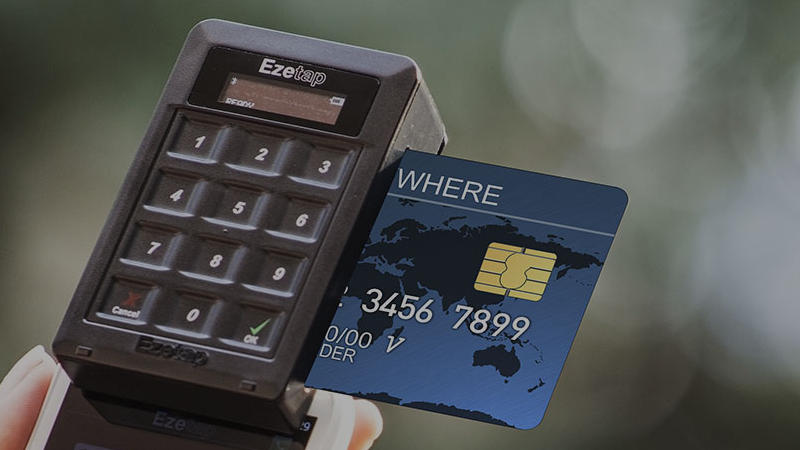 7) Inoho
Inoho's affordable "home controller" lets users control and schedule on and off times for their home appliances from anywhere in the world, via the Internet, using an app or web browser. The startup retails its home controller and switchboard module on Amazon India, and has partnered with Housejoy for installation. 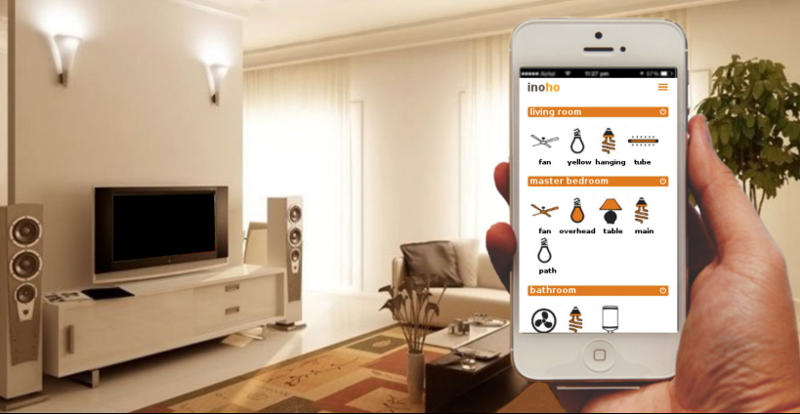 8) Absentia
Founded by BITS Goa dropouts, Absentia recently launched two versions of Tesseract, a virtual reality head mount device that's now up for pre-order. The startup recently secured $180,000 (Rs. 1.2 crores) in a seed funding round, led by Astarc Ventures. The full-HD version of the Tesseract headset is priced at Rs. 12,000, while the QHD version of the headset is priced at Rs. 20,000. 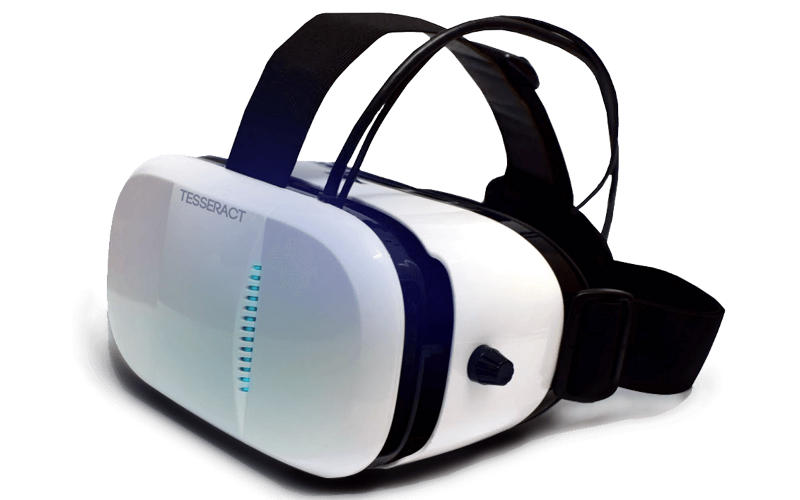 9) Tesseract
Mumbai-based Tesseract is currently shipping its Methane 360 VR camera globally. Priced at around 1.5 lakhs, the camera is finding customers among startups like Housing.com, CommonFloor, NestAway, and Oyo rooms, who want to provide virtual walkthroughs on their platform. 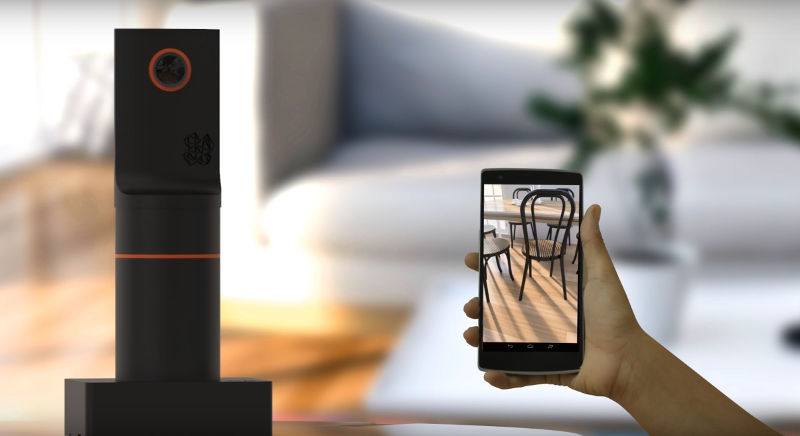 10) Cooey
Cooey provides a healthcare monitoring platform that can be referenced by healthcare providers and loved ones. Cooey has announced three devices so far - wireless body fat analyser and blood pressure monitor were launched on Flipkart in November, its Smart Glucometer is expected to launch in the second week of December. 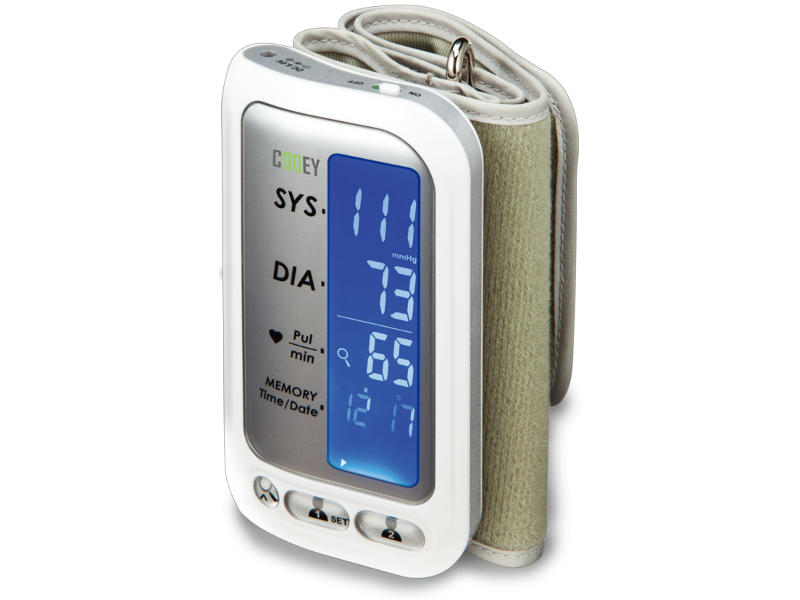 11) Sensegiz
Consumer wearables startup SenseGiz is currently retailing two products on its website - a smartwatch called Star, and Find, a device tracker that can be clipped to clothing or keys for alerts on an app, available on the App Store for iOS and Google Play for Android. Sensegiz secured $500,000 (roughly Rs. 3.3 crores) funding from Karnataka Semiconductor Venture Capital Fund in November. 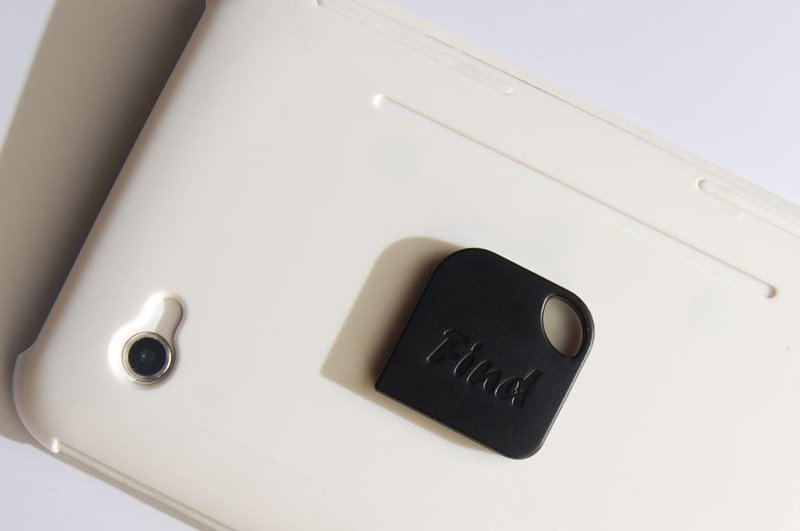 12) CarIQ
This two-year-old startup provides car monitoring devices called SmartPlugs, which are available in GSM and Bluetooth versions. The GSM-enabled version provides realtime car health alerts, speeding/ geo-fence alerts, roadside assistance and connections to a network of service providers. The company is upgrading its inventory at the time of writing, and promises a few surprises to kick off 2016. 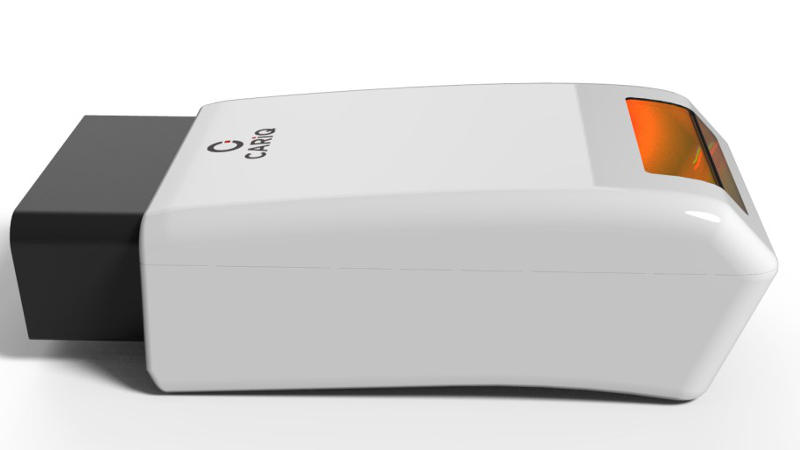 Others
Other notable Indian hardware startups include tablet maker Notion Ink, which pivoted to Windows + Intel hardware last year with the Cain. There's also Gecko, a device that works as a key finder, which was a notable crowdfunded success story, raising $135,000 (approximately Rs. 89 lakhs) on Indiegogo with support from Steve Wozniak in 2013.

12 Indian Hardware Startups That Are Making an Impact
Comment