State of Decay 2 Review: Microsoft's Cheapest Xbox One Game Is One of Its Best

State of Decay 2 easily settles down into an addictive loop of morale upliftment, base building, and exploration. All of its systems and elements come together in a cohesive fashion that’s engrossing. We found ourselves playing till the wee hours of the night modifying our base, taking on outposts, and recruiting new survivors. That's not to say its perfect, although it does come close. Cooperative play is restrictive. You can't explore the world if you're not close enough to your fellow human-controlled survivor and you can't carry over any loot to your version of the game when you're done. Only Influence carries over from State of Decay 2 coop sessions. In an age where games like Ghost Recon Wildlands let you explore wide swathes of territory without being tethered to your friends, State of Decay 2's coop feels retrograde.
Apart from this, while our playthrough of State of Decay 2 wasn't buggy, it was a bit rough around the edges. There was the odd frame rate dip on the Xbox One X and scenarios where dead zombies would stick to doors. These weren't game breaking by any means and the performance appears to have been improved with its latest 6GB patch. Comparatively Windows 10 version was problem-free for us on our old test rig of an i5 3470, 16GB RAM, and an Nvidia GTX 1070, allowing us to play at 1440p at Ultra settings with very few drops below 60fps. However, given the game's budget price tag of $30 in the US and Rs 2,199 in India, these issues are forgivable. More so when you consider that State of Decay 2 will get a few patches to improve performance and perhaps fix coop play.
All said and done, State of Decay 2 is a great addition to the library of any Xbox One or Windows 10 PC gamer. It might sound derivative on paper, but its multiple elements come together to make a game that's well worth your time.

State of Decay 2 Review: Microsoft's Cheapest Xbox One Game Is One of Its Best
Comment 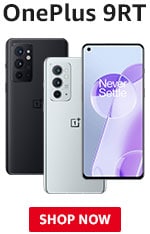