A recent leak claims to reveal the upcoming Samsung Galaxy Buds 2, and suggests that the next iteration of Samsung's earbuds will look pretty similar to Google's Pixel Buds. According to a report, a May filing with the FCC showed the earbuds would come in a white case with rounded edges. The new images confirm previous reports that the buds will come in four different colors black, green, purple, and white. The cases in the new renders show each one will have a white exterior, while the internal color will match the buds. There aren't a lot of other details available yet, including price, but the new renders show that the Galaxy Buds will have two microphones for improved noise reduction, and their in-ear design will include silicon tips, much like the Galaxy Buds Pro. The Galaxy Buds 2 aren't expected to have active noise cancellation but will have active noise reduction. The FCC filing showed the Buds 2 with a charging case that holds a 500mAh battery, and each earbud will have a 60mAh battery. Reports speculate that Samsung might unveil the Galaxy Buds 2 at Mobile World Congress, which gets underway on June 28, but also hold out the possibility that the buds might be revealed in August, when Samsung may launch new Galaxy Z devices. (Video credit: ANI) 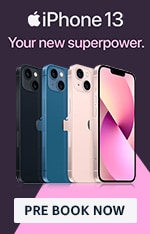