Resident Evil 7 is out later this month, and unlike other entries in the series, it won't feature the same characters or setting. Instead, it's a brand new survival horror game in the franchise. Here's what you need to know before playing Resident Evil 7.1. New Resident Evil, new protagonist. Unlike previous Resident Evil games, you won't be playing a special agent of any kind. Rather, you're Ethan Winters, a civilian — searching for his missing wife, which leads him to a plantation mansion in Lousiana where all sorts of nasty horror await, in the event the game's title didn't give it away. 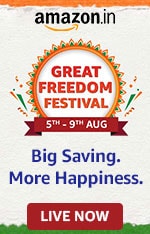