PUBG Mobile has finally got its new map named Livik that is exclusive to the mobile version of the game. It comes with small 15-minute matches that are relatively more action packed compared to the standard Erangel matches. The new map is part of the 0.19.0 update that is live on the Google Play store and the App Store. The Livik map is the first exclusive PUBG Mobile map as all the previous four maps have come to PC and console versions of the game first. The new map brings a combination of elements from the Erangel, Miramar, Vikendi, and Sanhok maps, along with some new areas, a couple of weapons, and a new vehicle. It is also the smallest map with an area of 2km x 2km with more weapons spawns to give a fast paced, action packed experience. In this video we tell you all you need to know about Livik. 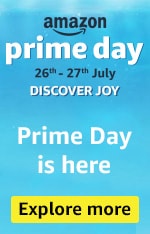