At IFA 2019, Razer has launched what it calls the 'world's first gaming ultrabook'. We checked out the Blade Stealth 13 laptop at the trade show in Berlin to find out what's so special about it. The new Blade Stealth 13 comes with Intel's new 10th generation 'Ice Lake' family of Core CPUs. The laptop will be available up to 16GB of RAM and 512GB PCIe SSD storage. It weighs just 1.3kg and the chassis depth is 15mm. It is priced at $1,499.99 in the US and will be available in Asian countries later this year.In this video, we'll show you the new Blade Stealth 13 laptop and walk you through some of the key specifications. We're bringing you live coverage straight from #IFA2019 so stay tuned for more videos on the hottest gadgets directly from Berlin, Germany. 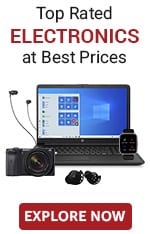