Share on Facebook Tweet Snapchat Share Reddit Email Comment
The last time we reviewed a Rock Jaw product, the company was a small business from a small village in Great Britain. It had five products which could be bought only from its own website. It's still a small business from a small village, but now its products also now available through a local dealer here in India.

We reviewed the Rock Jaw Alfa Genus about a month ago and loved it. Now, we move on to Rock Jaw's entry-level products, the £30 Arcana v2 and £40 Hydra v2. Unlike the Alfa Genus, these two in-ears don't have any stand-out features such as interchangeable tuning filters. But do these compact earphones have what it takes to capture the attention of the brand-conscious Indian buyer? We find out in our review. 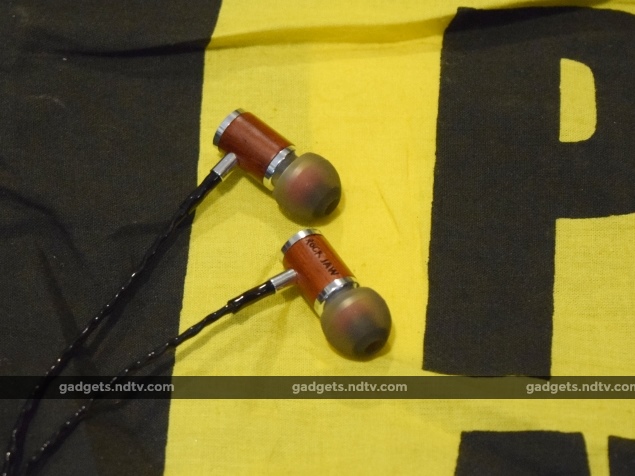 Specifications, design and comfort
Both the Arcana v2 and Hydra v2 have the same specifications, featuring 8mm dynamic drivers with an impedance of 16 Ohms and a sensitivity of 108dB. Frequency response ranges from 20-20,000Hz. The cords are 1.2m long, and include a single button in-line microphone and remote on the left cable above the Y-splitter. The only thing different between the two products is the tuning of their sonic signatures.

The Rock Jaw Arcana v2 has beautiful cherry wood casings with metal at both ends, as well as where the cable enters the casing. The rear has small metal bass ports, which fortunately do not leak too much sound. The Rock Jaw logo is engraved into the casing itself. It looks fantastic, and is in our opinion the best-looking sub-Rs. 3,000 pair of in-ears you can buy today. 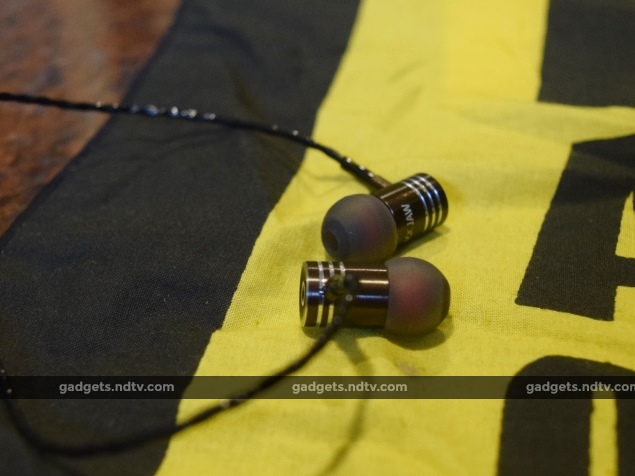 The Hydra v2 is a little smaller than the Arcana and has one-piece all-metal casings, with  small bass ports at the back as well. The logo is painted on, rather than engraved. While the Hydra v2 isn't quite as good-looking as the Arcana, it's definitely much better built.

Bothpairs of earphones have the same twisted rubber cable that we first saw on the Rock Jaw Alfa Genus. We didn't like the look of it then and this hasn't changed. Although it's extremely durable and fairly tangle resistant by design, it looks cheap and doesn't fit with the sophisticated looks of the earphone casings.

The Arcana v2 and Hydra v2 boxes each include a total of four silicone ear tips of different sizes, a shirt clip, and a soft carry pouch. Both are basic sales packages, but at these prices we won't complain too much since they're both decent value offerings on the whole. 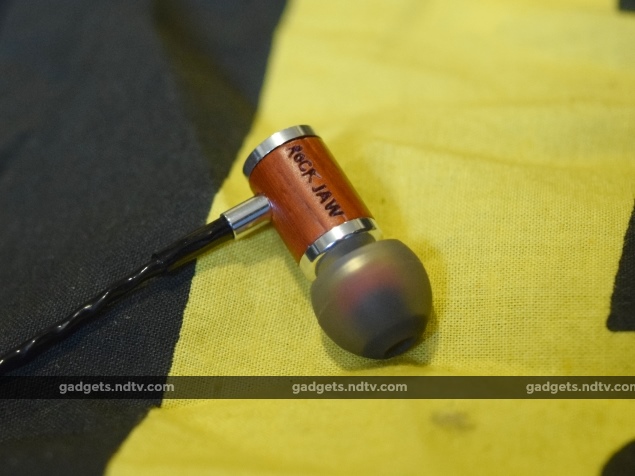 Performance
We used an Android phone and our reference Fiio X1 high-resolution audio player as source devices for the review of both, the Rock Jaw Arcana v2 and the Hydra v2. Focus tracks used were Aloe Blacc's I Need A Dollar in 16/44.1 FLAC; and Pharrell Williams' Brand New and Mark Knight's Your Love in 320kbps MP3.

We started with the eerie but exciting Your Love. This is a punchy track with a lot of low-end thump and attack, along with some mid-range drive. The Arcana v2 shows its capability with the mid-range, although it isn't really lacking in the lows and bass either. Although the bass felt just a bit weak to us, most people might like the slightly laid-back approach to the lows. The Hydra v2 sounds quite different. The tuning is evidently geared towards lows and tighter bass response. There is a definite sensitivity spike in the low range. While mids and highs are still audible and clean, they are overshadowed by the lows. Bass response is sharp and aggressive; bass-heads will love these. 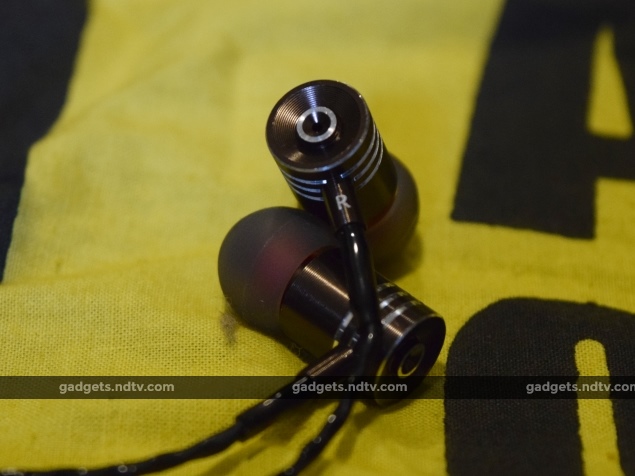 Next, we tried Brand New, a track with lots of activity and sparkle in the highs. The Arcana v2, thanks to its mid-oriented signature, offered much more clarity and neutrality than the Hydra v2. Soundstaging is helped along by this impressive clarity and accuracy, as well. The Hydra v2, on the other hand, was not as capable in bringing out detail. The bass would often overpower the other frequencies, making it hard to pinpoint some of the finer details in the track.

Finally, we played I Need A Dollar, a snappy track with lots of rhythm. Aloe Blacc's vocals sounded a bit weak with the Arcana v2. There were times when it sounded like the mids and highs were overpowering the soulful vocals, but on the whole we enjoyed the way the track sounded. However, the earphones definitely work better with purely instrumental tracks. The Hydra v2 is a little better with the vocals, but we felt that its warm, bassy character wouldn't really suit genres like pop and classical. The Arcana v2 has a more all-round nature, while the Hydra v2 is best used with electronic and rock music. 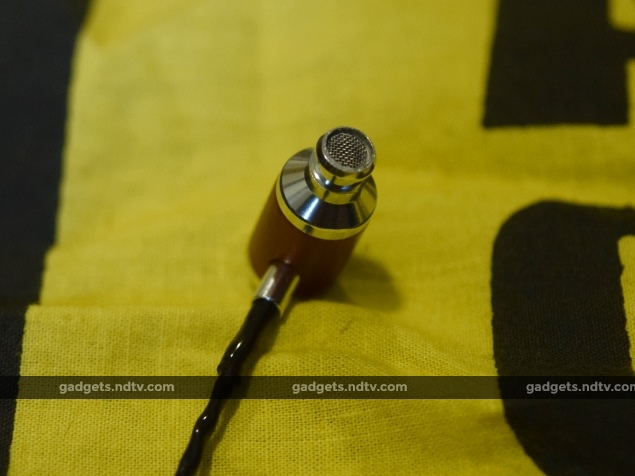 Verdict
Although not of quite the same calibre as the Alfa Genus, Rock Jaw's budget offerings provide plenty of entertainment and drive for the price. They're both well built, look good, and have clearly defined sonic signatures that work well with specific genres. If we had to pick one over the other, we'd go with the Arcana v2. It offers a more neutral, open and clear sound, with better soundstaging and mids. It also looks fantastic with its cherry wood casing and engraved logo.

The Hydra v2 is clearly bass-oriented, and doesn't do a lot of genres justice. However, if you stick to electronica and rock, you'll find the tight bass, crisp lows, excitement, and drive to be enjoyable. It's also built solidly and is unlikely to take much damage even if used roughly. Both of these products are available through rockjawaudio.com and headphonezone.in in India .

product After the fantastic Alfa Genus, we try Rock Jaw's entry-level offerings - the Arcana v2 and Hydra v2. 4.0 out of 5 stars