Kingston is a US-based company known worldwide for making affordable SD cards, SSDs, memory modules and USB flash drives. Their HyperX brand of RAM modules is aimed at gamers, and now this brand includes another gaming product - a headset.

This is quite unusual for Kingston but it seems to have gotten the basics right. The Kingston HyperX Cloud gaming headset leverages the expertise of Qpad, a well-known gaming company, and tweaks the winning formula of the Qpad QH-90 slightly. Let's find out if Kingston can survive in uncharted waters. 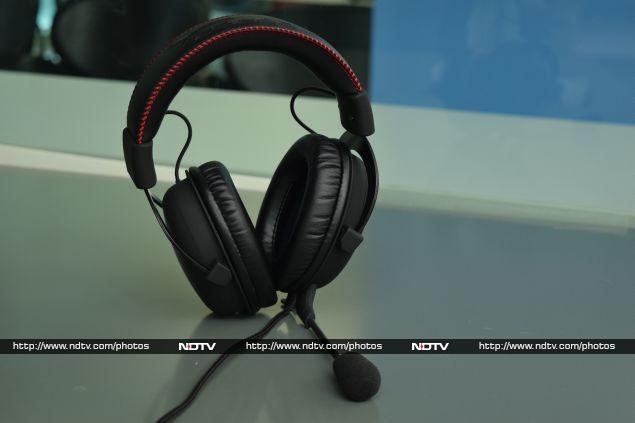 Design, Fit and Specifications
Before getting into the looks of the Kindston HyperX Cloud, we want to talk about the box it comes in. The HyperX Cloud might be a budget gaming headset but the packaging suggests otherwise. It is lavish and looks great.

On opening the imposing black box we were treated to the sight of a foam enclosure that houses the headphones, additional velour ear cushions, detachable microphone, control box with 1m cable, and an airline adapter. Concealed inside a compartment beneath the foam enclosure are a deluge of additional attachments including a 2m extension cable, a smartphone adapter, a headset splitter and a mesh bag. On the underside of the lid is a printed message from the HyperX General Manager Anders Willumsen, which is just some marketing talk about the product. Overall, the contents of the box are adequate for any professional gamer who often attends gaming tourneys around the world. 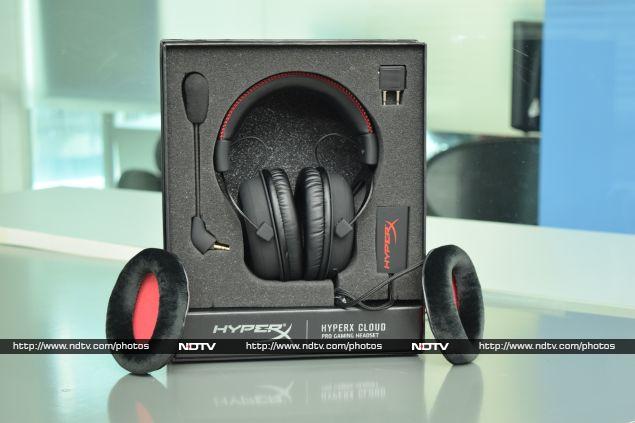 As we stated before, Kingston has used the expertise of Qpad, a pro gaming gear manufacturer, to create the HyperX Cloud. It is no wonder then that this headset resembles the design of the Qpad QH-90, which was universally loved by critics. What is even more interesting is that the design of the Qpad QH-90 resembles the Takstar Pro 80 monitor headphones. Takstar was the OEM that created the Qpad QH-90 by adding a non-detachable microphone to the Takstar Pro 80. In short, the Kingston HyperX Cloud gaming headset is basically a Qpad QH-90 with a detachable microphone.

If all this is getting too confusing, just take a look at this comparison image below to get a fair idea. 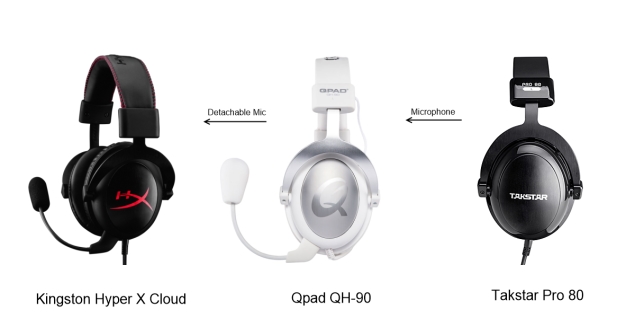 All said and done, the Kingston HyperX Cloud is a good-looking product with the right amount of oomph to attract attention. The headphones are available in black and white. We got the black (with red accents) version for review and we think it looks better than the white one.

The Kingston HyperX Cloud is made of various materials including plastic, leather and aluminum. The end result is a pair of headphones that looks and feels premium. The hinges holding the two earcups are made of aluminium, as are the HyperX logo centerpieces on the back of the earcups, and the microphone. The headband has leather padding and the pre-attached ear cushions are also made of leather. The rest of the body is plastic. As we mentioned, there are replacement ear cushions made of velour - a plush fabric which is much softer on the ear. The cloth wiring looks like it can withstand pulls.

With respect to the fit of the headset, the HyperX Cloud is super comfortable and more than adequate for long gaming sessions even with its weight of 350g. Even the microphone is at a good distance from the mouth and doesn't really distract from gaming. Replacing the leather ear cushions with the velour ones only adds to the comfort factor. In fact, we would go as far as to say that this are the most comfortable pair of headphones we've tested so far.

Two large 53mm drivers are present in each headphone. The headset has an operating frequency range of 15Hz to 25KHz. They have an impedance of 60 ohms and a True Harmonic Distortion of less than 2 percent, which is okay. 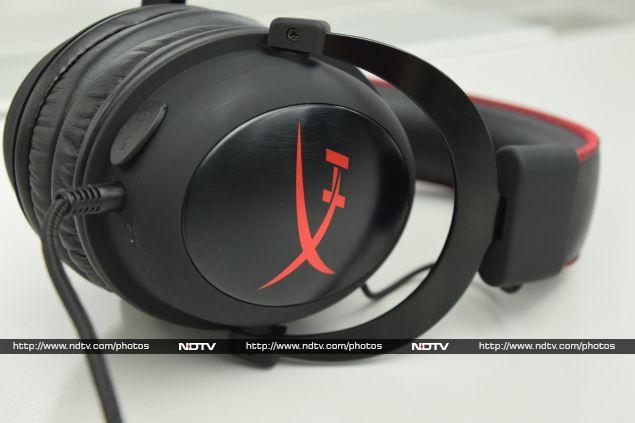 Performance
For a review of a gaming headset, we might be expected to start off with its sound quality in games, but as luck would have it, the HyperX Cloud is just as great for music and movies.

We listened to music across a variety of genres and found that the Kingston HyperX Cloud headset gives a lot of regular headphones in this price range a run for their money. The bass has adequate amounts of thump and doesn't distort at any level. Vocals are crystal clear and the highs are sprightly too. Channel separation is decent but one area that the HyperX Cloud suffers is in its sound staging. There was no perceptible air between the guitar and Bernhoft's vocal in his song C'mon Talk (live version). This is not really a dealbreaker, though. We watched multiple clips of various TV shows online and dialogues were crystal clear in all cases, which means that the mids are well-balanced. 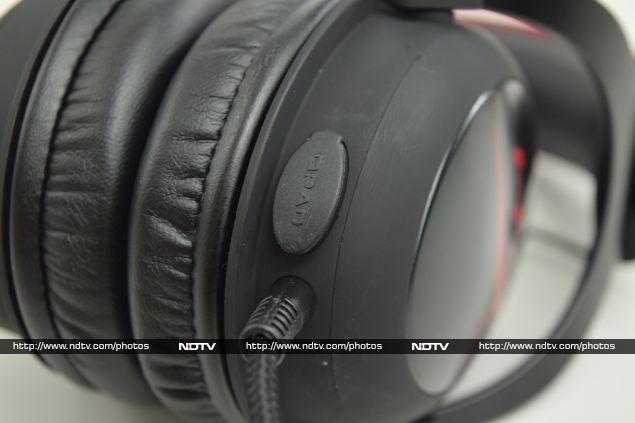 Coming to the primary purpose of the headset, we must say that we were happy with the sound quality especially in third-person shooters and indie platformers. The sounds of guns firing and vehicles zipping past us on the freeway as the radio plays in the background in GTA V were accurately captured by the headset. Some of this game's missions provide the perfect setup for a great background soundtrack to kick in when there is a gunfight. The experience was heightened by the fact that the HyperX Cloud performs admirably in the music department. We think the Kingston HyperX Cloud is great for racing games as the purr of car engines sound great, which makes gameplay more immersive.

The one area where the HyperX struggles is in first-person shooters, primarily because it is not a surround headset. We fired up Crysis 3 and immediately realised that in the very first mission, gunfire was muted and we couldn't pinpoint the location of the enemy guards against the rain in the background, as they scripted our funeral. 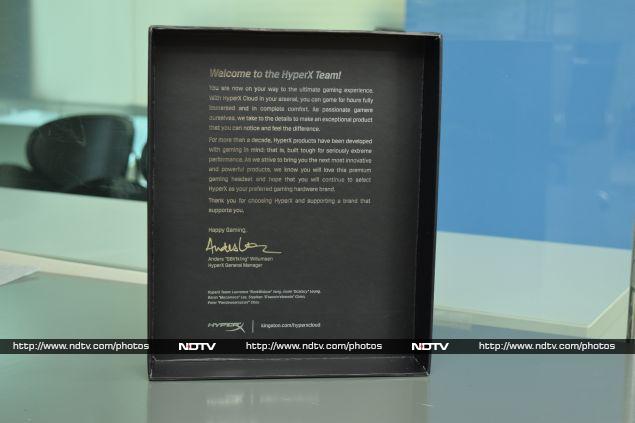 Verdict
Kingston is on the right track with the HyperX Cloud headset. By teaming up the Qpad, the company has managed to create a great headset which is a good fit in your gaming arsenal. Kingston hasn't revealed the exact price yet but it is expected to be around Rs. 8,500. This is a good price but it is slightly higher than what we expected. In any case, the HyperX Cloud headset is a good value-for-money proposition.

product The popular storage and memory products company Kingston is foraying into gaming headsets for the first time, and has placed its bets on the HyperX Cloud.