The moment we heard that Singapore-based Creative was reviving the Muvo brand, we assumed it was launching new MP3 players. However, we were pleasantly surprised to find a new line of wireless speakers instead. Creative seems to be acknowledging that the market for portable MP3 players is drying up. However, smartphones, tablets and laptops usually have small, tinny speakers, creating a great opportunity for the company to sell portable wireless speakers.

Creative's new Muvo 20 and Muvo 10 are portable wireless speakers with a host of connectivity options at the user's disposal. Taking the portability factor a bit further, the Woof is a miniature speaker which can connect to devices over Bluetooth. In our review we try to find out if they sound good too. 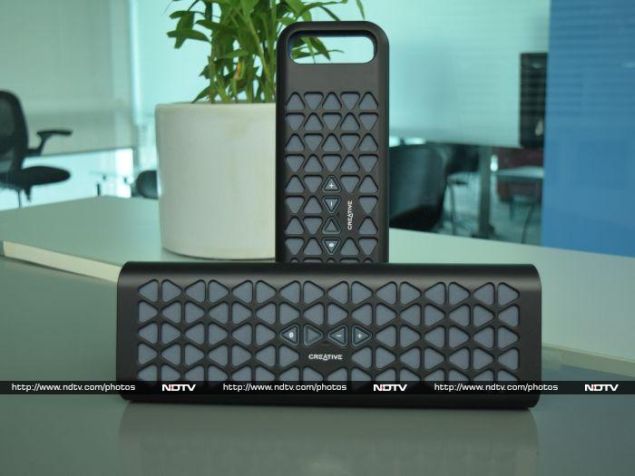 Design, Features and Specifications
The Creative Muvo 10 and 20 are similar in look with their triangular design. The Muvo 10 is slightly smaller and features a handle which makes it easier to carry, unlike its more expensive sibling, the Muvo 20. The Muvo 10 is also a bit lighter than the Muvo 20; it weighs 953g and the latter weighs 1.02kg.

The Muvo 20 is available only in black and white, while the Muvo 10 is also available in green. The volume and Bluetooth buttons are on the front of both the speakers, whereas the power switch is on the back. The one advantage that the Muvo 20 has over its younger sibling is that it can work as a power bank for smart devices using a built-in USB port. Creative claims that the Muvo 20 can last 10 hours on a single charge while the Muvo 10 can last 8 hours. Both models automatically power down when there is no Bluetooth connection or audio input for 15 minutes.

Both models can connect to devices via Bluetooth and Aux-in. They can also make use of the built in NFC feature to enable one-touch pairing. Additionally, the speakers have built-in microphones so that they can be used for making and receiving phone calls.

On the other hand, the Creative Woof is a comparatively tiny and falls in the 'micro wireless speaker' category. It is available in four different colours - gunmetal, blue, red and silver. The Woof fits easily in a palm. It is made of metal and the build quality feels rather, although this makes it feel heavy at 255g. Similar to its elder siblings, the Creative Woof can connect to devices via Bluetooth and can be used for phone calls too. It doesn't support NFC, though. 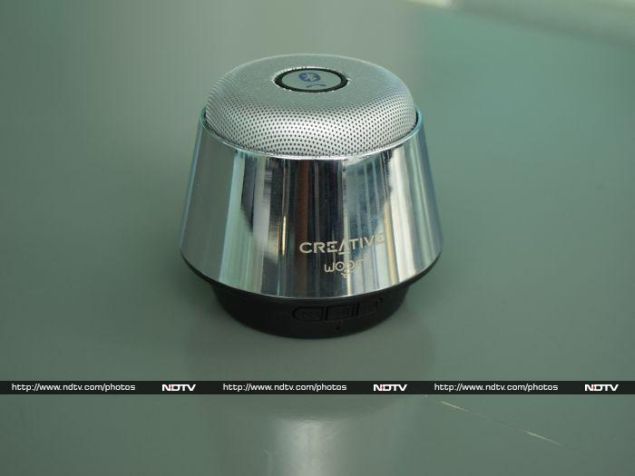 Performance
It is no surprise that the Creative Muvo 20 is the best sounding of the three. Even so, we think that the sound quality is not great. It gets a lot louder than the Muvo 10 and some other wireless speakers available in the market today. The sound is unidirectional and we couldn't distinguish between the left and right channels. This is the case with most single-unit portable speakers and so we aren't complaining too much. We played Ease my mind from Skrillex's new album to check the bass response and we were left feeling confused. The low frequencies kick in with a bang and are loud, but discerning listeners will easily notice that the lows aren't punchy. The trebles and mids sound much better and have great definition.

The Muvo 10, when compared to the Muvo 20, sounds hollow and is not as loud either. The definition of the sound in the mid and high frequencies is average, but the bass is underwhelming. 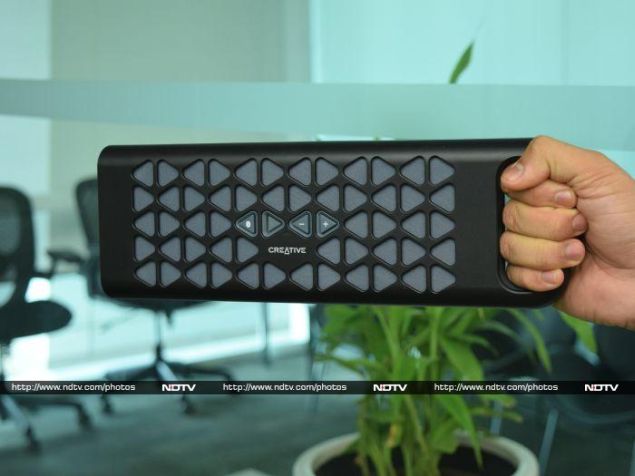 The Woof initially surprised us with great sound in the classical music that we tested since it did not get shrill. We then switched genres and found that that it loses details in both the low and high frequencies. There is a clear distortion at high volumes as well. Moreover, since the speaker fires upwards, sound was directed away from our ears.

Neither movies nor game audio sounded good on the Woof or Muvo 10, but the Muvo 20 performed better in highlighting sounds in movies.

NFC worked flawlessly on both the Muvo 20 and 10, and we could easily establish a Bluetooth connection. The Woof connects promptly via Bluetooth. Unfortunately, the three speakers can connect to only one device at a time. 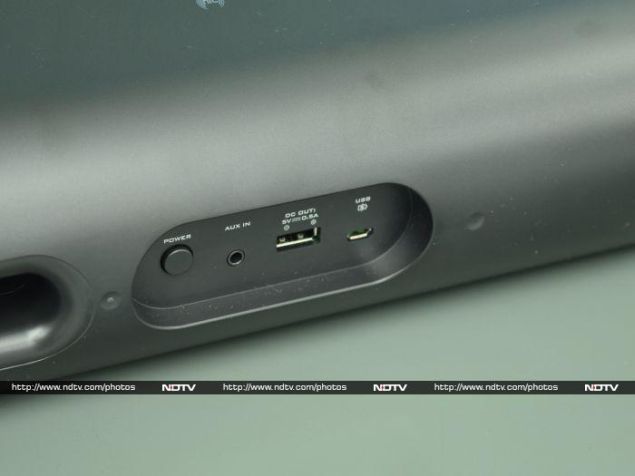 Verdict
The Creative Muvo 10, Muvo 20 and Woof are priced at Rs. 5,999, Rs. 7,999 and Rs. 3,999 respectively. The prices for all three models are higher than what we expected. Wireless connectivity is great, but the sound quality of the Woof and the Muvo 10 is not up to the mark. The Muvo 20 on the other hand competes with and sounds better than the JBL Flip II, making it an alternative worth considering.

product All the three Bluetooth speakers are easy to set up and use, but do they sound good?
Comments