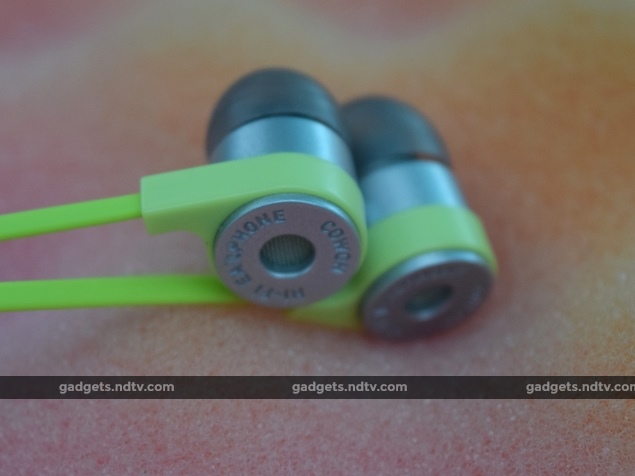 Cowon is a relatively new name in the world of audio products. The company was founded in 1995 and is based in South Korea, with offices and distributors all over the world. It gained fame in the early 2000s as a manufacturer of portable media players, and still produces a wide range of personal audio products, including earphones.

Speaking of earphones, Cowon now have a small range of in-ears for sale in India. Most of these are budget products, priced at or below Rs. 1,000. The newest product in this range is the Cowon EK2, which is similar to the older EM1 in-ears in many ways. At Rs. 1,100, it sounds like an ideal upgrade from the often-terrible bundled in-ears that come with most phones and portable media players. We review the pair to see if they are the upgrade you're looking for. 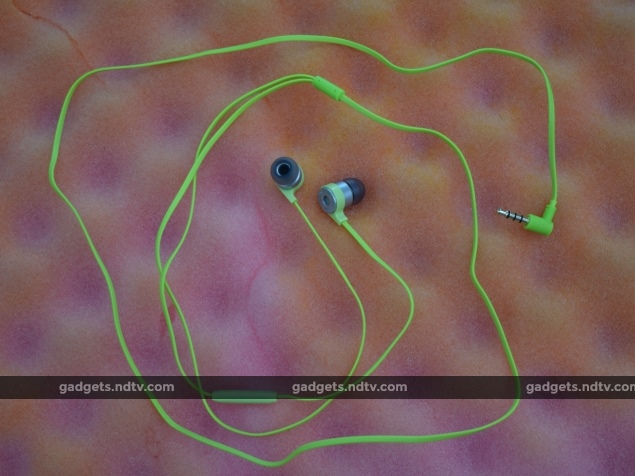 Specifications and Design
The Cowon EK2 features 10mm dynamic drivers, 16 Ohms of impedance, 103dB sensitivity, a 20-20,000Hz frequency range and a 1.2m flat cable. It's a lightweight headset as well, since the casing is made entirely of plastic. The matte finish looks good, although the green of our review sample was a bit too bright and gaudy for our taste. Luckily there are more sensible colour options available, and in our opinion the black one looks best.

The Cowon EK2 in-ears are open-backed, and the grille is visible on the back of each casing. As far as looks go, this is an interesting change from the vast majority of in-ears which have closed backs. Along with the engraved text on the back, this gives the casing an industrial look and feel. The rest of the unit is pretty standard, with a flat cable and Android-friendly in-line remote being the only noteworthy bits. 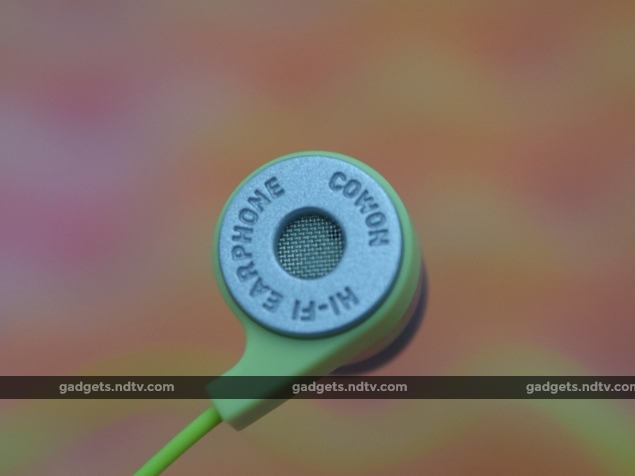 Fit and Performance
There are three silicone ear tips bundled in the box, and we found one that fit well. The low weight and easy shape make it possible to keep the EK2s on for as long as you want. The only odd part of the design is the stems of the earpieces, which point forward. This actually improves fit and comfort, so our concern is only about the aesthetics of it.

We used our reference Fiio X1 high-res audio player and an Android smartphone to judge the performance of the EK2s, with the following focus tracks: Pink Floyd's Another Brick In The Wall in WAV, Michael Jackson's Rock With You and a 2012 live version of Coldplay's Viva La Vida in 16/44.1 FLAC, and The Whispers' The Beat Goes On in 320kbps MP3. 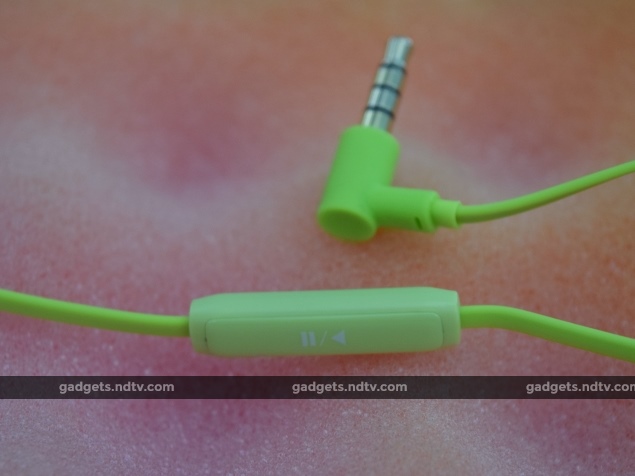 The Cowon EK2 in-ears offer a clean, neutral sound for the most part. Highs and mids are surprisingly good for a pair of Rs. 1000 in-ears. Low frequencies are properly audible, but a lack of punch makes it hard to pinpoint them unless you listen very carefully. This can be attributed to the fact that the EK2 in-ears are open-backed. This also leads to a fair amount of sound leakage, and somebody sitting next to you will easily be disturbed by what you're listening to.

Pink Floyd's Another Brick In The Wall is always a good track to check for bass response, and unfortunately we could barely feel any thump and drive in the lows. The deep hum of the bass guitar didn't seem to have any real feeling. The track did show some impressive separation of elements and imaging, though. Some of the lighter chatter in the background, the sound of the helicopter wings and even the guitars, felt incredibly three-dimensional for a pair of in-ears at this price. 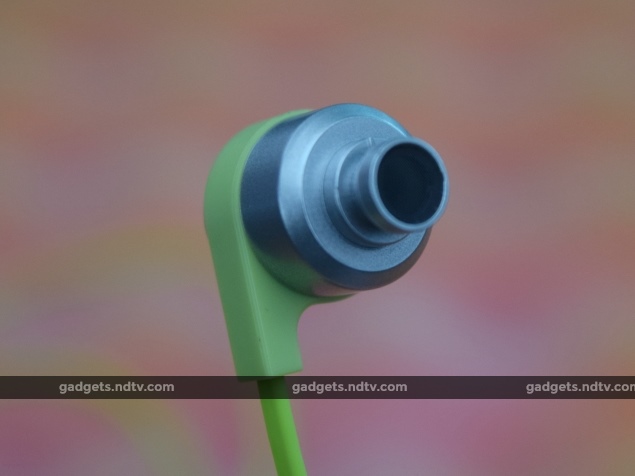 Exciting, lively tracks such as Rock With You and The Beat Goes On showed that while the EK2 in-ears are capable of handling treble and vocals with panache, drive is something they clearly lack. The earphones can't keep up too well when there's too much dependence on thump in the bass.

The 2012 live version of Viva La Vida is quite possibly one of the greatest live performances of the last decade, and understandably has a lot of crowd involvement. Once again, the Cowon EK2s try really hard to keep up with the vast amount of activity going on, but some of the stronger, more bass-dependent parts show that theyjust can't keep up. Still, keeping in mind the price, this pair of in-ears makes a valiant effort that deserves to be recognised for what it is.

Thanks to its clean sound, the EK2 performs well with video sound as well. Voices and background sounds are clear and sharp. The same goes for hands-free smartphone use. The open-backed casing is unfortunately the only weakness, as it causes sound to leak, which may be a privacy issue and an annoyance to those around you. 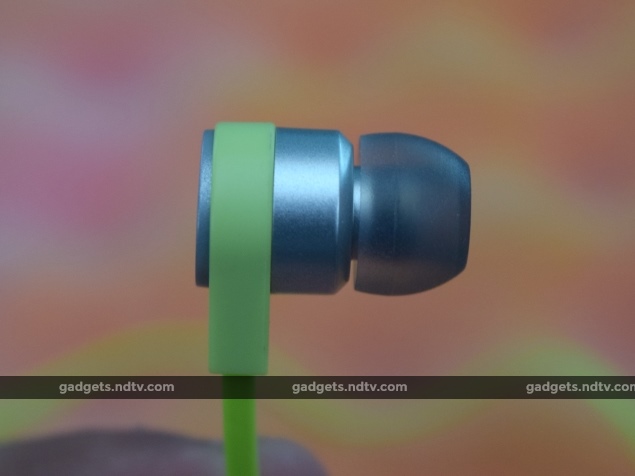 Verdict
Most budget in-ears are tuned to favour bass and give you more thump. That's what the target audience seeks, and that's what manufacturers cater to. Cowon has tried something different with the EK2 in-ears, choosing to tune them to enhance imaging, separation and openness. Some of the not-so-busy tracks we tried showed that the EK2 has a real knack for digging out detail.

However, the lack of excitement and punch makes it hard to recommend these in-ears to anyone with a lively playlist. There just isn't enough in them to keep us thrilled, and cheaper options such as the Xiaomi Piston in-ears do a far better job with the busier tracks. If you like to keep it light and you want as much detail from your in-ears as Rs. 1,100 will buy you, the Cowon EK2 is a good buy.