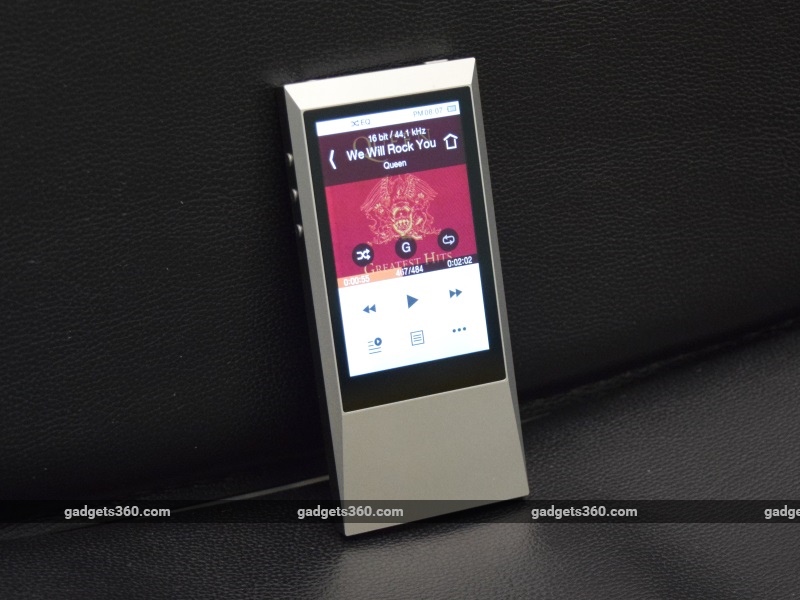 Highlights
As European as its name may sound, Astell & Kern is firmly Asian, being the premium brand of South Korean audio equipment maker iRiver. Its product range is focused around portable high-resolution audio players, but also includes other products such as all-in-one sound systems, CD rippers, network audio systems, and more. The company has also jointly developed headphones and earphones in collaboration with brands such as Beyerdynamic and Jerry Harvey Audio.

As a popular name in the high-end audio industry, Astell & Kern has become the kind of aspirational luxury brand that audiophiles hope to own. It's known to set itself apart with its specific and interesting design language, as well as high-quality components and hardware.

Today, we're reviewing the Astell & Kern AK Jr, which is the company's least expensive portable audio player priced at a still-not-that-affordable Rs. 34,990. With a slim, beautiful design and plenty of promise in the specifications sheet, the AK Jr looks to be a great entry point into the world of high-resolution audiophile audio. Find out all about it in our review. 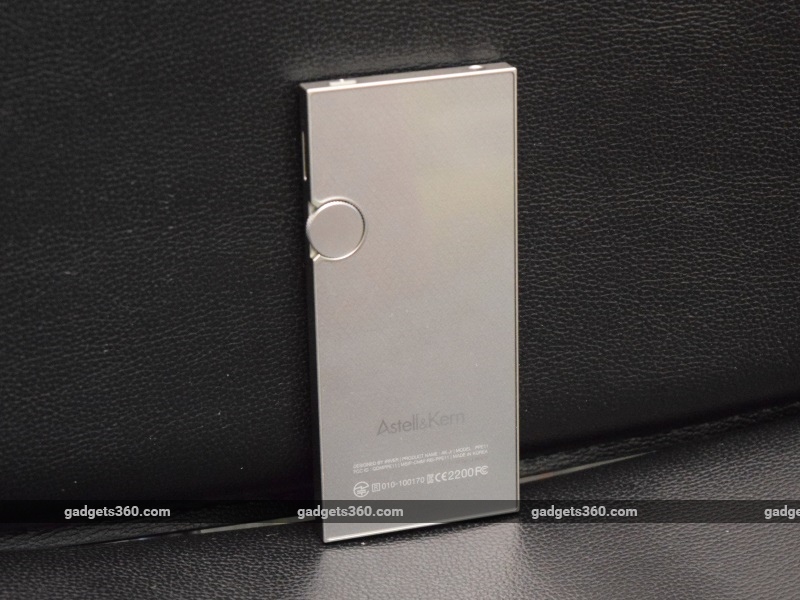 Design and specifications
With a style that reminds us a lot of the similarly-priced iBasso DX80, the Astell & Kern AK Jr is all about sharp lines and a modern, almost alien shape. Built of aluminium and with a glass back, the AK Jr's entry-level credentials don't show at all in the way it's designed. It's also incredibly slim and pocketable, with a low weight of 93g.

Charging and data transfers happen through the Micro-USB port which is at the bottom, while the playback controls are in the form of buttons on the left. The top has the 3.5mm socket for headphones and line-out, along with the power button, while the right has the microSD card slot and a volume dial. The AK Jr has a 3.1-inch 240x400-pixel capacitive touchscreen, which can be used to navigate around the interface and control music. The sales package includes a charging cable, but no wall adapter. 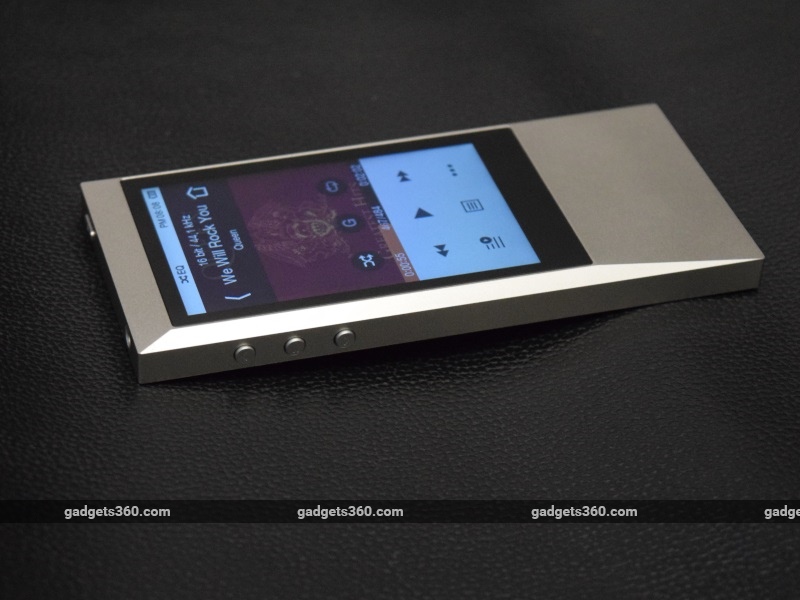 The Astell & Kern AK Jr uses a Wolfson WM8740 Digital-Analogue Converter, and can also be used as a standalone DAC unit when connected to a PC. It has a 1450mAh battery which runs for about 9-10 hours on a full charge. There's a generous 64GB of storage on the device, and you can add up to 64GB more through a microSD card. Additionally, the device is Bluetooth-capable to allow connectivity to supported wireless headphones and speakers.

The software on the AK Jr is simple and neatly presented, with a comfortable interface that makes finding music on the device easy. There's support for a wide range of audio formats, including all the popular ones with resolutions going up to 24-bit/192kHz, as well as the DSD and PCM audio formats, which are gaining popularity among audiophiles. 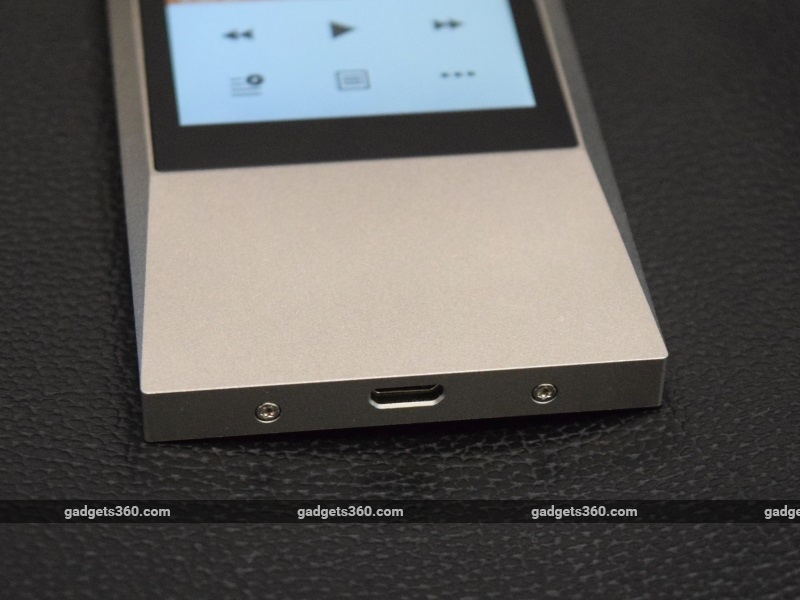 Performance
We tested the Astell & Kern AK Jr with a handful of headphones, including the Trinity Atlas, Sharkk Bravo, and Bose QC35, using both wired and wireless options. Focus tracks for the review were Bonobo's Days To Come, Coldplay's Every Teardrop Is A Waterfall, and Pharrell Williams' Happy.

Starting with Days To Come and the Bose QC35 connected over Bluetooth, we found the sound to be subtle and gentle, yet satisfyingly wholesome. There's plenty of detail to hear, with the AK Jr capably separating individual elements of the track. The detail is particularly audible when the excellent noise-cancelling capabilities of the headset are activated and most ambient noise is eliminated. The ability to notice and feel individual details will appeal to listeners. 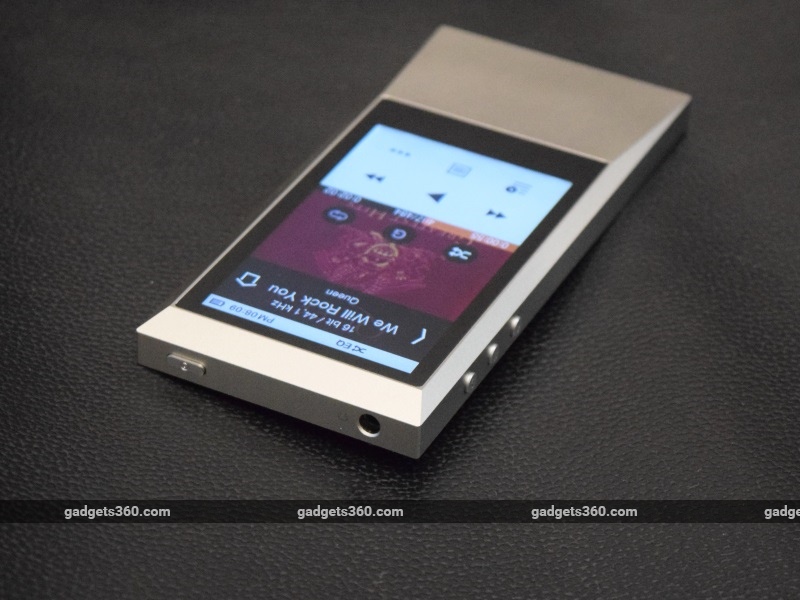 With Every Teardrop Is A Waterfall and the Trinity Atlas, we had a chance to examine frequency responses and the AK Jr's ability to work with good headphones. Not only is the Atlas driven particularly well by the AK Jr, but its characteristics are also perfectly maintained. We primarily used the Atlas with its bass-boost filter, and could hear just a slight spike in the low end as a result, while detail and drive across the range were maintained. The gentle beat and high cymbal sounds of the track were reproduced well, although we did occasionally feel that the mids were a bit weak. Switching to the neutral filter boosted the mid-range a bit, but there was still a tendency for the AK Jr to provide a coloured sound that isn't entirely neutral.

Finally with Happy and the Sharkk Bravo headphones, the Astell & Kern AK Jr showed a bit more capability in the mid-range and highs, thanks to the excellent electrostatic drivers in the headphones that can handle the upper half of the frequency range. While other devices tend to highlight the lows in these headphones, the AK Jr does a decent job of driving them equally across the range. Mids remain just a bit less sensitive, and there's no doubt that the AK Jr is working hard to promote the strengths of the headphones. 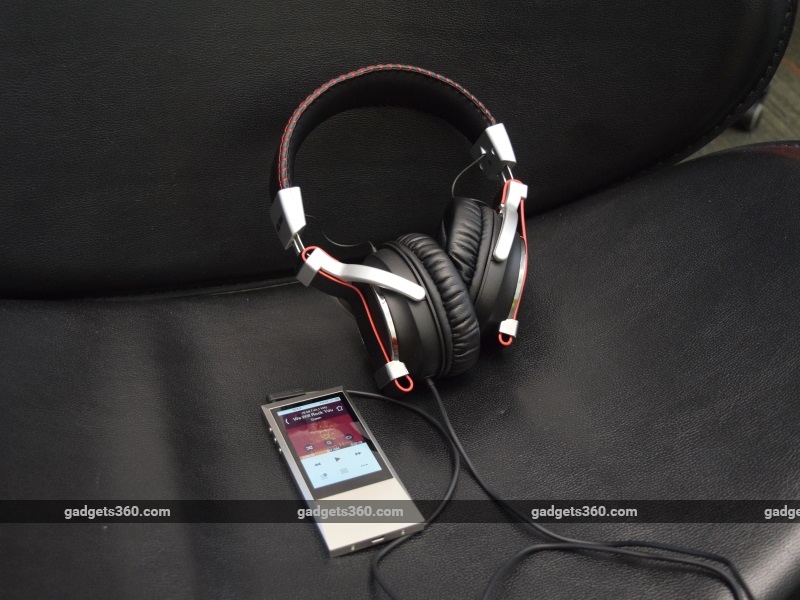 Verdict
The Astell & Kern AK Jr is a strong product, considering its price and the focus on standing out. It looks good, is beautifully built, and has the specifications, format support, and connectivity that help justify the Rs. 34,990 price tag. For listeners who can afford it, the AK Jr represents a serious upgrade to their portable audio kit.

Although incredibly detailed and very loyal to the characteristics of the headphones you use with it, the AK Jr stops short of achieving audiophile-grade sound. This isn't for a lack of quality; it's simply because a slight sensitivity drop in the mid-range means that the sonic signature is not neutral. This is not necessarily a bad thing, but audiophiles would do better with devices such as the iBasso DX80 and Fiio X7 because of their neutral output. If you're okay with a bit of character added to your sound, the Astell & Kern AK Jr is a fantastic, feature-filled high-resolution audio player with powerful performance.