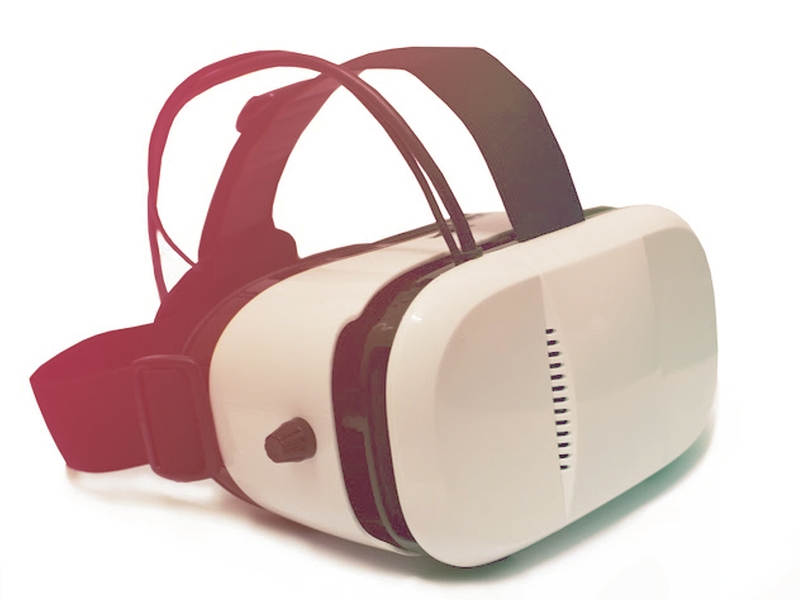 The competition for virtual reality headsets is heating up, and there are some clear frontrunners emerging - the Oculus Rift, whose Kickstarter project sparked the fresh wave of interest in the category is going to launch next year, while HTC just clarified that the HTC Vive will be available from April. Sony's PlayStation VR will also release next year, and on the mobile front, the Samsung Gear VR is already on sale.

One problem that is shared across all the different gadgets in this space is that they're all going to be pretty expensive - the Gear VR is the cheapest, at $99 (approximately Rs. 6,600), but it only works with certain high end Samsung phones - which, coupled with the limited exposure to VR means that the technology will remain a niche for some time, particularly in countries like India.

However, there are plenty of new headsets under development as well, including the Tesseract by Absentia, which is tentatively going to be priced at Rs. 12,000 for the HD version, and Rs. 20,000 for a QHD version.

The Absentia team brought its headset to Delhi for Comic Con, and we also tried the headset for an extended session the next day. 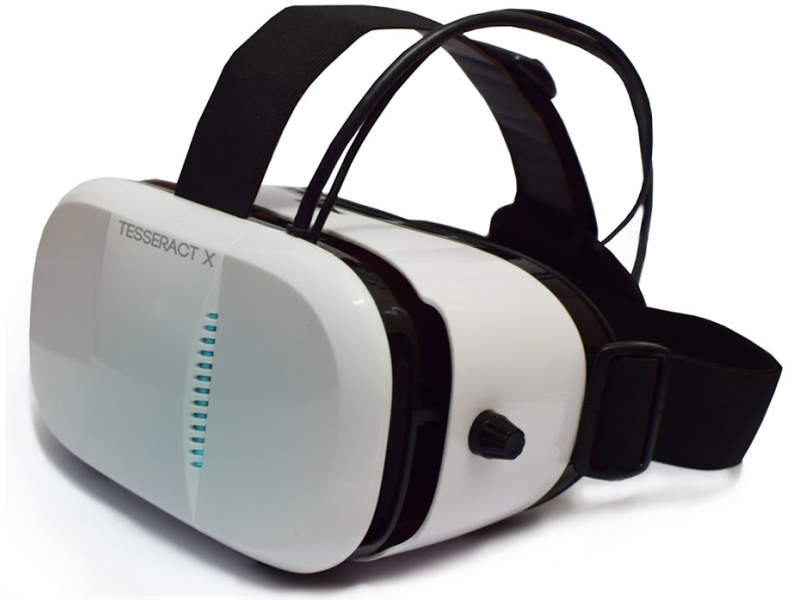 How does the Tesseract measure up when compared to the Vive, Rift, or Gear VR? We've used the Rift Dev Kit 2, the Gear VR Innovator Edition, and the first iteration of the Vive - Oculus has shown off updates to the Rift, and HTC will be updating the Vive prototype before the consumer goes on sale in April, so the actual devices you can buy will be a lot better than the models we tried. However, that's the case with the Tesseract as well, and the team talked to us about some major changes that are expected in the next six months. With that in mind, here are our first impressions of the headset.

First and foremost, the display used is impressive. The QHD screen is crisp and sharp, and the simple lens adjustment made it easier to use this headset while wearing glasses than the other two. There is no screen door effect to speak of - when the image is holding still, you would still need to peer carefully to be able to tell.

In terms of design, the unit felt closer to the Gear VR Innovator edition than the other two - it was light, and once we were strapped in, the weight wasn't noticeable. This display can be worn comfortably for long periods without any real issues. It uses the standard strap arrangement that the other headsets use, and is connected to your computer with an HDMI and a USB cable. This is all pretty standard, but one big difference is that there is no companion camera to track your movement. 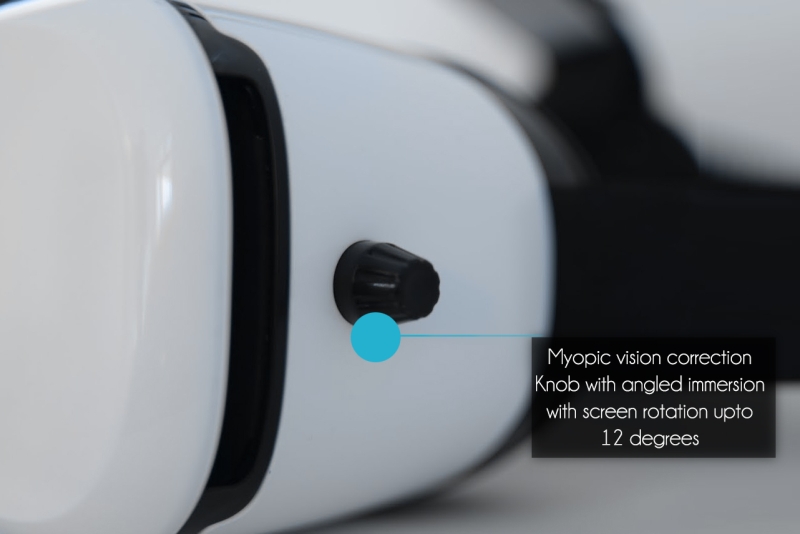 You can't walk around in the virtual world and have your actions mapped automatically - you're still reliant on the controller. There's no head-tracking either - this was the case with the first generation Rift Development Kit, where you could look around but not lean in. The second Dev Kit added a camera and LED sensors on the body of the headset. This means that you could lean your head forward to take a closer look at something, or flinch away from something. It doesn't sound like a big change but it really helps with the immersion to be able to do this. That makes sense when you think about it; the ability to look around gives you 2D motion - allowing you to move in and out of the scene as well goes from 2D, to 3D.

The Absentia team says that there is a second inertial motion unit on the headset, which should allow this kind of tracking, but this is still a work in progress; the team tells Gadgets 360 that it will be implementing this feature by early 2016.

Adding support for head tracking (and not just point of view tracking) will go a long way towards improving the immersion with the headset. 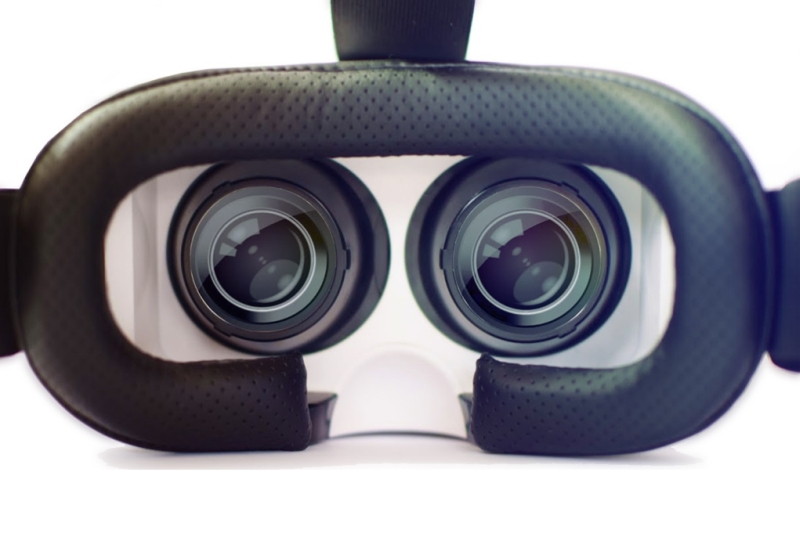 According to the team, it uses a 5.5-inch QHD LCD display, giving a pixel density of 463ppi. Absentia also says that the FOV of the screen is 110-degrees, with a refresh rate of 90Hz. While we could not measure these figures, visually speaking, once the lenses were adjusted to account for the distance from each eye, there were no problems at all. The screen did not flicker, and filled up our entire vision. Once we were wearing headphones, we weren't looking at a screen, we were inside GTA 5.

Another feature that will be implemented early next year is compatibility with game consoles, starting with the PlayStation 4. The PS4 supports HID controls, and the Absentia team believes that this method can be used to integrate your point-of-view tracking with the PS4, so that the Tesseract can be used with the console, along with PCs.

The lack of cameras to track your movement feels like a major shortfall right now. That would probably not stack very well with a lot of existing content, but it restricts the kind of experiences that are possible with the headset. The most moving part of trying the HTC Vive, for example, was Tilt Brush, a 3D painting app, where you could draw in the air, and walk around the through the art you were creating. You could draw in neon lights, of textures like snowall, on a 3D canvas that you could walk through. It's a near religious experience and one that won't be replicable on the Tesseract.

The focus on existing PC games is a double edged sword. On the one hand, it allows the Tesseract to work out of the box with an impressive array of games, which will no doubt help with adoption - the lack of VR content is a big challenge right now. However, it also means that the headset will not be as optimised for pure made for VR experiences, which could lead to a compromised first impression. Of course, we're still some months away from the Tesseract's actual launch, and there is plenty of time left for the device to evolve. Oculus founder Palmer Luckey warned in a comment on Reddit that a lot of shitty headsets are coming, and a handful of good ones. From what we've seen, the Tesseract has the potential to be one of the good ones, as long as it keeps evolving right now.

Nintendo and the Surprising Success of the 3DS
Yahoo's Marissa Mayer: From Grocery Store to Silicon Valley Star