What Game of Thrones Can Learn From The Legend of Korra

Game of Thrones is among our favourite shows on TV right now, but it has a big diversity problem. Almost all of the show's major characters are white, which is rather sad considering that shows such as Twin Peaks have championed inclusivity over 25 years ago.

The Game of Thrones universe is set in a medieval age where Westeros isn't as racially diverse as the world today. Fans of the show can often be heard using this as an excuse to defend the show's lack of diversity. They claim that since Westeros is based on medieval Britain and western Europe, the lack of major characters being portrayed by non-white people is to keep the show "realistic".

Of course that argument is ridiculous in a show where there are ice-zombies and fire-breathing, flying dragons. If Thor can be a woman and Captain America can be black then there's no reason why all major Game of Thrones characters should be white.

Lack of representation
George R. R. Martin himself acknowledged the show's diversity problem in response to a comment from a fan on his Livejournal page. Martin told the fan that the next book in the series Winds of Winter will feature 'characters of colour'.

"I do have some 'characters of colour' who will have somewhat larger roles in Winds of Winter. Admittedly, these are secondary and tertiary characters, though not without importance," Martin wrote.

This applies to the book only though, and not the show. 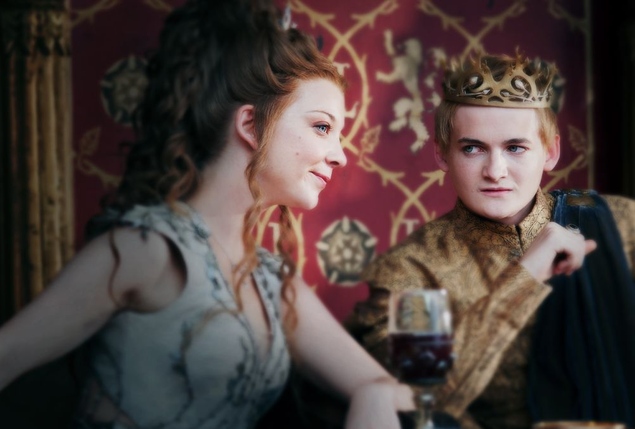 Martin wrote, "I do think HBO and David [Benioff] and Dan [D. B. Weiss] are doing what they can to promote diversity as well, as witness the casting of Areo Hotah, which you mention. Of course, Hotah IS a guard... but he is also a viewpoint character in the novels, a brave and loyal warrior."

On the TV show in particular, the only people of colour you will witness are savages - without exception. In one particularly galling scene, the white (and blonde haired) Danaerys walks into a crowd of brown people who have been liberated by her cultural values - since no brown people have problems with slavery (apart from the slaves) - and then literally bodysurfs past the worshipful crowd.

It would have been easy for the show to avoid the kind of issues it has blundered into, and Game of Thrones and HBO wouldn't have had to look too far to find TV shows that tackle the diversity problem head on.

While Nickelodeon's The Legend of Korra isn't the only show to feature a diverse set of characters, it deserves special mention for how deliberately it demolishes tropes. If the Game of Thrones universe reduces most women to non-combat roles, then The Legend of Korra has men and women fighting alongside each other. 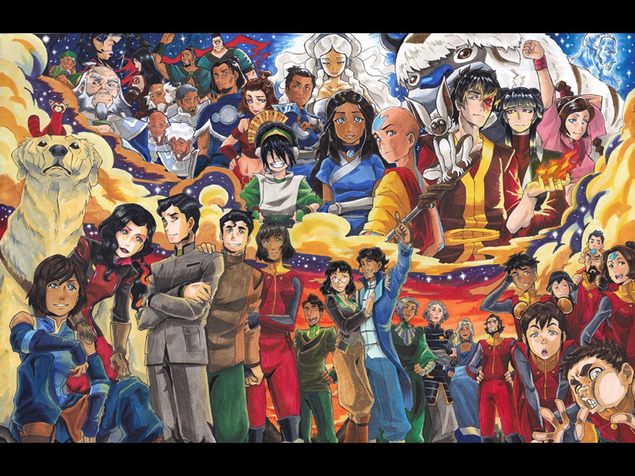 Like Game of Thrones, Korra draws notes from history and mythology to create an elaborate fantasy world with a large cast of characters - the world in this show is equally large and impressive, with different states and various types politics and regional tensions it draws on. The difference comes in how Korra embraces the opportunity this provides to be truly unique, while Game of Thrones, for all its cries of realism, just becomes another version of Tolkien's Lord of the Rings universe.

Celebrating differences
Korra is a dark-skinned, muscular young woman who serves as the show's action hero. That is a departure from the traditionally fair, muscular and handsome action hero trope. If that wasn't enough, the show's finale reveals that Korra is bisexual. This is a fine example of how TV can be used as a medium to promote tolerance.

Another great character on the show is Toph Beifong. She is a visually challenged woman, who has some tremendous earth bending (in the show's world, rare individuals can control either fire, or earth, or air, or water, through martial arts) skills that she developed because she cannot see. You often see other characters appreciating her skills and she goes on to invent metal bending in the Avatar universe. One of the villains in The Legend of Korra - Ming-Hua - has no arms but she's one of the best water benders in the show because of that.

Characters in the Game of Thrones are far more cruel. Tyrion Lannister is constantly ridiculed because he's a dwarf. Lord Varys and Grey Worm are mocked because they were castrated. Brienne of Tarth is a rare example of a skilled swordswoman in the show, but she's also made fun of due to her appearance - she is hated because she doesn't conform to the lady character trope in Game of Thrones. 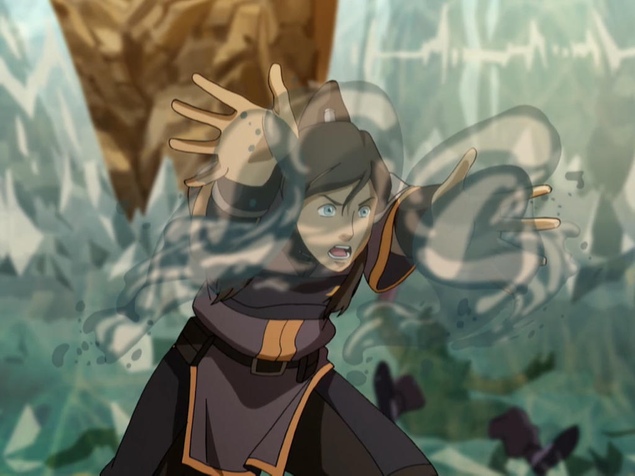 The Legend of Korra is the successor of Avatar: The Last Airbender, a show originally thought to be for kids. Korra feels like it's targeted more towards teenagers and it's setting the right example in terms of promoting diversity and tolerance. There's no reason why a show like Game of Thrones can't do the same.

It's unusual to see a network like Nickelodeon, which is for kids, setting the right standards for established giants like HBO. It's hard to believe that HBO was the network that aired The Wire, a fantastic show that raised awareness about issues such as drug trafficking and smuggling. Not only is The Wire one of the best TV shows of all time, but it also is among the best examples of a show that highlights diversity and representation. Game of Thrones and HBO were creative enough to change significant portions of the book for the TV show, which leaves them with no excuses for not being creative enough to celebrate diversity.

Further reading: Avatar The Last Airbender, Diversity, Game of Thrones, George R. R. Martin, Legend of Korra, Nickelodeon, TV Shows, Television, The Legend of Korra, The Wire, Twin Peaks, Westeros
Pranay Parab Email Pranay Pranay is in charge of podcasts and videos at Gadgets 360. Over the years, he has written over 500 tutorials on iPhone, Android, Windows, and Mac. He has also written in-depth reported features on the intersection of technology and culture, reviewed fitness wearables, been the social media manager, started two podcasts, and produced several tech videos. He loves travelling, particularly to places not frequented by tourists. He keeps running half-marathons across the country and hopes to complete ...More
Radiation May Harm Astronauts' Brains on Long Space Flights: Study
House of Marley Get Up Stand Up Review: Wood, Bass, and the Art of Thump