The Angry Birds Trailer Is Making Me Angry 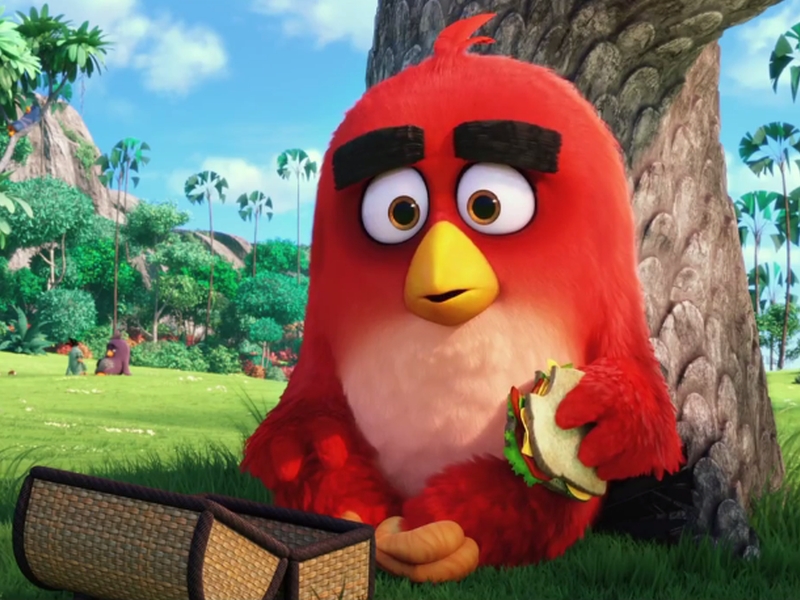 The Angry Birds movie is - finally - a thing that is going to happen. After years of talking about it and a teaser image released last year, we now have a trailer for the film, which releases in "Summer 2016".

At first glance though, this trailer doesn't look like Angry Birds at all. There's a huge disconect between these creepy, not quite bird-like characters, and the cute 2D designs of the app that grew so popular that it went from a mobile game to a line of toys, clothes and other merchandise, and various spin-off games, along with cute cartoons in the original style.

You can see the trailer for yourself below:

The 3D designs are weird, and the birds look more like bears, with feathers. There's a close-up of "Red", the red bird most people think of when they think of 'Angry Birds', clenching his fingers, and the whole thing just looks strange.

Part of the problem is probably the tone. The film stars actors like Jason Sudeikis, Josh Gad, and Danny McBride, along with many of the usual faces you'll see working with them. Movies like Horrible Bosses, We're the Millers, and Drinking Buddies are great fun, but they're also the very opposite of what you're expecting from Angry Birds. It's almost as if someone picked up the script for the next Jason Sudekis movie, made a few changes, and just called it Angry Birds.

We've already seen Angry Birds cartoons in the past, which you would imagine could serve as a template to the film, but the two things couldn't be more different if you tried. The movie chooses to go with legs, wings, and dialogue that feels like it doesn't really belong in an Angry Birds movie. Are we overreacting? You be the judge, and compare the clip above with this Rovio-made Angry Birds cartoon clip:

There's no doubt that the star cast that has been assembled for this Sony Pictures film is capable of amazing things. But there's little reason, at this point, to believe that the Angry Birds film is one of them. What's more, a lot has also changed in the real world since the movie plans were announced - the star of Angry Birds has faded, Rovio has released a Candy Crush clone, even as it lays off 260 employees worldwide, and its IPO looks unlikely. You have to question the overall health of the company at this point.

The newest version of Angry Birds has followed the in-app purchases approach, putting off some more fans. Add this all up, and you get a brand whose value is far from its white hot apex two to three years ago. An Angry Birds movie today will work either on its own merits (in which case, why bother with the expensive IP?) or because of the hardcore fans who still make it valuable. And if fans are the ones you're banking upon, then why is the Angry Birds movie such a far cry from the game that we're still obsessively playing?