I Don't Care How You Do It. Someone Has to Fix the Cable Box. 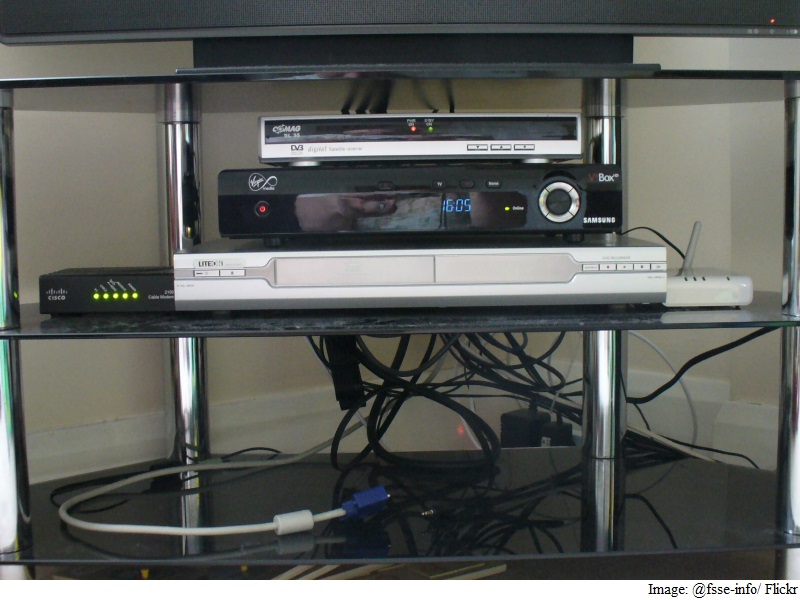 Last week, the Federal Communications Commission revealed a proposal that would loosen the cable industry's hold on the cable box - that flat, gray or black box that sits on your TV stand and is largely ignored until you move to your next home.

Great, you may say. Why would any normal person care about something so boring? The truth is, this proposal could actually make that set-top box an interesting product. Not only could it affect how you watch your TV shows, movies and videos - it could also make products such as the Apple TV, the Amazon Fire TV and others a far more integral part of your home. (Amazon chief executive Jeffrey P. Bezos owns The Washington Post.)

As my colleague Brian Fung has outlined, the immediate impact for consumers if this proposal is approved would be that they'd be able to save some money by not renting their cable box from their provider. On average, consumers pay $20 (roughly Rs. 1,360) a month to rent the devices. But a more interesting development may be a little more nebulous: It could also change the way we watch television, by allowing other companies to make set-top boxes that can completely replace the one you get from your cable company.

And that's been the source of a lot of controversy.

The cable box, most of us can agree, is not a great product. It certainly is not one that feels updated for a modern age. For example, there's that antiquated looking channel guide that graces the screens in most cable users' homes. That's one of those small daily annoyances that really feels like it should be solved by now. It's 2016! Why is it so much work to find the channel I want, even when I know what I want to watch?

That, at least, is the argument that FCC Chairman Tom Wheeler made over at Recode, comparing a proposal to unlock the set-top box to the moves the government made decades ago to allow people to buy their own telephones rather than having to lease them from the phone company.

"The FCC unlocked competition and empowered consumers with a simple but powerful rule: Consumers could connect the telephones and modems of their choice to the telephone network," he wrote. "Competition and game-changing innovation followed, from lower-priced phones to answering machines to technology that is the foundation of the Internet."

Of course, under the proposal, cable customers could still choose to have their cable company's box. That might be the easiest thing to do, after all. But cable companies would be competitors in a much larger marketplace.

John Bergmayer, a senior staff attorney at the consumer advocate group Public Knowledge, noted that essentially every other area of technology has a separation between the network operator and the device you attach to that network. "Verizon, AT&T, Sprint and T-Mobile don't decide on what apps can be on your phones," he said. "You don't get your laptop from Comcast." The video market, he said, should operate the same way.

He also noted that the set-top box could become a more prominent part of your home over time.

Cable companies, he said, have already looked into ways to make the set-top box become a home hub - to also be the central operating point of your smart home, or security system. Apple's certainly gone in that direction with its Apple TV, by integrating its HomeKit technology into its set-top box. Being able to combine your cable viewing with a smart home hub would take us one step closer to the "Star Trek" that techies dream about when thinking about the home of the future.

But even if the innovation extended just to the television, that would be welcome to most consumers. You could ditch that big channel guide grid. You might be able to pin favorite channels to the top of a guide. If you have a favorite show or movie, you could maybe set an alert to come up on your cable box every time it's on, no matter the channel. And if it gets added to a streaming service, you could know about that, too.

Or imagine what this could do for search. As more people turn to supplementary services such as Netflix, Hulu, Amazon Video and iTunes for TV and movies, we're all finding how annoying it can be to get the show you want to watch, on a service you have access to, and on the screen you want to watch.

Apple, Roku and others have tried to deal with this problem by using apps - you can download the apps you want onto their boxes and then use that to watch what you want. And independent set-top box maker TiVo has used technology available under the current rules to do exactly what this proposal would allow: to let you replace your cable provider's box with one of theirs, for certain carriers.

That is part of the reason why the cable industry, along with some other firms such as Roku, are very against this latest proposal. They say that this sort of innovation is already happening: Comcast has its X1 system, which extends beyond the typical set-top box with a slick interface that offers recommendations and and lets you watch live TV or recorded programs on your mobile devices.

Smart TV companies and others have tried out guides that put video from streaming services alongside normal programming. The cable industry has said that, in general, it's working on making apps that get their programming on other companies' devices and negates the need for a box. Having the FCC step in with new regulations requiring sharing, they say, unnecessarily upsets the balance of where the industry is already going.

That may be true; the government hasn't always had a sterling track record when it comes to stepping into competitive industries - even the cable industry itself.

But something has to change. Because none of the options on offer have proved so far to be the perfect solution; in fact, it often feels like a stopgap. Apps, for example, aren't necessarily the greatest solution for video streaming, since they're really just aggregating lots of little buckets into the same place, rather than creating one great menu of all your options.

"There's a lot of talk about apps solving the problem" of fragmentation, said Robin Wilson, vice president of business development at NAGRA - a company that has already introduced a product for cable boxes to unify some of these services. "But I think that is naive and maybe five to 10 years too late. Apps often don't talk to each other, you're still using many different UIs [menu designs] and deep linking barely works," he said, to get from app to app.

Consumers don't really want to even switch between apps to get what they want to watch; that's tedious, he said. "You need more than that," Wilson said. "You need to share information and have one global app." Whether that means sharing channel guide information because of government regulation or working out deals between companies to get all that info in one place, companies looking at the video space should know that consumers are craving simplicity. Now.

If someone can deliver that, then they can probably take the whole market.