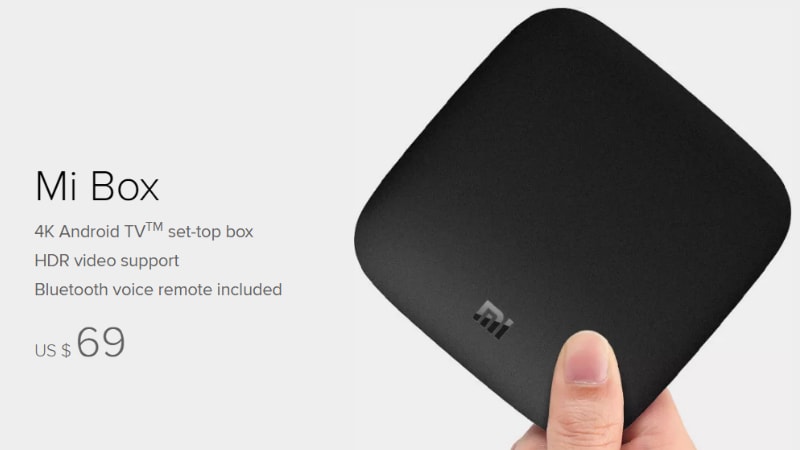 In May, Xiaomi took centre stage at Google's annual developer I/O conference and unveiled the Mi Box powered by Android TV. Now, the Chinese manufacturer has launched the Mi Box in the US, and is selling it on the company website for $69 (roughly Rs. 4,600).

While Chromecast has been one of Google's most successful TV products, the Android TV operating system hasn't managed to gain as much popularity. However, now that Xiaomi is offering the Mi Box at such an affordable price, the scenario could change a little bit. As we already know, the Mi Box is a standalone set-top box running on Android TV 6.0, and can be used to stream 4K video content. With built-in Google Cast, you can cast content from your phone or tablet directly. Alternatively you can even stream Netflix, YouTube, Sling TV, Vudu, FandangoNOW and the other plethora of services through the Android TV-powered Mi Box.

The company claims that the Mi Box can stream 4K content at 60 frames per second, and supports audio standards such as Dolby Digital Plus and DTS Surround Sound. It also supports HDR10 standard technology which improves contrast, brightness, and colour without losing sharpness and clarity. The Mi Box offers HDMI 2.0a cables, which are the latest in HDMI standard for TV connectivity.

The Mi Box is currently only sold in the US, and there is no word when the product will be released in other international markets.