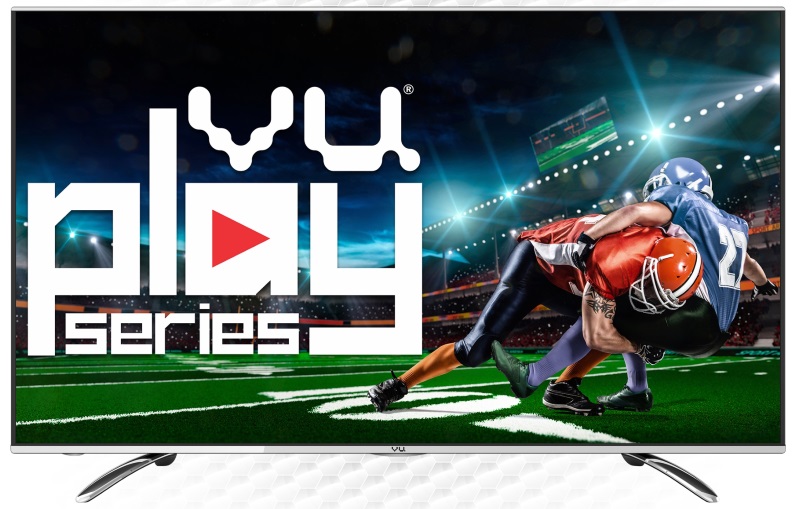 Indian television and display panel manufacturer Vu has launched the Play series of full-HD LED TVs in the country. Available in 24-inch, 32-inch, 40-inch, and 60-inch sizes, all models have full-HD resolution screens. The range is priced from Rs. 25,000 for the 24-inch model to Rs. 85,000 for the 60-inch model.

Devita Saraf, CEO and Design Head, Vu Technologies commented, "In our constant endeavour to innovate technology and deliver the best to our consumers, we are elated to introduce The Play Series in the market. Redefining the television experience, The Play Series lets you explore and enjoy television like never before. At a great price-point it's a new way to enjoy content."

The Vu Play range features VGA and HDMI connectivity, headphone and auxiliary connectivity for audio, wireless mobile-phone screen sharing with Miracast, as well as MHL and DLNA for additional connectivity options. The TVs are Internet-enabled and have access to various Internet-based services, including YouTube, Facebook, Twitter, and Web browsing.

There are also various picture and audio enhancing technologies, such as Advanced Super Dimension Switch, achromatic technology, a full colour optimiser and Digital Noise Reduction. The TVs have also been manufactured using moisture and dust-resistant components, along a promise of solid industrial manufacturing for quality. The Play series comes with an inbuilt digital media player, which supports various audio, video, and image formats.

Vu, launched in 2006, has a wide variety of televisions on sale through its channels in India, including 3D, 4K, and Smart options. Vu also makes the Super Mac TV, a television with a built-in Apple Mac computer.