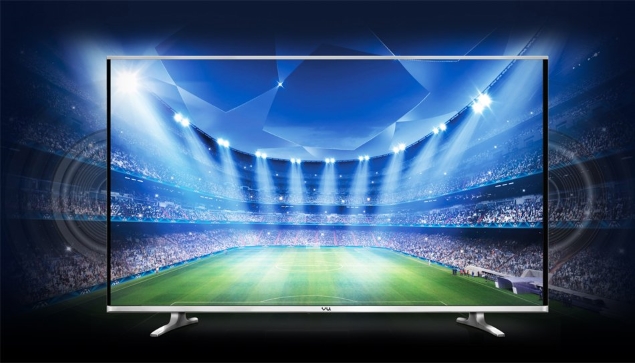 California and India-based Vu has launched its new 42-inch full-HD Edge LED TV. The TV sits in one of the most popular size categories and costs Rs. 32,000. The company has stated that the TV will be available to buy exclusively through Flipkart, but the TV is also listed on and can be bought through Vu's own website. Furthermore, the Flipkart listing states limited availability, with major locations such as Mumbai and Delhi being excluded completely.

The 42-inch TV features a 1920x1080 pixel screen and three HDMI inputs, and also claims to have the brightest panel in the industry for full-HD TVs. It also features Achromatic technology and a full colour optimiser, for improved picture, colour reproduction and sharpness, along with improved speakers than can be heard up to a distance of 20 feet. One of the key design features of the TV is its slim frame and narrow bezel, which gives the TV its sleek looks.

Devita Saraf, CEO of Vu Technologies, said, "This TV magnifies the visual experience of entertainment while introducing many industry firsts in India. It comes with the A+ grade rating which only 15% of TVs in the world have passed. We take pride in launching the Vu 42'' Full HD Edge LED TV in the country, heralding the new era of upgraded technology in televisions."

The TV also has moisture and dust-resistant components built into the frame, that claim to keep the TV protected from weather-based damage. It also comes with pixel-mapping and interpolation technology for enhanced text in video and motion, respectively.

Last month, Vu launched the TViST speakers, which can be assembled either as a soundbar or twin tower speakers, to enhance the sound. The TViST speakers are not sold separately, instead coming bundled with specific 60, 65 and 85-inch models.