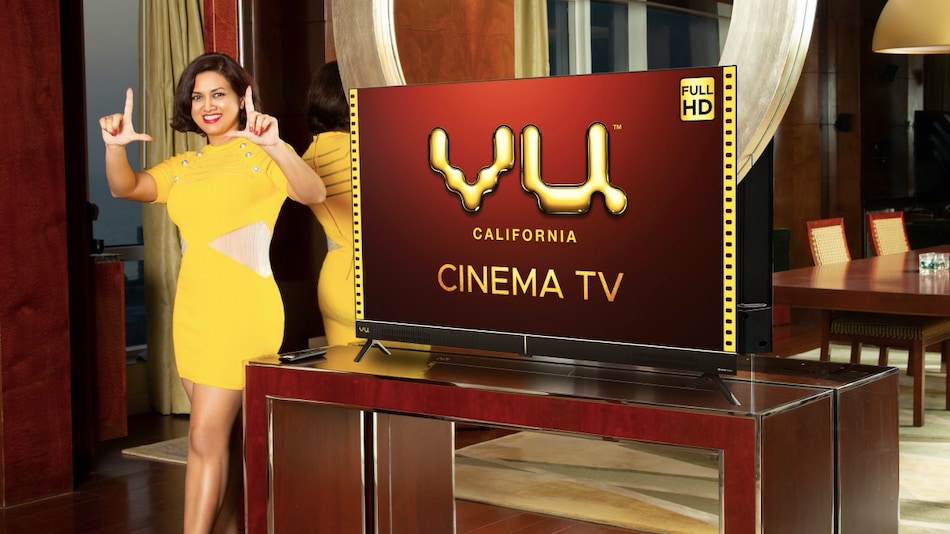 Vu has launched two new variants of the Vu Cinema Smart TV series, with a 32-inch HD-resolution option and 43-inch full-HD variant added to the range. The Cinema TV range from Indian television manufacturer Vu was launched earlier this year in three sizes at Ultra-HD resolution, but Vu is now bringing the benefits and features of the range at smaller and more affordable sizes and resolutions. The new variants of the Vu Cinema TV will go on sale on June 23 on Flipkart.

The new variants are already listed on Flipkart, with the 32-inch Vu Cinema TV featuring a 1366x768-pixel HD LED screen, and the 43-inch variant coming with a 1920x1080-pixel full-HD screen. Both TVs feature built-in Chromecast and support for Apple AirPlay, along with Dolby Audio tuning for the 40W soundbar-style speaker system. The 32-inch variant is priced at Rs. 12,999, while the 43-inch variant goes for Rs. 21,999.

The Vu Cinema TV range was first launched in January this year, priced from Rs. 26,999 onwards and available in sizes of 43 inches, 50 inches, and 55 inches. All variants in the range come with 4K screens, along with support for HDR content up to the Dolby Vision format.

The company has now brought some of the key features of the Vu Cinema TV range to smaller and more affordable screen sizes, including the 40W front-firing built-in soundbar, and Android TV 9 Pie with access to Google Assistant through the voice remote.

Interestingly, Vu has brought some of the core features from the more expensive 4K Cinema TV range to its new affordable variants as well, making the range more appealing to entry-level customers. Priced at Rs. 12,999 and Rs. 21,999 for the 32-inch and 43-inch variants, the TVs go up against strong competition in the segment from Xiaomi and Realme, while offering better sound quality as a unique selling point. We were impressed with sound quality on the Vu Cinema TV 50-inch 4K variant and expect it to be good on the affordable models as well.

OnePlus is also expected to launch new affordable televisions in India in July, with prices starting at under Rs. 20,000. Vu will face tough competition from these new launches, but has used its years of local experience and capabilities to stay relevant in a highly-competitive segment.