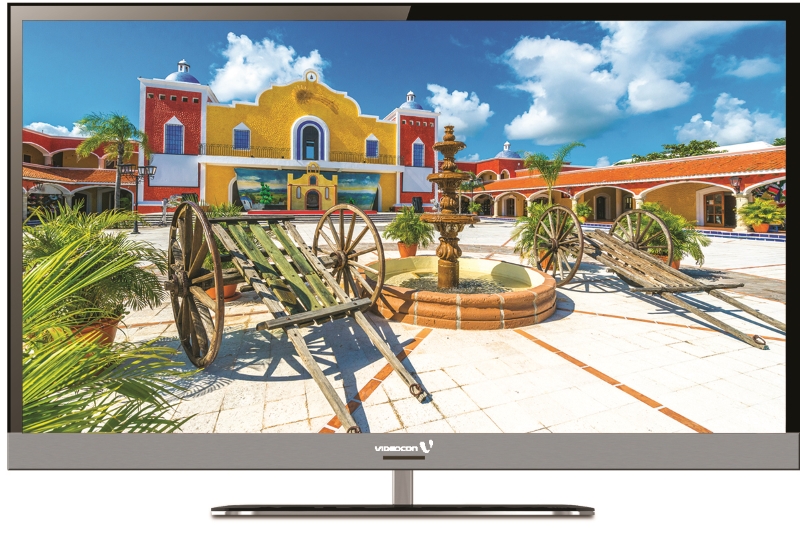 Videocon has launched a new range of full-HD LED TVs powered by Liquid Luminous Technology. The company claims that the technology can reproduce 95% of the colours that a human eye can perceive, as compared to 72% for conventional LED TVs. The technology is also claimed to offer a cutting-edge diffusion film technique which helps in smooth transition from one scene to the other to avoid blurred effects, with efficiency in providing soothing and relaxing effects without extending any stress to the eyes.

A total of 12 new TVs have been launched in the range, with sizes ranging from 24 to 55 inches. The range starts at Rs. 17,490 for the 24-inch model. All of the TVS in the range feature Videocon's Digital Direct Broadcast (DDB), which allows direct reception of the digital signal, with the digital set-top box built into the TV itself. The TVs also have USB PVR (Personal Video Recorder) technology, which allows users to record live content and watch it at the same time. You can also play and pause live TV at will. The DDB Series also features Soen Sound, Smart Connect, and over-the-air software updates, among others fetures.

Videocon already has established businesses in television manufacturing and sales, as well as direct-to-home digital television services. With this new DDB range, the company will hope to combine its business interests in the two segments and have customers use a single product with not only the hardware, but even the television service built into the product itself. The new range of DDB TVs offer full-HD resolution even at the smaller-sized variants, and promise superior picture performance.

Jolla Tablet With Sailfish 2.0 Goes Up for Pre-Orders
Android Devices to Soon Have Less Google Bloatware