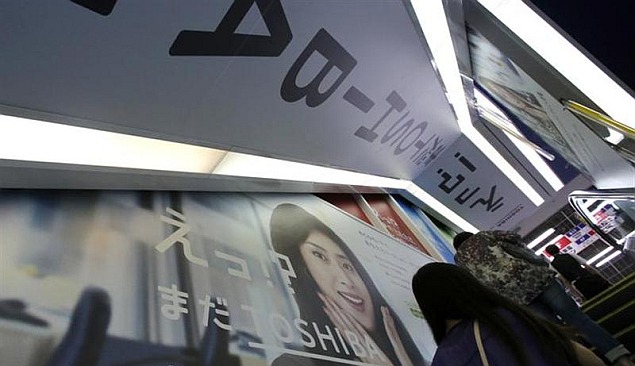 Toshiba Corp said on Monday it would cut 50 percent of staff in its loss-making TV unit and cease production at two of its three overseas factories before the end of this fiscal year.

Toshiba said it would increase outsourced production to 70 percent from 40 percent and reduce its global staff in the division by 3,000, with two-thirds of those positions overseas. In July it said it would move 400 staff, included in that figure, to other business units.

The company did not say which two of its three factories in China, Indonesia and Poland it would close.

Toshiba's TV segment has been in the red for the past two years due to weak global sales, partly due to a slowdown in Europe and a fall in domestic demand after a short-lived boost from the switch to digital broadcasting.

In July the company announced plans to cut a combined 10 billion yen in costs in its television and PC businesses this fiscal year, and then double that figure in the following year to cope with weak demand.

The company said it expected the measures to help its TV division to swing into the black in the second half of this fiscal year.