The Site: 1 Is a Handmade Bluetooth Speaker for Audiophiles 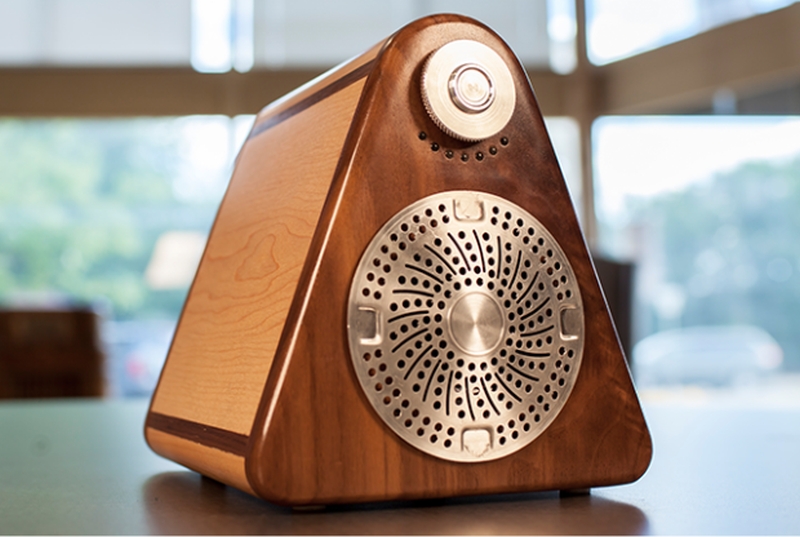 We've all gotten used to keeping a Bluetooth speaker around - it makes a lot of sense considering how many of us keep our music on our phones these days - but the problem with these speakers is that most of them are small, mass produced objects. If you've ever wanted a beautiful wooden speaker that could also connect using the latest technology, then the Site: 1 on Indiegogo looks like a great option.

These speakers are supposedly individually tuned, and the handcrafted wooden speakers look utterly beautiful. Metal knobs and accents just highlight the design, and we believe that speakers shouldn't just sound good but also look great, in a classic sense.

The speakers are available in four different materials: black walnut, which produces the most bass; mahogany, which is often used for guitars, because it produces warm tones; cherry, which produces more mellow sounds; and maple, which has a bright sound.

The speaker weights between 1.3 and 1.6Kgs, depending on the material you picked, and the 2250mAh battery is supposed to last for 15 hours of playback. The speaker can be connected via Bluetooth, or a 3.5mm cable.

You can see the detailed explanation in the video below:

About Kickstarter of the week
In this weekly column, we look at crowdfunding sites like Indiegogo and Kickstarter, to try and find the coolest new projects from the world of crowdfunding. Sometimes, we've found really interesting projects like the Here Wireless Headphones, which function as an audio equaliser for the real world. At other times, we've come across stuff that's just fun, such as the tobyrich.vegas gaming drones.

Not everything we find here is going to be the next Oculus Rift or Pebble Smartwatch(https://gadgets.ndtv.com/tags/pebble), and of course, with any crowdfunded project there's the risk that it won't actually ship, even after being funded.

Still, if you can afford to set a little money aside, some of these projects can be really cool, and worth backing. To see more from the world of crowdfunding, check out our previous Kickstarter of the Week stories.