Teewe to Add Torrent Streaming Functionality in Next Update

The update fits with the startup's mission to enable users to play anything from anywhere on the television, and will be rolled out end of October or the first week of November, said Sai Srinivas, Co-Founder and CEO at Teewe.in, speaking to Gadgets 360. 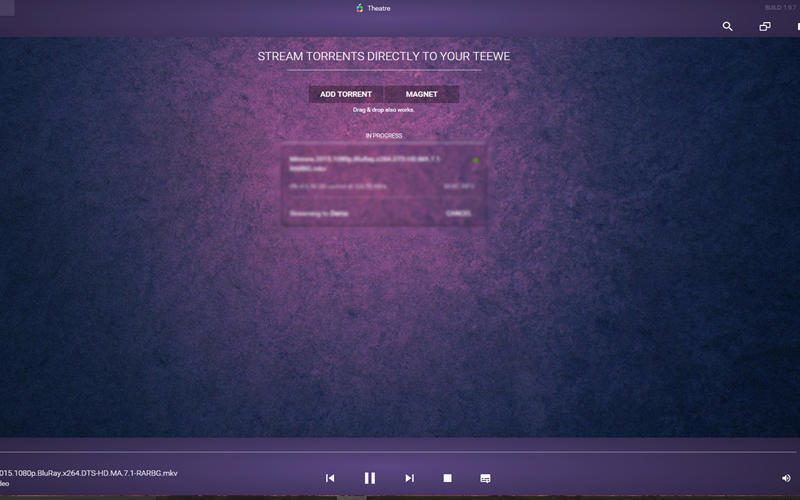 "We didn't want to aid piracy - unlike Popcorn Time or any other guys, we don't show the movies. If you happen to have a torrent, you can drag and drop it into our desktop application, and it will stream to the television directly," he said.

This feature has long been possible on a Google Chromecast, either through apps like Popcorn Time, which eliminates the need to manage torrent files, or through apps like Vuze, which lets the user search and add torrents, with magnet link support.

It remains to be seen if the Teewe platform sees the same kind of platform support as a Google gadget, considering there's already an active community that builds third-party apps on the Chromecast. For now the Teewe crew is building in the features on their own.

Another upcoming update, scheduled for January, will enable the dongle to run mobile games, Srinivas said, when Teewee releases an SDK that lets any Android developer publish a game on their platform. "The beauty is that the game runs on the Teewe device, and the SDK pushes the controls to your phone," he added.

Teewe's dongle works with mobile and desktop apps on iOS, Android, and Windows and Linux, it also pairs with a Google Chrome plugin that lets users stream videos from the browser to the television.

On the phone, a new app called Teewe Couch will provide Newshunt-like functionality for Web video. "We basically put up content available at all these places and credit it to them. All of this is beautifully put together and organised and curated on a daily basis," he said, adding that whatever ads they have on their website will also be played on the Teewe device.

"The browser can open any particular video streaming link and start streaming the video content, and gives you the control on the phone. That whole technology stack has been patented by us," Srinivas said.

Teewe to Add Torrent Streaming Functionality in Next Update
Comment